How to stop worrying and love the Barclay Goodrow contract 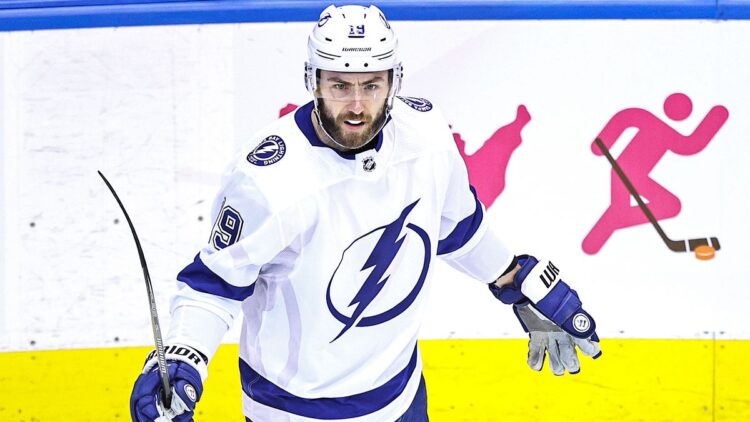 New York Rangers fans are not known as even-keeled or reasonable, but even I – a fan for over 25 years – was taken aback by the reaction I saw to this tweet from Frank Seravalli on Monday regarding the Barclay Goodrow contract:

Not finalized. Expectation is Goodrow will be a Blueshirt once the signing moratorium is lifted with a 6-year deal in $3.6m AAV range. @DFOHockey

A large portion of the fan base went into hysterics, and the denizens of wider hockey Twitter were all too happy to dunk on the Rangers with hyperbole such as “worst contract ever.” My response to that is simply that Tanner Glass would like a word.

Glass is actually a good place to start in this discussion. We’ve seen the Rangers sink lots of money and years into players who are a net negative on the ice. They’ve done so for lots of reasons, most of which revolve around Hockey Man Buzz Words such as toughness, grit, or jam. As analytics have come more to the forefront, and the game on the ice has become more about speed and puck possession, it’s become widely acknowledged that spending money on guys who bring toughness but nothing else is a bad idea.

The folks who voiced their opposition to the rumored Goodrow contract have contended that the former Lightning winger is little more than a fourth liner who benefited greatly from his linemates in Tampa. They argued that the Rangers vastly overpaid simply because Goodrow participated on two Stanley Cup championship teams. They believe a Goodrow analog could be unearthed, either internally or via free agency, for pennies. And so, they declared, this contract is an unmitigated disaster. Lost in all the digital yelling and screaming was, of course, nuance.

I would argue that the following things are all true:

Knowing all that, here are the three main reasons that Ranger fans should stop worrying and love Barclay Goodrow.

The rebuild is over, and the Rangers are in win-now mode

Above all else, this move signals that the Rangers are prioritizing the now over the future. A lot of fans are probably queasy at the thought, but rebuilds aren’t meant to last forever, unless you’re the Buffalo Sabres. Artemiy Panarin isn’t getting any younger. Jacob Trouba and Chris Kreider’s best years are now, and almost every key young player is signed to an ELC, or will be retained for a manageable cap number in their next contract (a la Ryan Lindgren).

The team still has holes, but Chris Drury’s plan is to try and fill those holes this off-season, and he has ample cap space and assets to do so. This is how rebuilds are supposed to work. You amass assets with the hope of acquiring elite talent, then you use your excess draft picks, prospects and cap space to complete your team. A lot of the concern about Goodrow’s contract revolves around the six-year term. I am here to tell you that years four, five and six on that contract are the furthest thing from Chris Drury’s mind right now. It is about the next three seasons for this version of the Rangers.

Roles matter, and Goodrow is good (great) at his

If you’re not familiar with basketball, let me introduce you to the term “3-and-D wing.” A 3-and-D wing is exactly what it sounds like: a wing (shooting guard or small forward) who plays good defense and is predominantly a three point shooter. A team full of 3-and-D wings could never win an NBA championship. But a team also needs several effective 3-and-D wing players to win in the modern NBA.

The 3-and D wing is probably the most common player archetype in the NBA. Every year in free agency and on the trade market, several of them are available for relatively cheap. However, there is a small group of these players who are a cut above the rest, and those are the ones who usually end up on the contenders. They don’t come cheap.

In the wake of the JD and Jeff Gorton firings, Chris Drury stressed the importance of roles. The Rangers of the last few seasons have lacked coherence and structure outside of the top six. There was no shutdown element to any of the forward lines. The lineup overall lacked balance.

Goodrow brings all of the elements the Rangers have lacked the last few seasons. He’s a defensive specialist, with excellent shot suppression metrics. He can play both wing and center, and will likely be the first player that Gerard Gallant puts over the boards in penalty killing situations, as well as late-and-close scenarios with the Rangers protecting a lead.

The Rangers aren’t done, but this move still has a major impact

The Goodrow contract (which hasn’t even been officially signed yet) is the first in what will be a series of moves by the Rangers this off-season. But even if it were the only move the Rangers were to make all off-season, it moves the needle because of who Goodrow is replacing: Brett Howden.

Our own Rob Luker has talked about the impact that simply removing the known bad (Hajek and Howden) from the Ranger lineup would have on the team’s overall chances of success. Howden being shipped to Vegas is great. Howden ostensibly being replaced in a one-for-one swap with Barclay Goodrow is, in the words of Joe Micheletti, fabulous. The Rangers are a measurably better team today than they were a few days ago.

As with every decision the Rangers will make, there are going to be risks. The risk here is Goodrow’s contract hampering the team’s flexibility moving forward. This move is a clear signal that for Chris Drury, Glen Sather and James Dolan, the time for worrying about tomorrow is tomorrow.