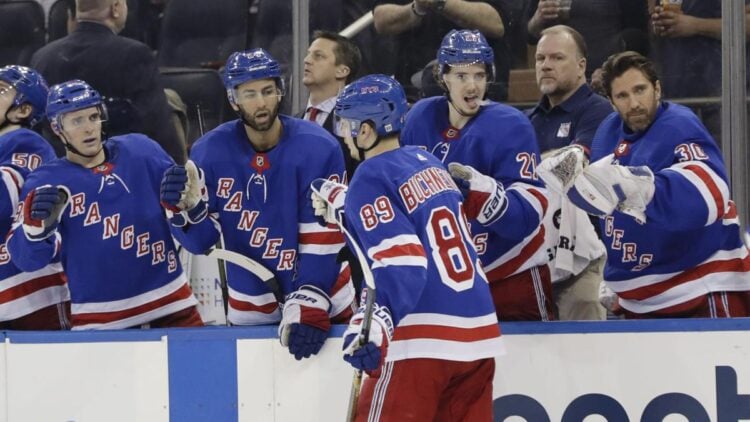 Another hour, another rumor. Per Andy Strickland, the St. Louis Blues are one of a few teams with serious interest in Pavel Buchnevich.

Won’t be easy to pry Pavel Buchnevich away from the #NYR  but #stlblues  among those with serious interest. 20 goals and nearly a point per game this past season.

Chris Drury was rather non-committal on Buchnevich, which has only fueled speculation that he is going to be traded as early as Thursday when the roster freeze is lifted. The price won’t be cheap, as Buchnevich is a bonafide top-six winger who is solid in all three zones.

Trading Buchnevich makes the Rangers worse up front in the short term, but it does depend on return. There is also the missing piece to the puzzle that is his contract. We haven’t heard a whisper about any contract demands. Evolving-Hockey has him at a 4-5 year deal at $6 million. We’ve seen a good amount of contracts come in under the dollar amount but for longer term. It makes you wonder if Buchnevich gets 6+ years at perhaps a little less than $6 million.

As for the fit with the Blues, there isn’t much that makes sense in a deal for Pavel Buchnevich. Robert Thomas is certainly an intriguing name as a young center who could be a middle-six guy with time. Aside from Thomas, I’m unsure what else the Rangers would want that meets the apparent win-now philosophy we appear to be headed towards.