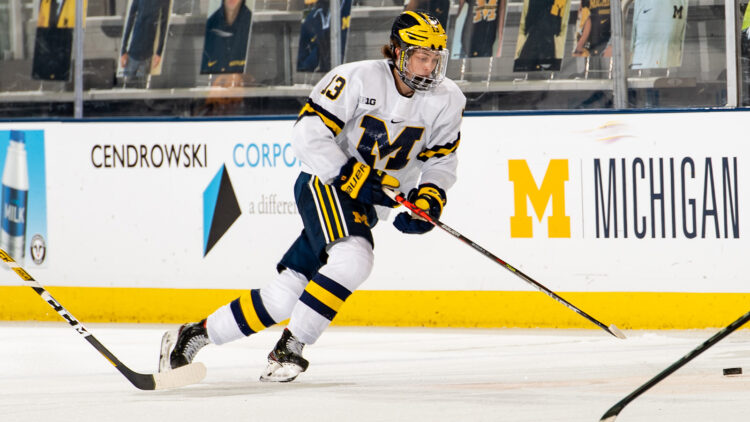 The 2021 NHL Draft order is set, for now. Barring any trades, the NY Rangers will be selecting #15 overall. While the 2021 Draft is deemed “weaker” than the 2020 and 2022 drafts, it is still a draft with solid players available. The Rangers actually have a good situation, where they aren’t picking in the top-ten in this draft. There will be many options at #15, and the scouting report on Kent Johnson is a solid skater and playmaker who is already making waves at Michigan.

It’s worth noting that I am no draft expert. I did a lot of Googling and Youtubing. You should be checking out sites like Future Considerations, Elite Prospects, Dobber Hockey, and others on Twitter. I also started using Byron Bader’s Hockey Prospecting tool to add a more analytical view of prospects. Also, I’m using McKeen’s 2021 rankings as leverage now that the players I’ve asked around about have been covered.

Johnson is an interesting center prospect since he is already at Michigan and had a strong freshman year. His 9-18-27 line in 26 games was good for the B1G All Rookie Team honors. The Rangers have also had a lot of viewing of him, as he’s 2020 7th rounders Eric Ciccolini’s teammate.

Johnson is a great skater, and it’s one of the highlights of his game. He has solid top speed, acceleration, and agility. When he gets speed through the neutral zone on the breakout, he’s very difficult to stop, making controlled zone entries a norm for him. He regularly keeps defenders on their heels.

The second dangerous weapon in his arsenal is his vision and playmaking ability. Johnson sees the ice extremely well, and since his hands are able to keep up with his feet, his passes are usually on the money. He reads plays well, using the space defensemen give him to get a shot off. He does have nine goals, so while his shot is not something spoken about, it is certainly an NHL caliber shot.

Defensively, his high-end vision is a two-way weapon. He knows what to do and where to be defensively, and he’s a tenacious back checker.

The knock, right now, on Johnson is that he’s 163 lbs. That’s not that big of a knock though, as kids get stronger and put on muscle. The key thing here to note is that he is not afraid to go to high danger areas. As he gets older and puts on more muscle, he will be able to outwork some of the bigger kids that give him some troubles now.

That’s really the only big drawback thus far. He has a solid all around game, and to be frank I’m surprised he’s only the #15 prospect on McKeen’s board. 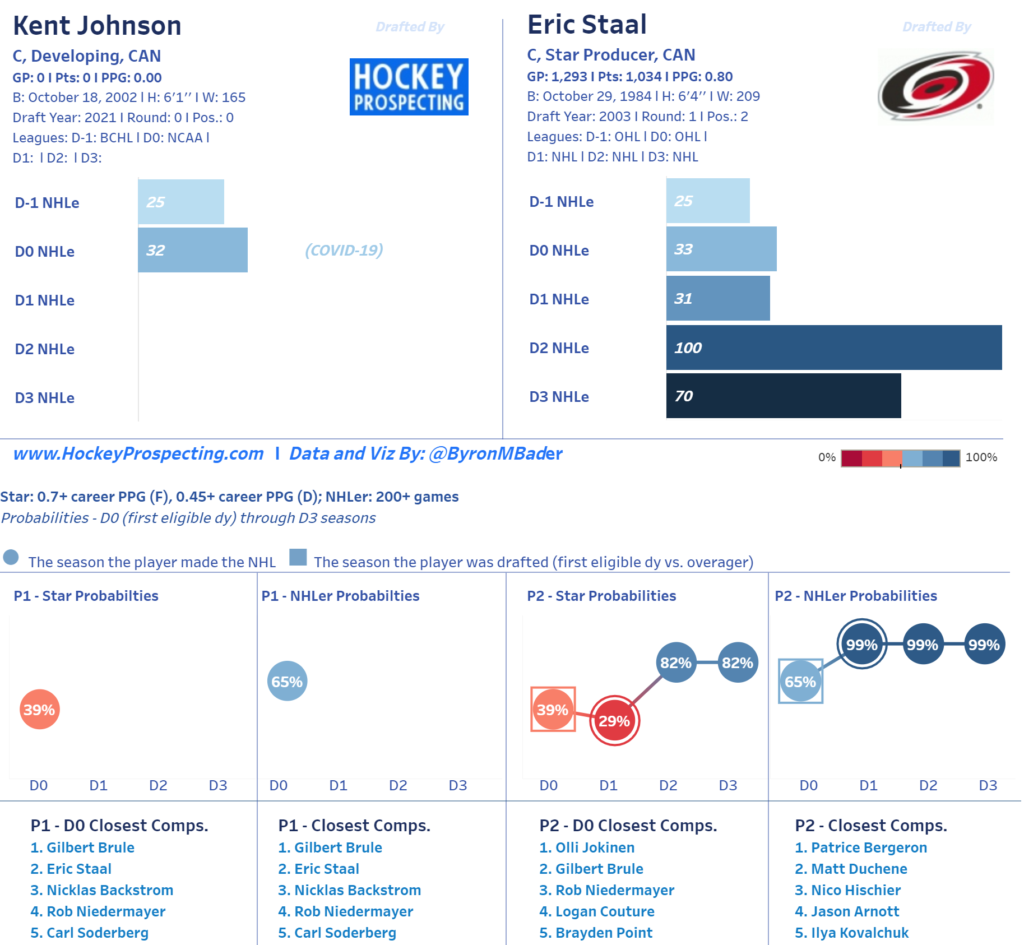 Johnson’s statistical comps are some notable NHLers. I compared here to Eric Staal to show the potential he has, should he pan out completely. COVID impacts matter for the most part, but Michigan did play close to a full season. It is also worth noting that while Staal and Nicklas Backstrom are noted, so are Gilbert Brule, Rob Niedermayer, and Carl Soderberg. All decent players, but they don’t have the star power that Staal and Backstrom have. Goes to show you both sides of the coin.

If the scouting reports are accurate, then the Rangers might be targeting Kent Johnson in the first round. They’ve seen a lot of him, given he’s Ciccolini’s teammate. He had a good amount of playing time to develop in 2021, and the only real knock on his game is his weight. It’s a little surprising that McKeen’s has him at #15, and I think this is a player the Rangers jump on if available.