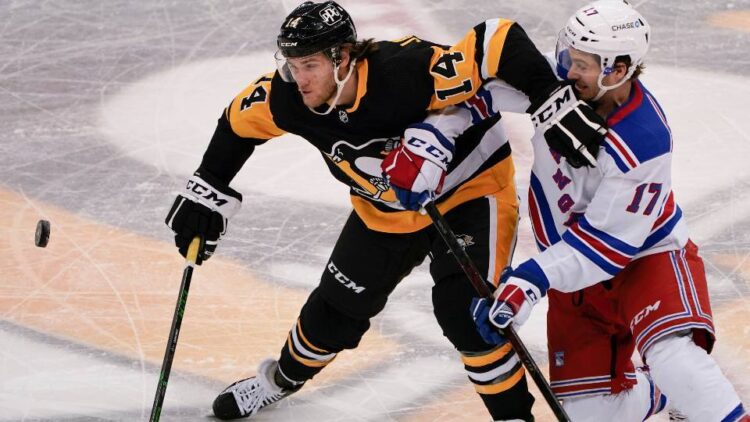 Rarely spoken about, Kevin Rooney was quietly a solid contributor for the Rangers this past season. Signed to a two-year deal mainly for expansion draft purposes, most expected Rooney to fill in on the fourth line, maybe get some PK time, and likely serve as the 13F. Instead, the 28 year old played in 54 of 56 games, putting up nice line of 8-6-14 while playing those fourth line minutes.

In addition to providing some stability to the fourth line, Rooney was one of the primary penalty killing forwards. He was third in penalty kill time behind Mika Zibanejad and Pavel Buchnevich. Rooney’s play has been perceived as good enough to possibly warrant expansion draft protection. There are also whispers that Rooney may be the player selected by Seattle in the expansion draft, if exposed. 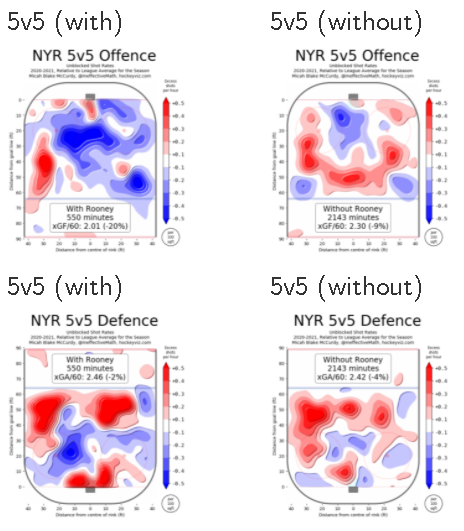 At even strength, Rooney is more or less a known quantity. He’s not going to provide much in terms of offensive play driving, as it isn’t really his style of play. The fact that Rooney is a net-negative 11% isn’t a surprise, given the role and his linemates. Defensively he held is how and was a net 2% positive. Again impressive given the usage and linemates. 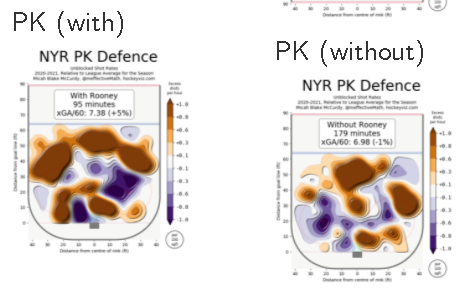 The full picture on Rooney does require looking at his impact on the penalty kill, in which there was certainly room for improvement. All in all, Rooney wasn’t a net-positive impact on the penalty kill. That seems a bit surprising, and it is worth noting this is full season impacts. We can’t tell from this how much the last few weeks of the season may have impacted his numbers, given how much of a train wreck the Rangers were during that time period. While not the best way to compare, his game log doesn’t necessarily show any significant downturn. This does suggest that his PK impact may have been overstated. 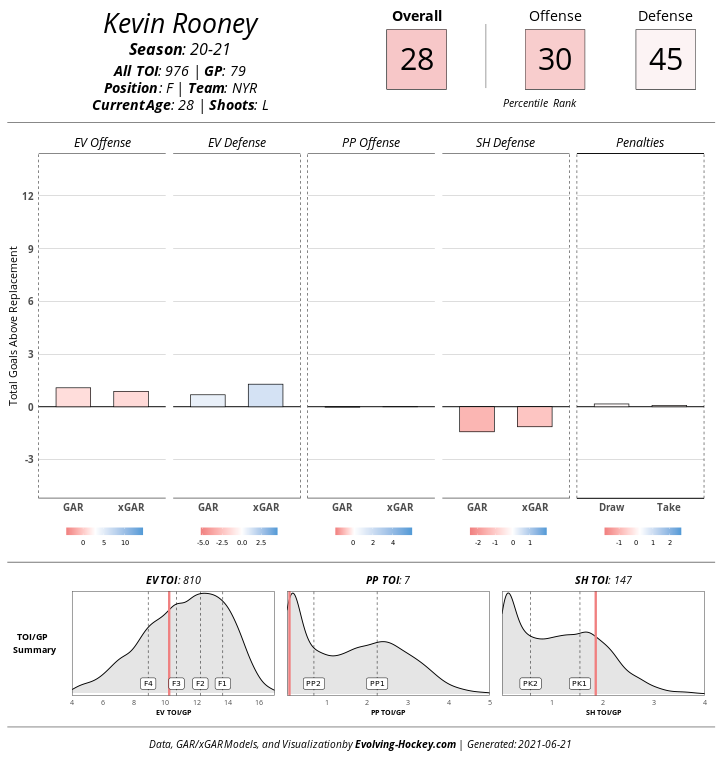 Rooney’s player card also suggests the same, that his perceived value may be higher than his on-ice value. That doesn’t mean Rooney is bad or useless. It means the Rangers might have better options available to them.

Kevin Rooney’s performance is middle of the road in terms of expectation, which reflects in his grade. His role was to be a fourth line role player who filled in on the PK. At even strength, Rooney was an overall net negative, but held his own defensively. On the PK, his impact may have been overstated.