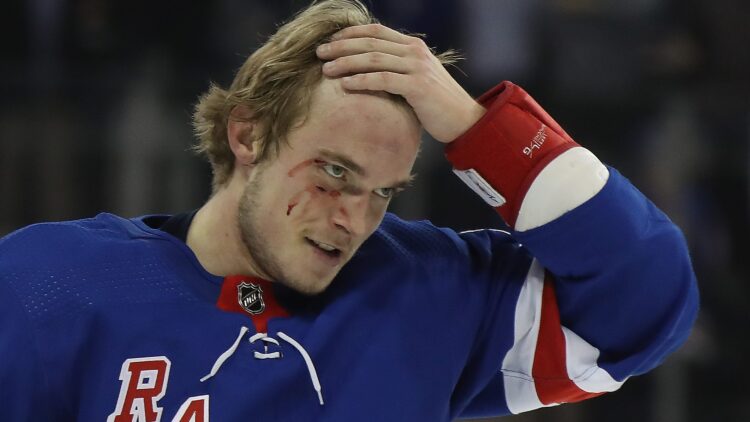 What a year for Ryan Lindgren. Last year, the numbers showed he may have benefited from playing with Adam Fox. Who wouldn’t though? This year, Lindgren solidified himself as a top pairing defenseman, whether or not he was with Fox. Left defense was a giant question mark heading into the 2021 season. But the emergence of Ryan Lindgren completely changed the outlook, and that is what his report card will be based on.

A different type of defenseman

When we think defensemen in the new NHL, we think puck movers. Guys who make that great first pass, can lead a rush, and are great skaters. Lindgren is certainly capable of all this –and he is great with that first pass and a solid skater– but he excels in closing gaps, reading the play, and delivering a punishing hit without taking himself out of the play.

Lindgren’s 1-15-16 line isn’t sexy, but it goes beyond that. Lindgren, Jacob Trouba, and Brendan Smith were the blue line trio tasked with being defensively responsible while also dolling out that “grit” the Rangers have mentioned. It is no coincidence that when he and Trouba were out, the Rangers looked soft. The Rangers missed them both.

Not a one trick pony 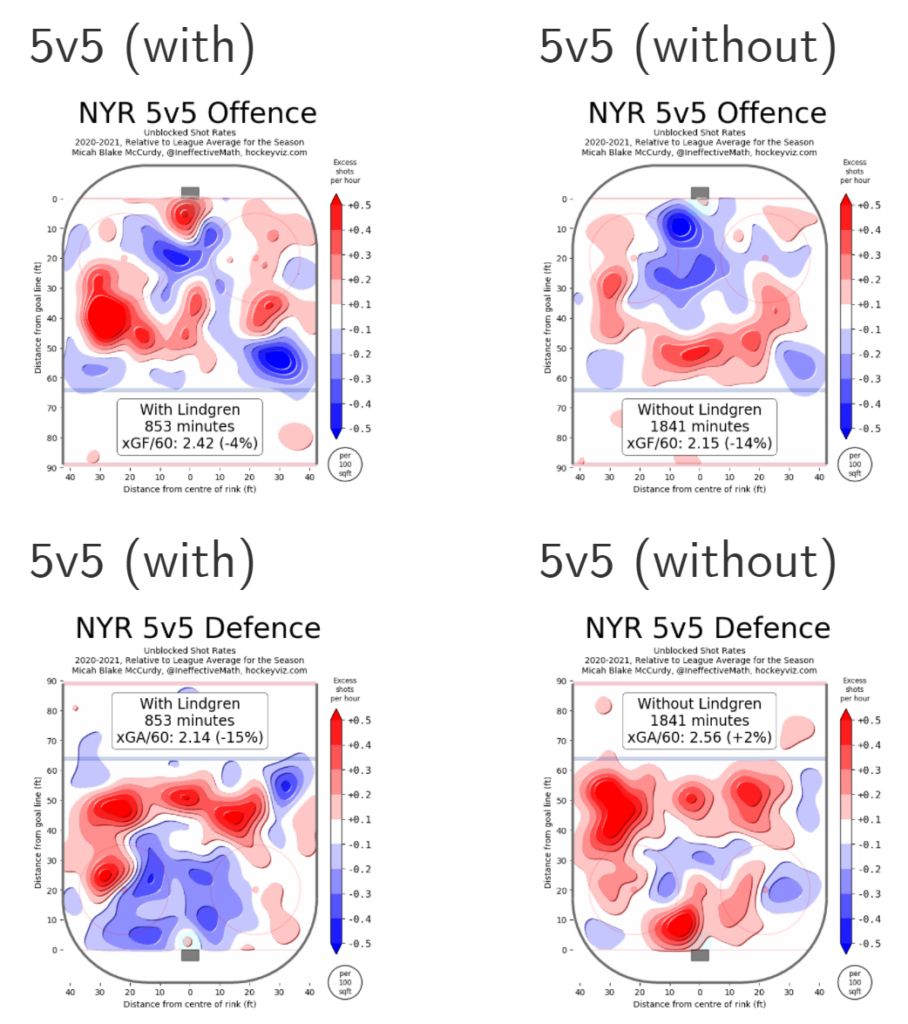 Lindgren was a big net positive at both ends of the ice. What may be the surprise is his 10% net positive on offense, which is consistent with his good puck control and skating. The +17% impact on defense is expected. Lindgren has emerged as a top pair defenseman for the Rangers. He might be one of the more underappreciated defensemen in the league as well. 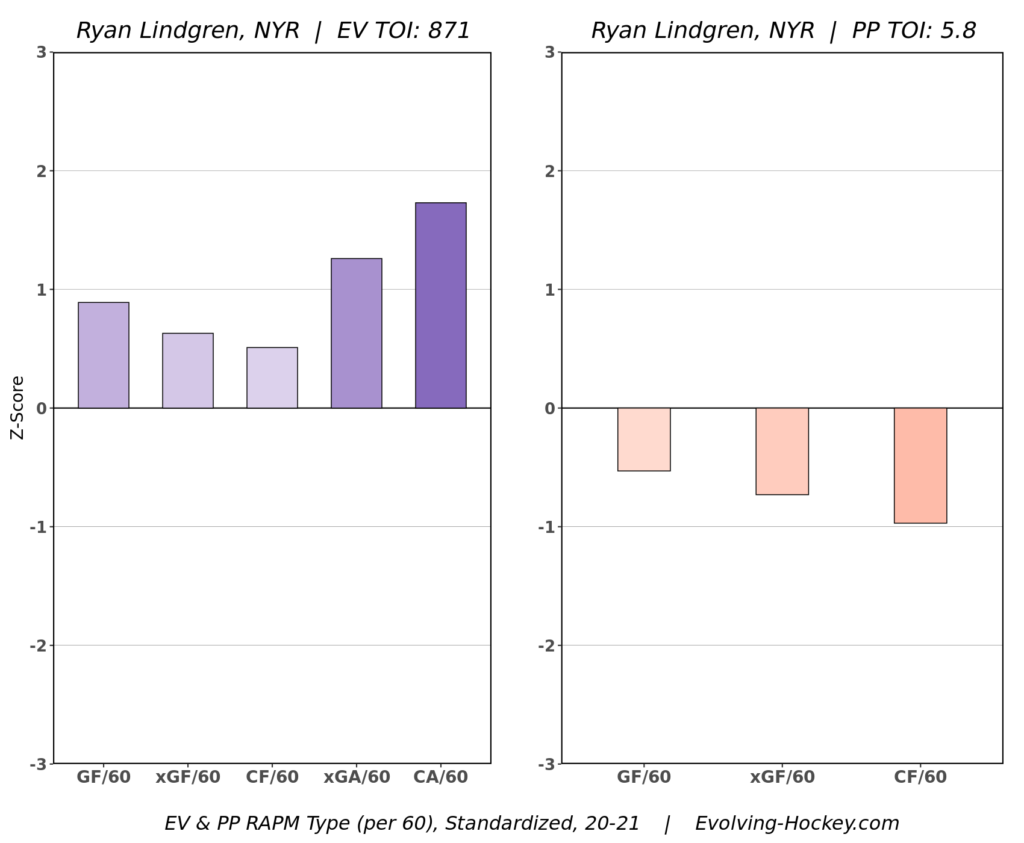 Lindgren’s separated out stats show exactly how he was able to be a net-positive at both ends of the ice. It’s consistent with everything we’ve already discussed above. He limited quality and quantity in the defensive zone, and was ok at moving the play offensively. It is worth noting that his GF/60 was higher than his xGF/60, a sign that he may have had a little bit of offensive puck luck while on the ice. This means the Rangers scored more than expected while he was on the ice. It’s not a big difference, but it’s worth noting and watching for next season.

Ryan Lindgren’s report card grade is based off expectations versus productions. Even those who didn’t share the same concerns didn’t expect the season Lindgren had this year. The offensive impact was a very pleasant surprise, and the defensive impact was better than expected. It’s tough to call this season anything but an amazing success for Lindgren. Now let’s hope he can free Jacob Trouba if/when the Rangers shake up the top-four pairings.