NY Rangers fire JD and Gorton: There’s a Horse Loose in the Hospital 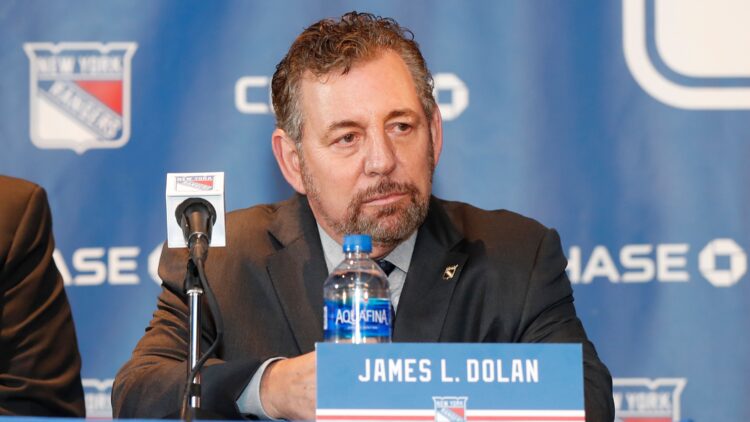 The New York Rangers announced today that Jeff Gorton and John Davidson have been fired from the organization. The news is shocking of course, but the greater implication is worse. Before I dive into my analysis, I would like to reference the great John Mulaney, speaking on a certain presidency that I will not divulge. There is a horse loose in the NY Rangers hospital.

It’s like there’s a horse loose in a hospital. I think eventually everything’s going to be OK, but I have no idea what’s going to happen next. And neither do any of you, and neither do your parents, because there’s a horse loose in the hospital. That’s never happened before! No one knows what the horse is going to do next, least of all the horse. He’s never been in the hospital before, he’s just as confused as you are.”

The Horse is Loose

James Dolan, a guy who happens to own the New York Knicks and New York Rangers, has decided to start paying attention to the Rangers. What this means for the organization is that anything is possible.

Dolan created an organization where firings were more expected than playoff berths, and no one could ever feel comfortable or confident in any direction the team was going.

But he largely stayed out of matters regarding the Rangers….until now.

I started worrying when I saw the statement regarding Tom Wilson. Not because the statement was inaccurate, but because it’s unlike anything I’ve ever read in hockey. I did not believe Davdison or Gorton were behind it. It had to be Dolan.

Foolishly, I thought that was it. But today, Dolan let himself loose in the hospital and announced that chaos is here. Sure, Dolan promoted Chris Drury for some semblance of continuity within the organization. But Drury is unproven and untested. Gorton and more-so Davidson have been behind the wheel of the phenomenal rebuild the Rangers have done.

There has been a consistent vision that has been carried out from day one until now.

What James Dolan wants, James Dolan gets. So get ready to potentially see Alexis Lafreniere on a first line with Leo Komarov. Or Filip Chytil passing the puck to Zack Kassian and Ryan Reaves.

If the Rangers have been operating under eras, the Gorton/Davidson rebuild era is over. The era of chaos is here. Brooks has already reported that the Rangers would like to win sooner, so all bets are off. Everything is on the table.

Perhaps we should have seen this coming. James Dolan cares about his teams being successful far less than he cares about his public appearance. When Tony DeAngelo was kicked off the team, that was a bad look for Dolan and the organization. When Artemi Panarin had to take time away from the team, to Dolan, that must have made him look bad. (I don’t agree with the thought, but it’s certainly how Dolan perceived it).

And now, Tom Wilson. Though insiders are claiming the Wilson situation has nothing to do with the firings, any competent human will not believe them. The Wilson situation has made Dolan look bad yet again. He through his (surprisingly understandable) fit through his statement, which did nothing. So he decided to do something to grab headlines again instead, lashing out the only way he knows how.

Like a horse loose in the hospital, he wreaked chaos on the organization. Years of fantastic rebuilding are now hanging in the balance, with Dolan paying close attention to how things go from here.

I’ve been very confident in the direction of the Rangers for a few years now. But now that the horse has been set loose and James Dolan remembered he owns a hockey team, anything can happen from here.

For better, or much more likely, for worse.