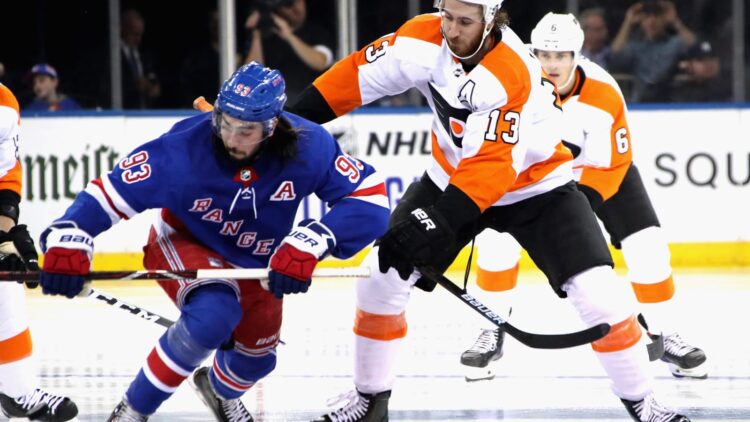 Another Rangers game, another Rangers one goal loss. Though, that is a bit misleading as they made it a one goal game late in the third. An effort that started all Rangers quickly became all Flyers halfway through the game. Penalties galore, complacent effort, and Igor doing all he could as he was peppered with shots just about sums up this 2021 Rangers season. With this loss, it is all but certain the Rangers will miss the playoffs. RIP to the New York Rangers. But that’s okay.

Though the Rangers absolutely could have been a playoff team this season had there been no COVID issues from Zibanejad, no Chytil injury, and some lineup tweaks made too little too late, I’m ultimately hopeful. This team, with all of it’s young talent that shows NHL promise, sets up this team for long term success the next decade. The Rangers are going to be a problem for the league, and it’s going to be sooner than later.

A few things need to be done as we approach the offseason sooner than later. I think it’s been made apparent in his 3 years here that David Quinn lacks the in-game management skill to be an NHL head coach. Quinn shifted Lafrenière to the top line with Zibanejad and Buchnevich whilst shifting Kreider down to the third line with Chytil and Kakko. Those 2 lines looked fantastic, but the rest of the lineup needed some tweaks as well. Kravstov we were told is not a 4th line player by the coach, and yet Kravtsov continues to play on the 4th line. Those little lineup decisions do affect what play is like on the ice. Sticking Kravtsov with Brett Howden and Kevin Rooney is not going to develop him.

So if you want Quinn fired, who do you want to replace him? While that is ultimately not the point as it’s apparent the Rangers are not a good product while being coached by Quinn, there are names that should definitely be on this front offices’ mind. For one, Gerard Gallant. Gallant got the shaft when he was in Florida, and managed to get canned while his team was just in a shooting slump in Vegas. But Gallant is a great coach. You cannot tell me what the Golden Knights did in their inaugural season was not due in part to Gallant. This roster would be one of the more powerhouse rosters he’s coached if he were to come here. The front office should also be on the lookout for a new power play coach, how about Bruce Boudreau?

You want the 2021-22 Rangers to make the playoffs? After you make those coaching personnel changes, you acquire Jack Eichel or Alexsander Barkov. You launch Libor Hajek and Brett Howden to Mars. Inject Barron, Lundkvist, and Jones/Reunanen into the lineup. Play Lafrenière and Kaapo Kakko in the top nine and power play at all costs. Say what you want about Lafrenière’s season, the guy was rarely on the power play. Lowest PP ice time per game for a 1st overall pick since Joe Thornton in 1997. That’s how rare it is to fumble the bag with a high draft pick like Quinn has done with Lafrenière this season. How Colin Blackwell would get preferential treatment made zero sense.

See you next season. Enjoy the last games. Hopefully the kids will get even more time to show what they can do to finish off the year. RIP to the 2021 New York Rangers.