Tony DeAngelo not likely to be traded today 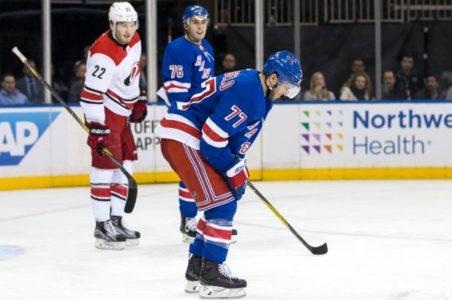 Per Renaud Lavoie, Tony DeAngelo is unlikely to be traded today.

Don’t expect Tony DeAngelo to be traded today. Chances are high that the @NYRangers will buyout his contract this summer.

This isn’t a surprise, as it has been assumed for weeks now that he would not be moved at the deadline. Even desperate teams are avoiding him and that current contract like the plague. His $4.8 million cap hit and $5.3 million actual salary next season is tough to move.

The Rangers will buyout his contract this summer. That will come at a $383k cap hit next season and $883k cap hit the following season. This is also another reason why the Rangers might be reluctant to trade him, as the cap hit in the buyout is much easier to manage.