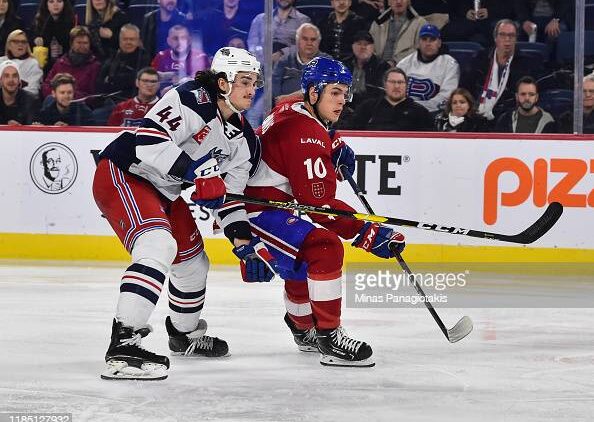 This is an odd one. The Rangers have signed 25 year old defenseman Mason Geersten to a two year contract.

Geertsen was placed on waivers at noon today.https://t.co/U08Q4s28XK

Geersten’s name might sound familiar. He was a part of the 2019 training camp roster, and was one of the third round of cuts that year.

The Mason Geersten NHL contract is interesting, as I believe he was on an AHL contract prior. He’s already played four games for the Hartford Wolf Pack, with one assist. The 6’4, 220 lb defenseman is in his second year with the Pack, with nine assists in 64 games so far over two seasons. This is his sixth season in the AHL.