A look at Nashville’s centers as potential Rangers trade targets 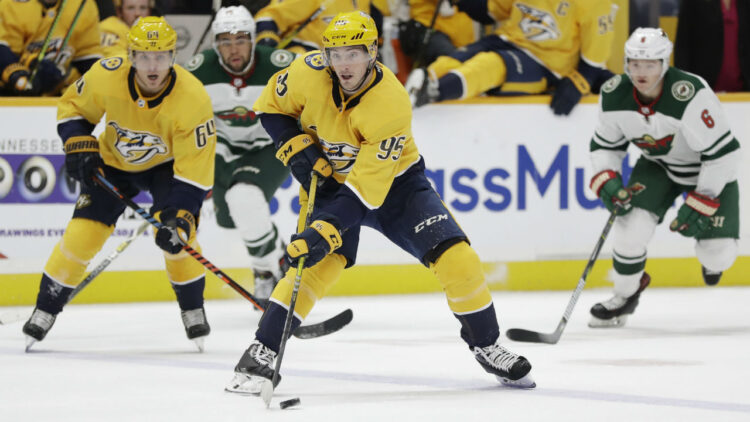 In Elliotte Freidman’s latest 31 Thoughts, he mentioned that the Nashville Predators may be looking to shake things up. Their season doesn’t look promising, and they are at a crossroads. If they decide to sell, they have some interesting assets. The question here is whether or not the Predators assets fit into the Rangers roadmap to contention, and if so, do they fit within the cap and trade cost?

Granlund is an attractive option, as the 28 year old center is putting up good numbers for a middle-six center. He’s fairly consistent, but his point totals did drop the last two seasons. This may be due to injury, as he missed 20 games in each season. That said, he’s got a line of 3-4-7 in 12 games this year. 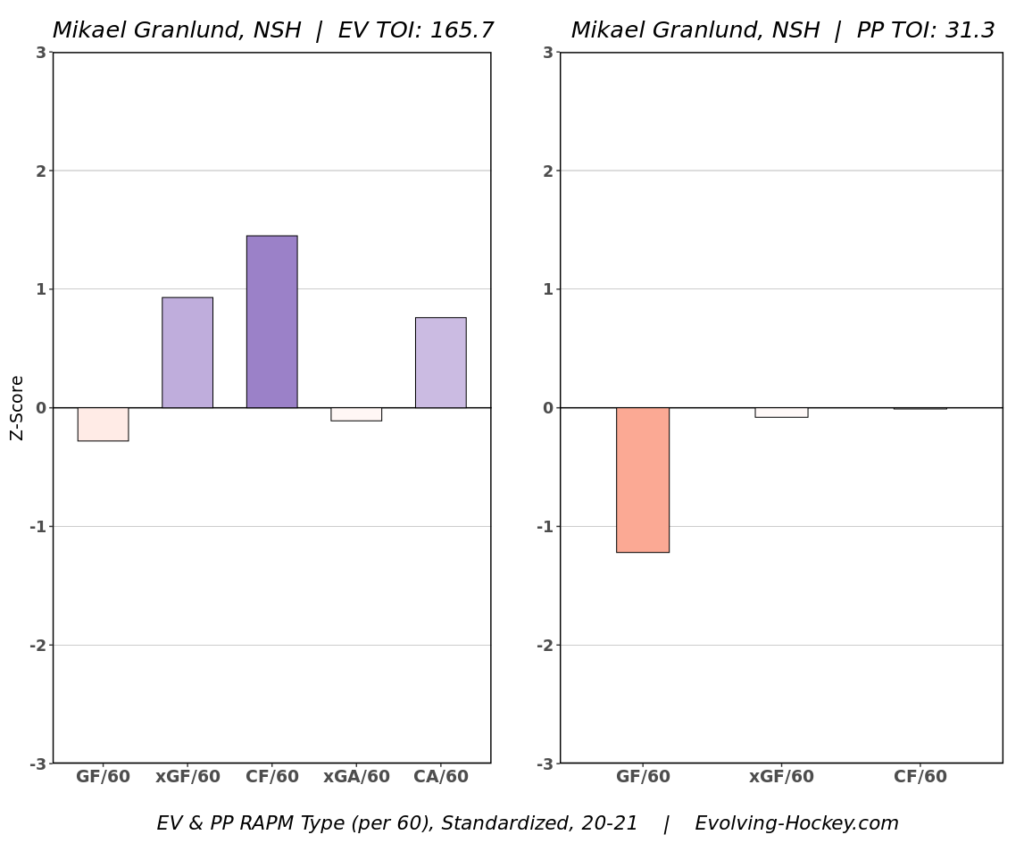 Small sample size warning here, but Granlund does the right things at even strength. There’s an argument that he’s actually had some bad puck luck at evens as well, given the GF/60 is well under his xGF/60. He drives offense and isn’t a liability on defense.

The concern on Granlund is that he’s a UFA this year and will be approaching 29 on his next deal. If the Rangers are desperate for centers, then he could be a fit. However, believe it or not, he’s not much of an upgrade over Ryan Strome. Unless the Rangers plan on parting ways with Strome, then Granlund is, at least this season, just a copy/paste.

Nick Cousins has another year after this one at $1.5 million and is a year younger than Granlund. On paper, that might jive better with the Rangers’ organizational direction. However Cousins, at least this year, is essentially an all defense and minimal offense bottom-six center. He’d be an upgrade on Brett Howden, but that’s about it.

It is worth noting that Cousins is another player with a checkered past. The Rangers just rid themselves of one player with past off-ice issues. Do they want another? 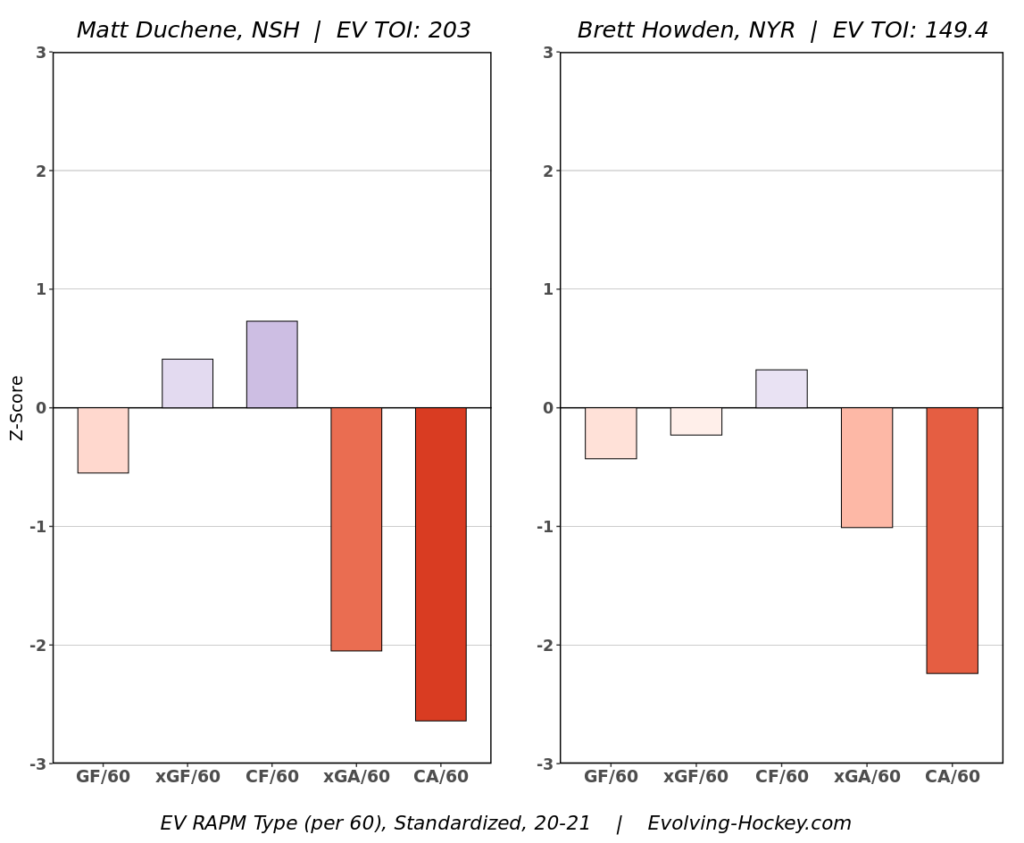 Matt Duchene, already 30, has another five years at $8 million left on his deal. Yikes. Hard pass.

Another oof contract by Nashville, as Johansen has four years at $8 million per year left on his deal. 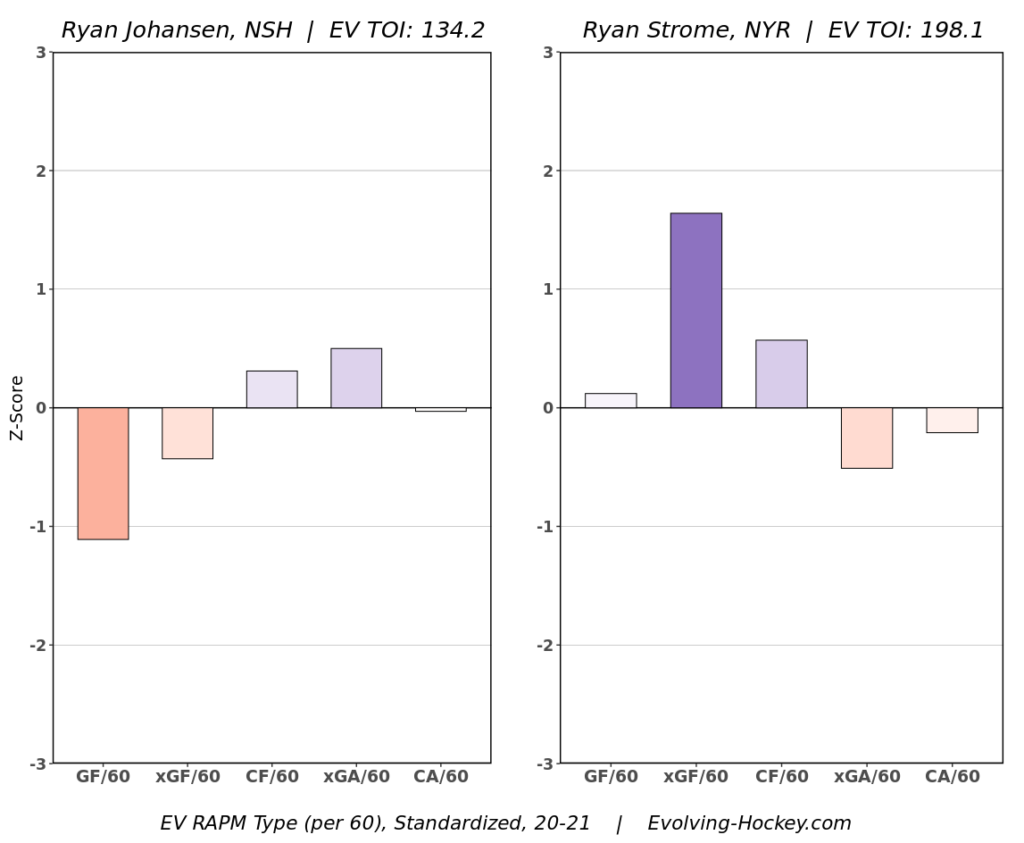 The whole point is to upgrade from Ryan Strome. Not downgrade. Yes this is small sample size alert, but at those contracts for Johansen and Duchene, you need more. This just doesn’t cut it.

The only viable options from Nashville are Granlund and Cousins. The question is whether or not they fit within what the Rangers are doing.

Focusing on the on-ice production, Cousins is likely the cheapest to acquire, but also the one without a real role when the Rangers are healthy. Kevin Rooney is looking just fine in his fourth line role, and he’s going to get the boot once Filip Chytil comes back. If the question is depth, then maybe Cousins fits. But at $1.5 million? That seems like a waste of cap space.

As for Granlund, trading for him makes little sense, as he will be a UFA at the end of the year. Signing him might be beneficial, but he might come in at more expensive and with more commitment than Ryan Strome. Granlund has better defensive play –not a high bar to clear– and comparable offensive numbers. However is it worth it for a guy who will be the 3C? Remember, Chytil will likely be the 2C before the season is out.

The Predators and Rangers don’t sync up here on a trade for a center. The money and the acquisition cost just don’t jive with the Rangers’ direction and rebuild plan. There are far better options out there.