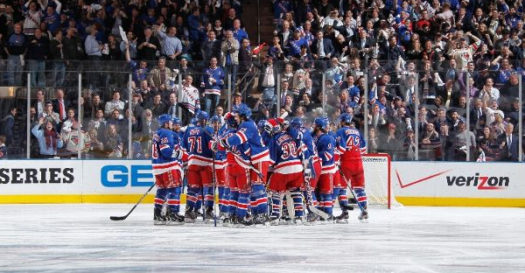 An update to the previous report. The NY Rangers will allow fans at games starting on February 26. The team released a statement 20 minutes ago stating their intentions:

There are still many questions I have, especially around the safety of the fans attending games. I’m giving the team the benefit of the doubt here. I personally don’t plan on attending any games. I’d like to see those attending being responsible before, during, and especially after games. Emphasis on *after the game.*

I, for one, am intrigued to see how MSG balances limited fans in the stands with social distancing and the number of concession stands/restrooms that are open for use. MSG likely won’t have everything open to the 2,000 fans in attendance, so do they consolidate everyone to a few concession stands and restrooms? How will social distancing work then? Will they kick people out who don’t wear masks? What about proper mask usage (over the mouth *and* the nose please)?

Naturally more will come. But we do know that fans will be required to present a negative PCR test 72 hours prior to a game. That’s the first guideline for the Rangers to allow fans in the stands. I’m sure the team will release more.