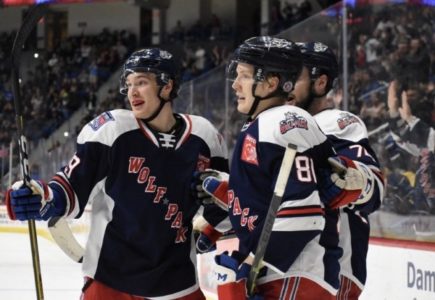 The AHL season is almost upon us, and the Hartford Wolf Pack have released their full season schedule. They will open the season on February 7 against Bridgeport, and they basically rotate between Bridgeport and Providence, according to the schedule.