In the dog days of Fall, it’s always nice when a little nugget falls in your lap. Mike Johnson of the NHL Network thinks unsigned UFA defenseman Sami Vatanen may be a fit for the NY Rangers.

Vatanen is a RD, but Johnson suggests he could play on his off-side to give the Rangers more depth on the left side. It’s definitely a stretch, but let’s break this down a bit.

Not The Old Sami Vatanen

There once was a time where I would have traded almost anyone to have Vatanen on the Rangers. In 2014, before the Rangers extended Dan Girardi, there were rumors of a Girardi/Vatanen swap if an extension couldn’t be worked out. That was almost seven years ago. 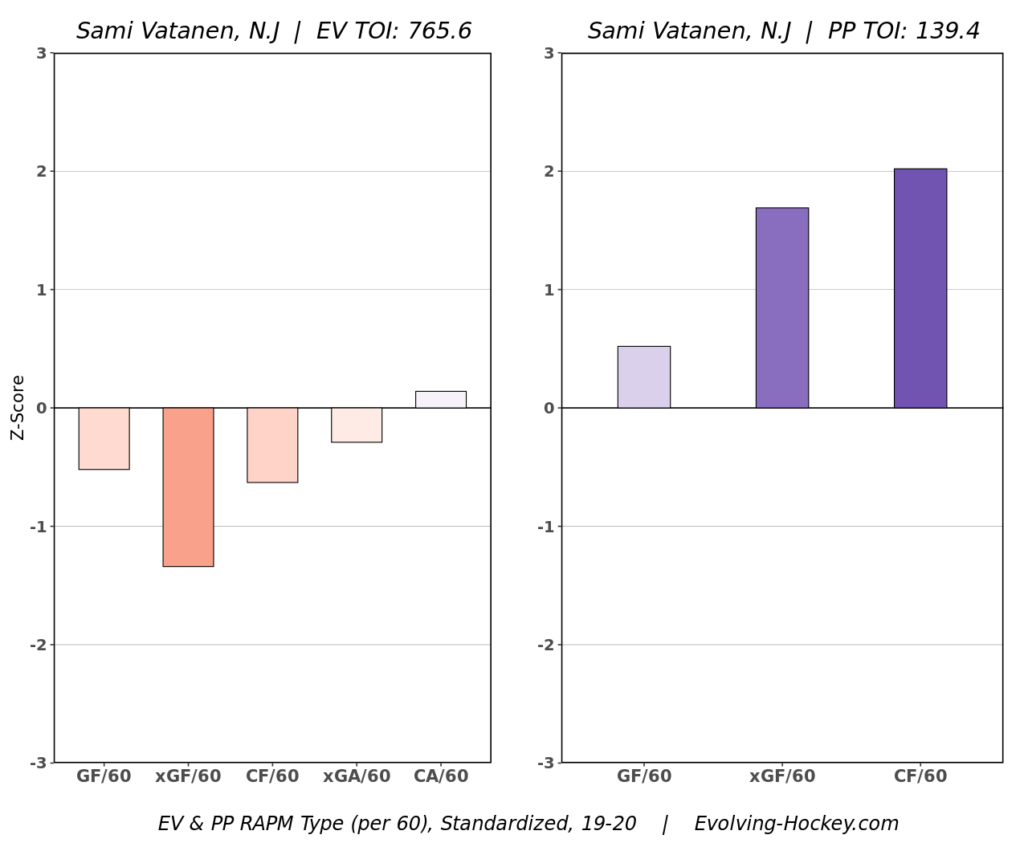 Based on last year’s numbers, Vatanen is basically a powerplay specialist at this point in his career. He’s treading water in his own zone, but he doesn’t drive anything and is a net negative at even strength. He hasn’t been a net-positive at even strength in years, unfortunately. 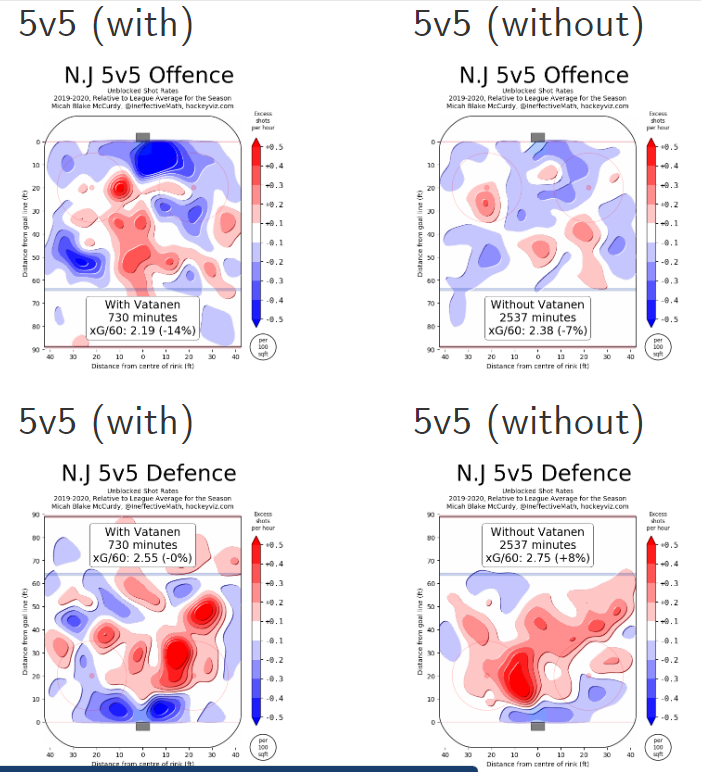 Vatanen was a team drain offensively at even strength with the Devils (only seven games with Carolina). However he was a net positive on defense, but it didn’t outweigh the offensive issues. The Rangers, in theory, could do worse than Vatanen as a bottom of the roster defenseman. I mean, they already have done worse with Jack Johnson. 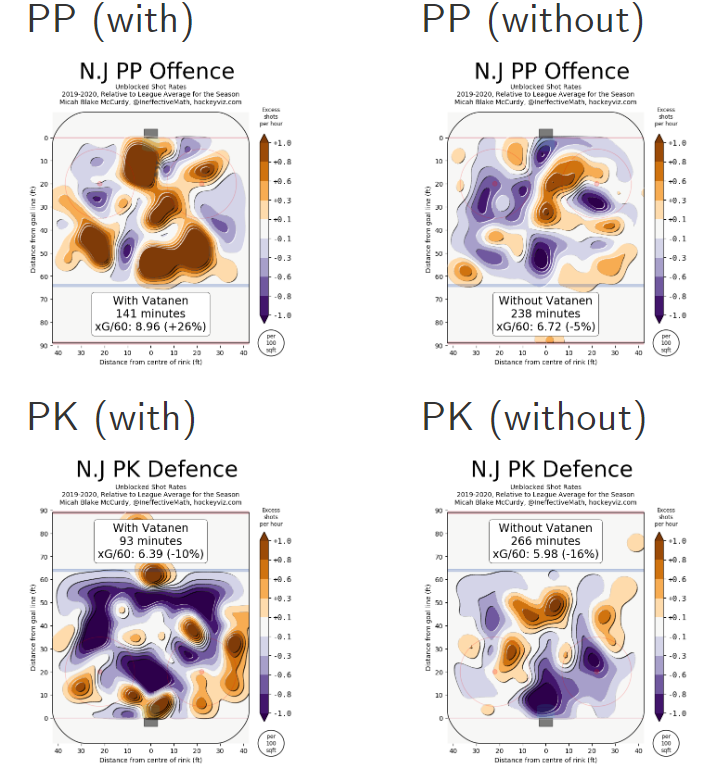 Vatanen’s greatest strength is on the powerplay, where the Rangers are already set. Vatanen isn’t going to usurp control of the powerplay from Tony DeAngelo or Adam Fox. Vatanen did get time ont he penalty kill, but he wasn’t overly effective.

Can It Still Work?

In theory, the Rangers can still make this work. There are certainly worse 3RD options –assuming DeAngelo is moved to the left– than him. The first thing the Rangers would need to do is make roster space by trading Brendan Smith. Smith is the only player that could/would be traded at this point. 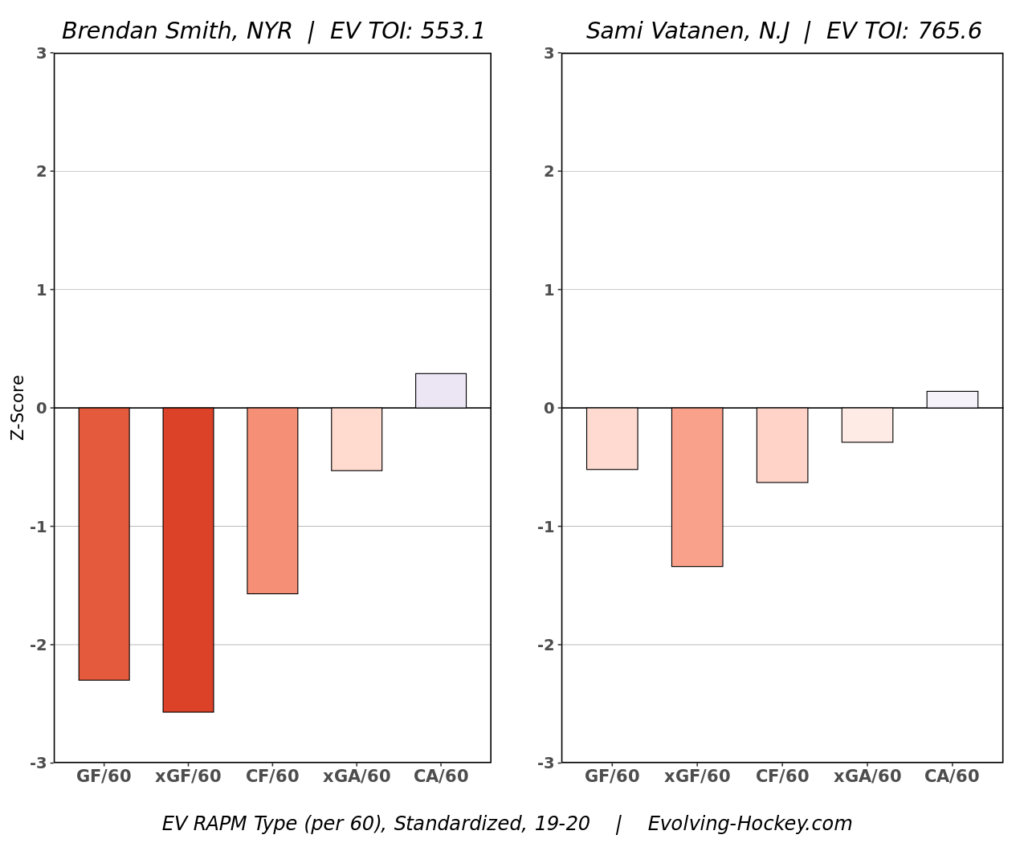 Vatanen would probably be an upgrade on Smith, and if they are looking at RD, then it gives the Rangers their handedness preference.

After that, there is still a fit. You’d have Tony DeAngelo, Ryan Lindren, and Jack Johnson (or a kid) on the left side. That would leave Jacob Trouba, Adam Fox, and Vatanen on the right side. Not exactly a murderer’s row of defensemen, Sami Vatanen adds depth, but not much for the Rangers.

The only way Sami Vatanen can fit for the Rangers is if they are able to create space for him. He’d be an upgrade over Smith, but leveling expectations, if this happens, would be important.