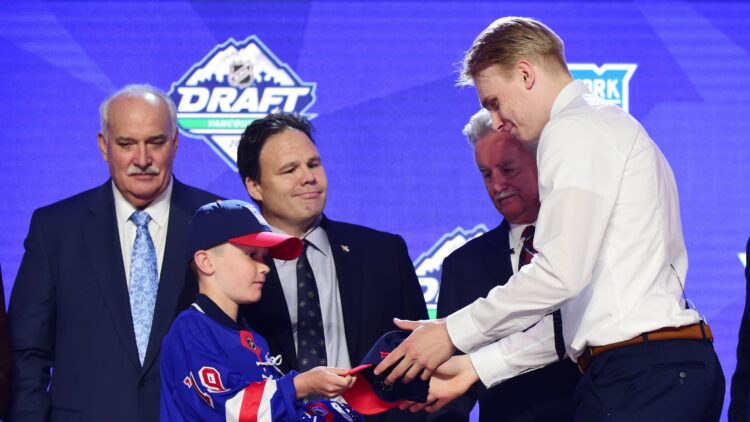 All the players have been accounted for, so now we switch up to the executives. In this case, looking at Jeff Gorton’s report card for the season. Unlike with the players, Gorton gets graded from the end of last season through the beginning of August, when the season ended for the Rangers. It’s about what he did to build up the team while keeping a solid direction for the Rangers.

The Rangers were very active in the offseason, making several big splashes without derailing the rebuild.

Of these major moves, most were home runs. There are three real questions here. The first is whether the Rangers needed to ink Trouba to that kind of deal. It was a big deal at the time, which prompted some concerns. Second is whether the Rangers could have traded Vlad Namestnikov sooner, perhaps for a better return. The third is where that Kreider contract will sit, since it was risky. These are legitimate questions as a flat cap changed the landscape.

On the flip side, getting Fox for a pair of 2nd rounders was a steal. Panarin has been worth every penny. Getting rid of the Skjei contract and still landing a 1st round pick was a solid deal. Acquiring Gauthier, filling a position of need, for Keane, dealing from a position of strength, was a shrewd move.

The draft was a huge win as well. The Rangers may have lucked into Kaapo Kakko, but they nailed every other pick in that draft. Not every pick from the draft will be a hit, but the Rangers went for ceiling and talent. They did not draft a “safe” player, and they have potential steals in Zac Jones and Matthew Robertson.

GMs are judged by their big moves, but it’s the little moves that usually swing the balance. Gorton did pretty well here as well.

The questions here will be about the DeAngelo and Buchnevich contracts. DeAngelo is due a big raise since he broke out this season. Should the Rangers have committed sooner? Same goes for Buchnevich, who has proven himself a solid top-six player. Would a longer term contract have been smarter?

It is important that the Andersson fiasco gets brought up, since it is a stain on such a great year for Gorton. There is a lot of blame to go around here. Andersson, Quinn, Gorton, JD, and Knoblauch all deserve blame. Letting the relationship with a 7th overall pick go this route was not good asset management.

There are also concerns that the Rangers may have rushed Rykov and Kravtsov to the AHL. That’s tough to gauge though.

Gorton’s hits were big hits. While there are concerns about the long-term impacts of the Trouba and Kreider contracts, they are both a part of the immediate future of this team. Last offseason was solid for Gorton, but it can be derailed this offseason if he’s not careful.

EDIT: Forgot about the Kevin Shattenkirk buyout. This ties into the Namestnikov trade. Would it have been necessary if Namestnikov was traded sooner? I still think they buy him out, but the timing was rough. That wasn’t the best asset management. The cap implications for the coming season are real.