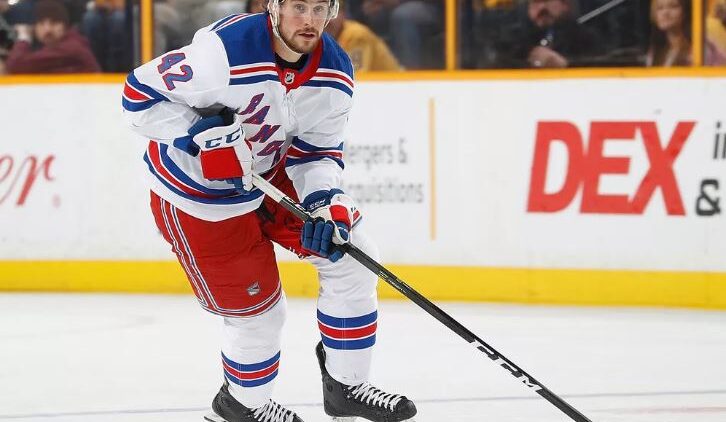 The most complicated report card this season is Brendan Smith. Do you grade Smith as a forward? A defenseman? A utility man? What about all three? How do you separate out his play at the different positions? It’s complicated, since even when he was a forward, he was a defenseman on the penalty kill.

Smith really was an every man for the Rangers this season. David Quinn was insistent on keeping him at forward at even strength, to which he at least performed admirably. Smith was eventually moved to defense after the Brady Skjei trade, becoming the Rangers top pairing LD with Jacob Trouba. Smith’s offensive numbers were modest, posting a 3-5-8 line in 62 games. 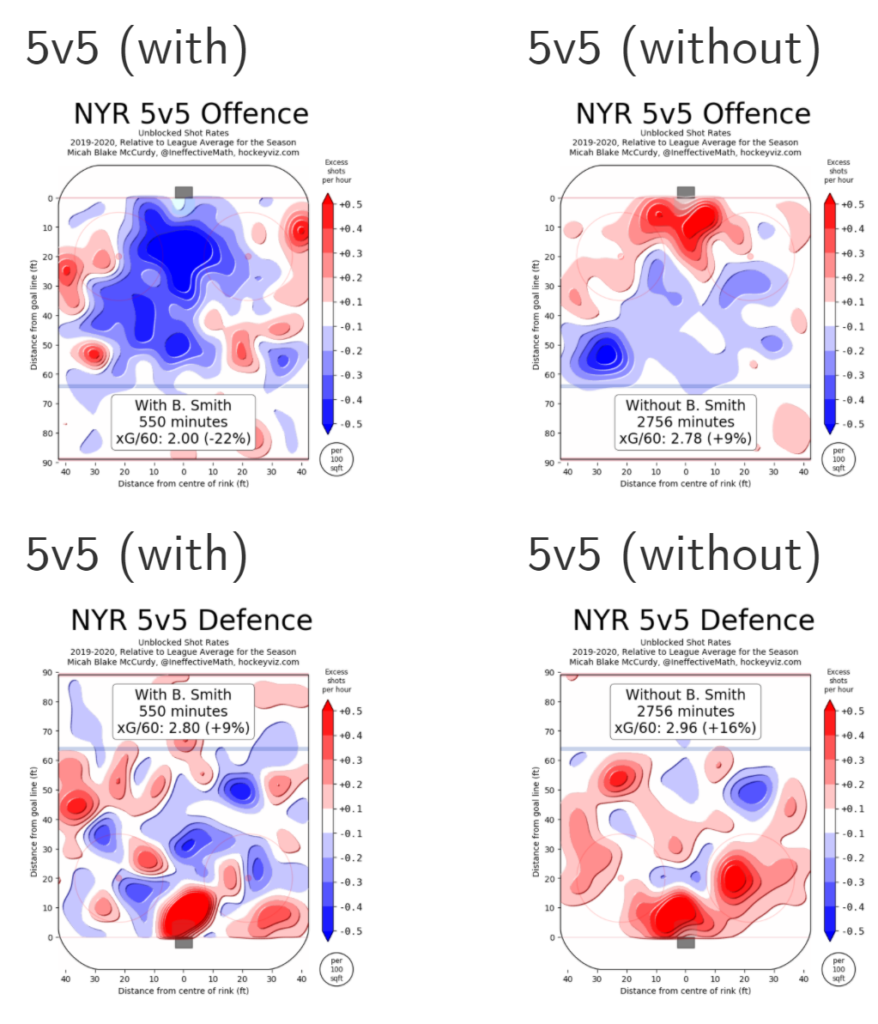 Grading Smith is complicated. It’s not a surprise that Smith’s offensive numbers weren’t that great. He was mostly a fourth liner with minimal offensive opportunities and even worse linemates. He spent most of his time at forward with noted goal scorer Greg McKegg. Defensively, the Rangers were better with him on the. Not much of a surprise here either.

Smith was easily the second best left defenseman on the team once the Skjei trade was finalized. Granted that isn’t saying much, but he was certainly serviceable.

Was Better Once Moved to Defense

The above is Smith’s performance over time, which I felt was important when evaluating his entire performance this year. Smith was pretty terrible as a forward. But once he moved back to defense, which is that low point on the far right, he got instantly better. It was one of his sharpest upticks all year. There’s certainly an argument to be made that as a defenseman, he would have been just fine.

Smith’s future likely isn’t in New York next season. He won’t be remembered too fondly, mostly for his bad contract. But he was a serviceable defenseman when he actually played that position.

Charts from Evolving-Hockey and Charting Hockey.