NHL free agency begins in a month. The Rangers and Jesper Fast have not yet agreed to a contract, and it looks like Fast might test the open market. Fast is looking at roughly $3 million a season over three years, per Evolving-Hockey, and it’s likely he gets that. If the Rangers deem that too expensive for a bottom-six winger, then they will need to find a low cost replacement for Jesper Fast.

The problem with finding a replacement for Fast is that he’s so versatile, and there are few comparisons to him. Fast does many of the little things well, and while his point totals aren’t great, he’s a catalyst for many lines. Replacing him will be tough, and replacing him for cheap will be tougher. There are very few players like him that come in under $3 million, let alone the $1.5 million cutoff I used for this post.

Gagner, who is now 30, is coming off a 6-7-13 in 42 games with the Red Wings. The speedy C/RW has more offensive upside than Fast, but comes at the sacrifice of defensive play. That’s not to say Gagner is a slouch defensively, just that Fast is better in his own end. 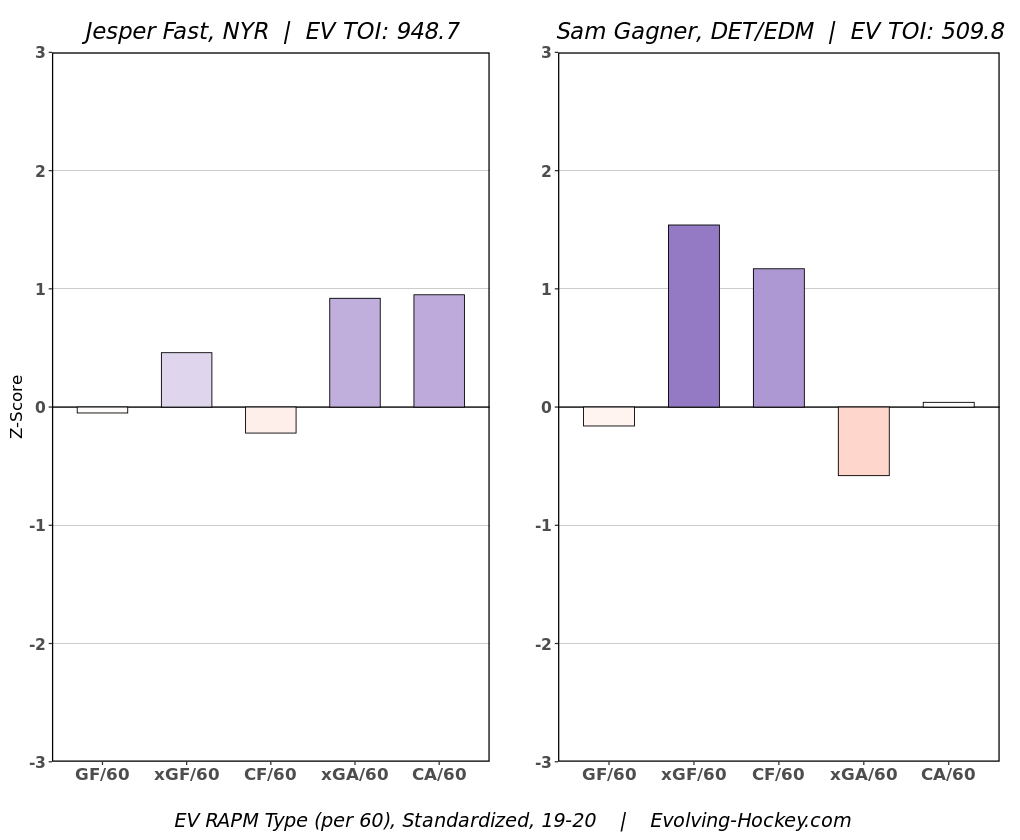 Gagner is looking at a 1-2 year deal in the $1 million range. If cap space does become a concern for next season, then the $2 million savings is a shrewd move. He would also be a good bet to be exposed in the expansion draft.

Girgensons has been a whipping boy in Buffalo, mostly because the former first round pick hasn’t put up any consistent offensive numbers. He’s a black-hole offensively. However, he is pretty solid defensively. He can also play center or wing, giving the Rangers flexibility with their eventual decision on Brett Howden. 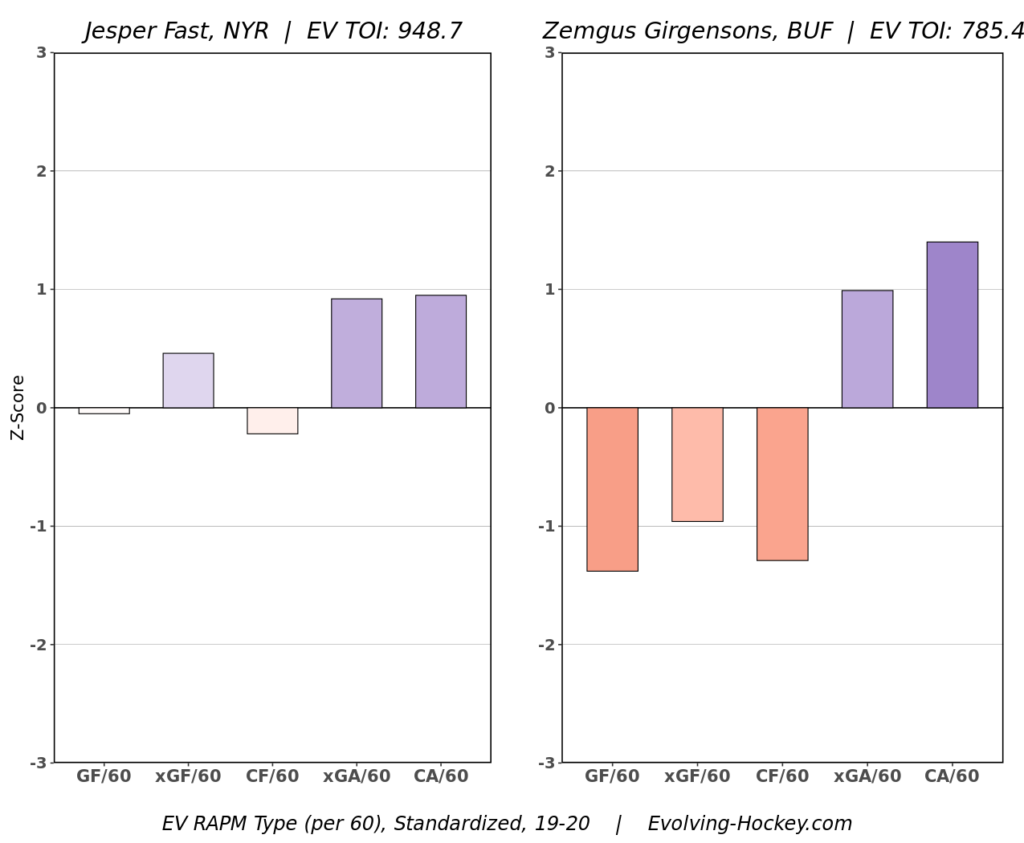 Girgensons is looking at a contract under $1 million, and could be a nice flier to add some stability to the fourth line. He won’t do much offensively, but he would at least be sound in his own end, something the Rangers sorely need. He is very one dimensional though, but that one dimension is pretty solid.

Like Girgensons, Shore isn’t known for any offensive abilities. However he is relatively sound defensively. His defensive numbers are actually right up there with Fast’s, for what it’s worth. 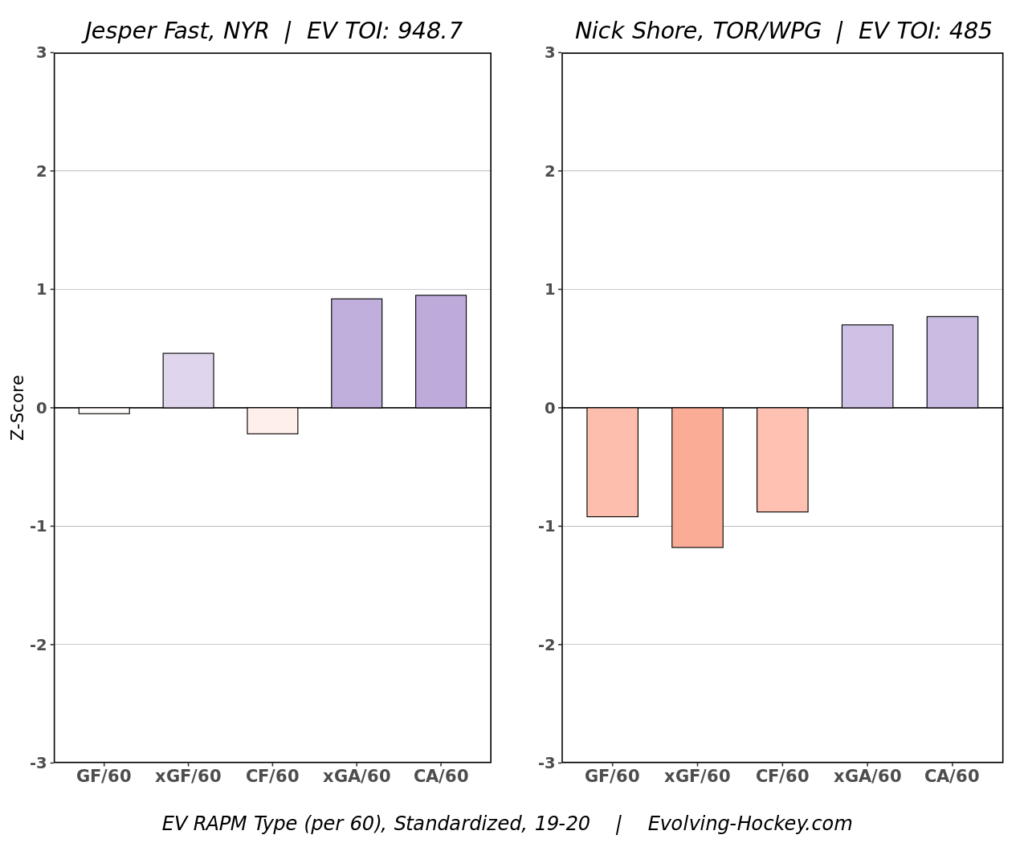 Shore would come even cheaper than Girgensons, which is certainly a low-risk bet on a one year deal. But again, the Rangers would be betting on a one-dimensional player. David Quinn isn’t known for running his fourth line that often, but a more well rounded one might change that. He’s an option, but likely not the best low cost Jesper Fast replacement.

Yes, I know, he’s old. He’s nowhere near the offensive machine he used to be. However that doesn’t mean he’s useless. The talent is still there, and no one loses hockey IQ. If there’s anyone that’s close to Fast’s ability to play in all three zones, it’s Spezza. 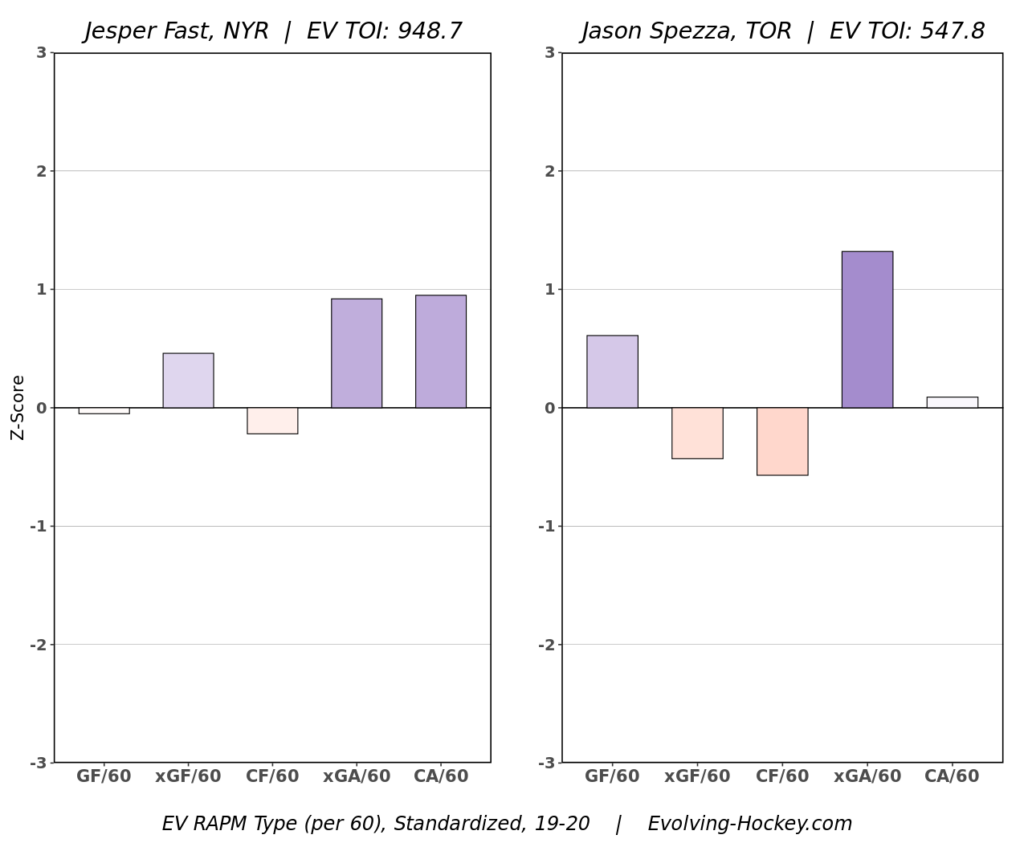 The concern with Spezza is that he has lost a step, and it makes you wonder when the other wheel will fall off. At some point, the game will fly by him. At 37 years old, is that time now? Does he have another year left? Can he give the Rangers some much needed center depth, again allowing them to move Howden to wing?

Noesen might be the best of the bunch, at least in terms of how they fit with the Rangers. He’s 27, plays both wings, and is much more balanced offensively and defensively. 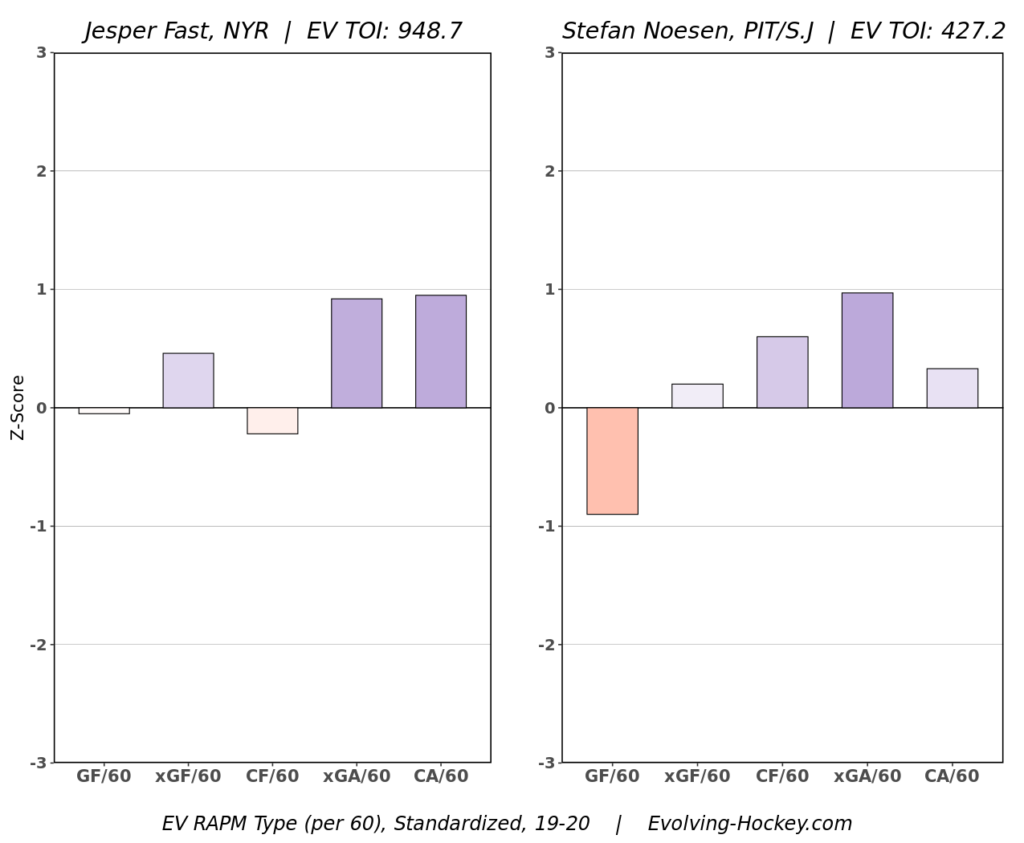 His contract expectations are 1-2 years around $1 million as well, making him a significantly cheaper option than Fast. Since he’s more well rounded, the risk of a one-dimensional player goes away. Noesen does a lot of the little things, like Fast. Noesen might be the best low cost replacement for Jesper Fast.