Over the past few days, there has been a lot of chatter about Boston’s Torey Krug hitting free agency and his fit with the NY Rangers. Krug, the Bruins 1LD, is in the final year of his contract that pays him $5.25 million, and is likely due a big raise. The 29 year old is a consistent 50 point LD with a rocket of a shot. He would certainly look good next to Jacob Trouba.

Krug is what he is, an offensive dynamo on the left side. Or is he? That’s his reputation because of the points, but he actually doesn’t drive as much play as you think. That said, one thing he doesn’t get credit for is that he’s pretty solid on defense too. 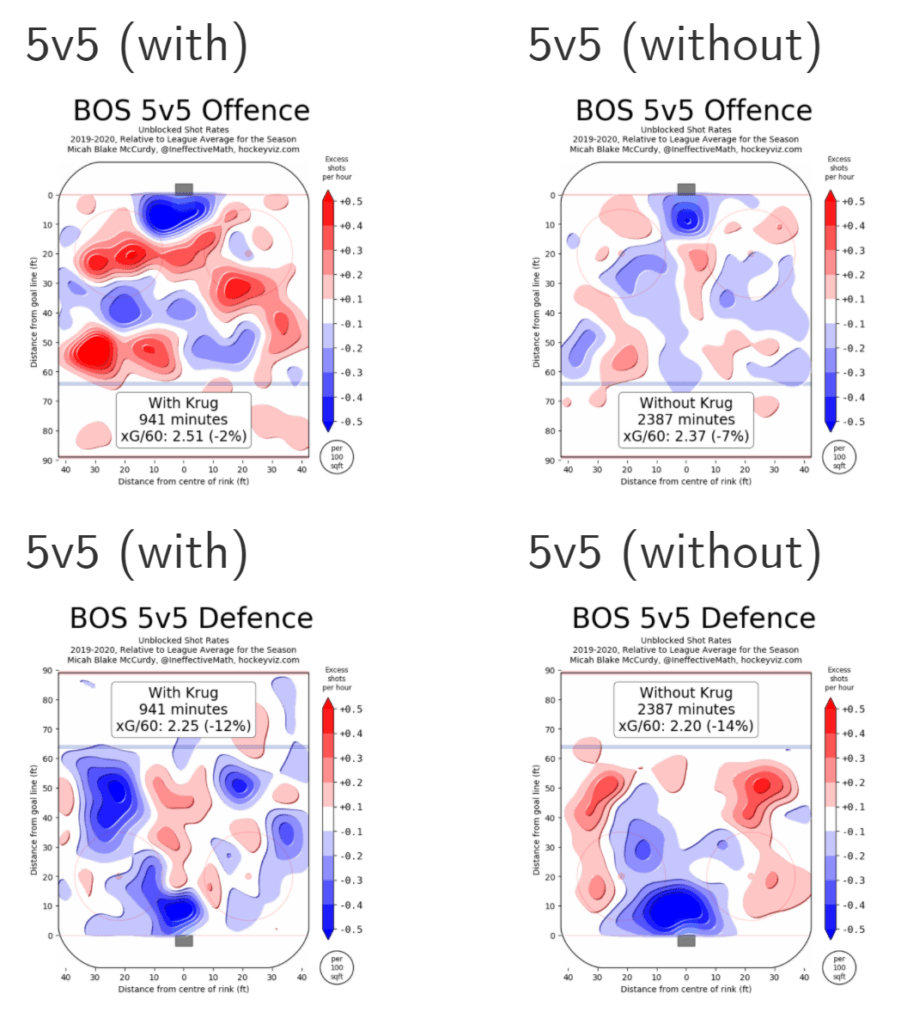 Now a grain of salt is required here, as the Bruins are overall a very good team. They play solid team defense and some of this may be team skewed. But regardless, Krug does have pretty solid defensive numbers across the board. What I do find to be interesting is the offensive numbers are actually not all that impressive. 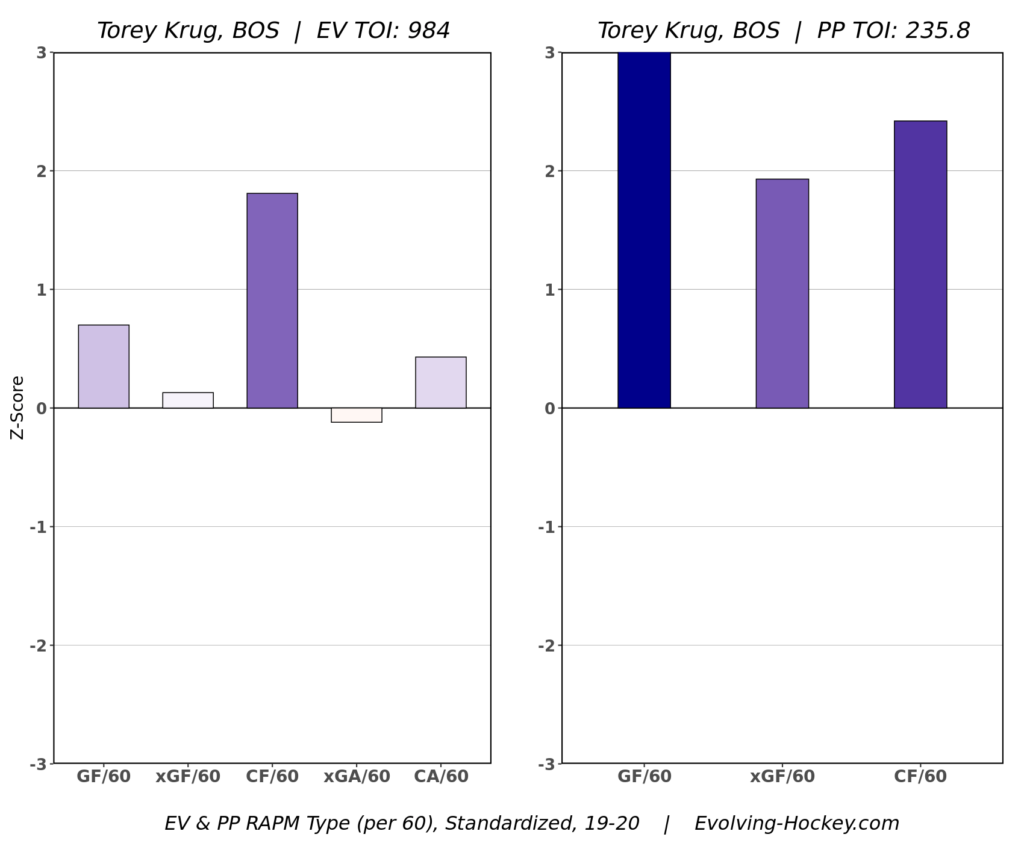 This confirms what the heatmaps show. Krug’s xGF/60 is well below his actual GF/60, which indicates that on a different team, he might not have as big of an offensive impact. While is CF/60 is pretty solid, his xGA/60 is actually a little concerning, much like his xGF/60. This again suggests that away from the Bruins, he might not be as good.

Naturally these are more macrostats, which aim to evaluate his overall game. His microstats, his zone entries and exits, are still very good. 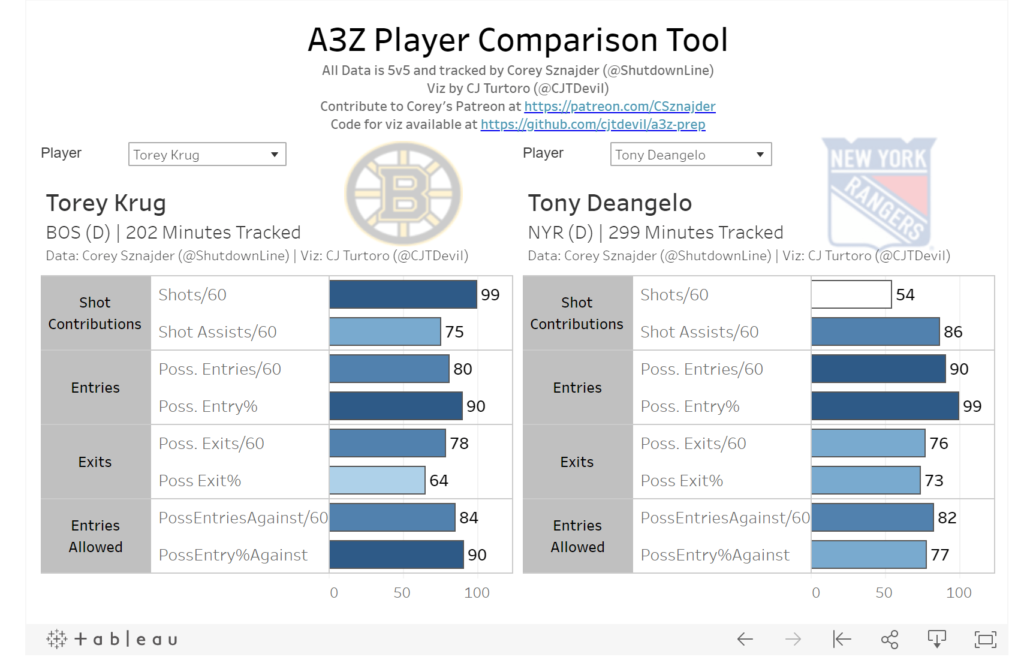 Compared with Tony DeAngelo here, because I’ve referenced DeAngelo as one of the better transition defensemen in the game. Krug compares favorably to DeAngelo in entries and exits, showing that he’s not a guy that just flips the puck to the neutral zone. He carries or passes the puck out of the DZ/into the OZ regularly. Where he shows his defensive side is on entries allowed, where Krug is again one of the better defensemen in the game here.

Assuming a five year deal, any signing team is getting Krug’s age 29-34 seasons. That is a very risky age to be guaranteeing $7+ million in a flat cap era. If Krug hits, then he could be a big addition to the blue line that addresses a big hole for the Rangers.

The problem is that, given his age and other metrics, Krug is unlikely to maintain production throughout the full contract. Torey Krug would be a nice addition to the Rangers, but the risk is too great. This seems like a big avoid.