Brendan Lemieux’s next contract, plus expansion implications, with the NY Rangers isn’t spoken about that often. That makes sense, as there are three far more important RFAs to deal with. However it is likely Lemeixu is still with the Rangers next season, meaning a new contract is needed. Lemieux is coming off his one year, $925k bridge deal, but a raise may not be in order. 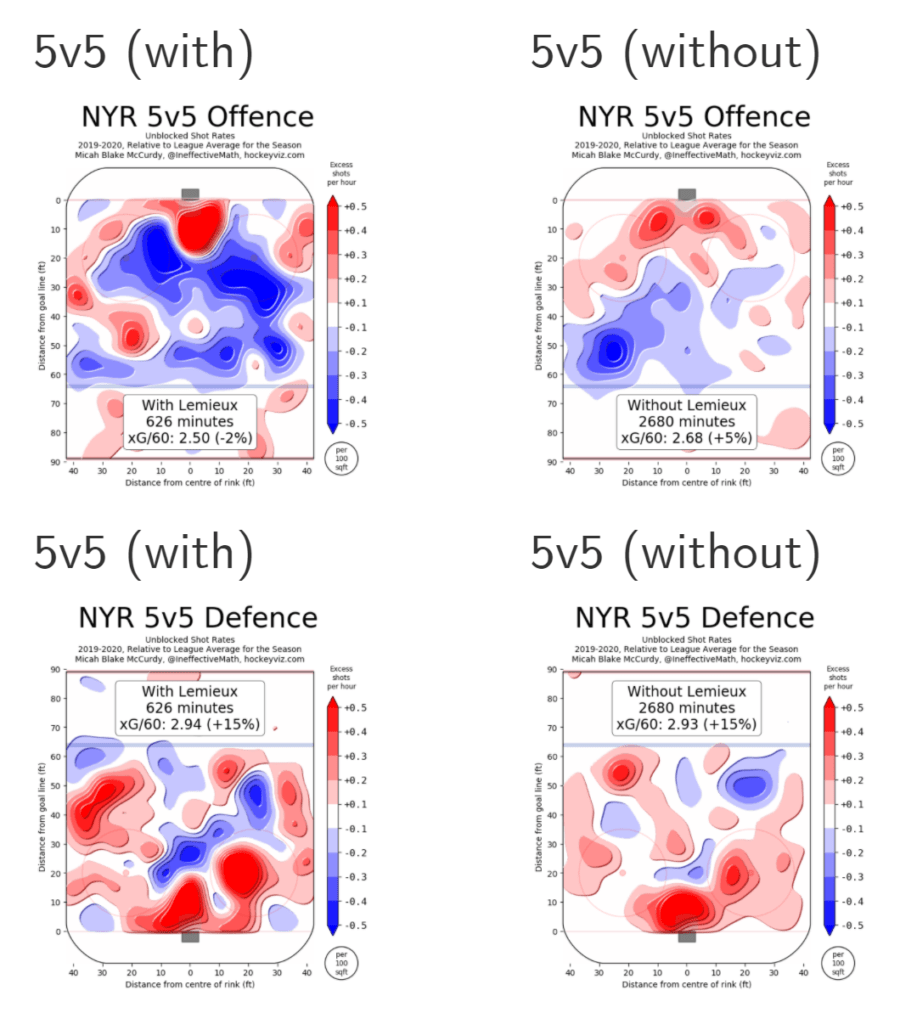 Lemieux this yeas was a net-negative on offense, not overly surprising given his linemates and skill set. Lemieux is a no Chris Kreider in front, but he’s still a pest in front of the net. With Howden and Kakko struggling to produce consistent offense, Lemieux’s better skills were underutilized. On defense, surprisingly, Lemieux was net-neutral. That’s actually pretty good given how much Kakko and Howden struggled on defense this year.

There’s a solid argument that Lemieux was miscast as a third line winger for most of the season. The new NHL needs scoring depth beyond the top-six, and the “third checking line” days of the 90’s are long gone. Lemieux can provide some scoring depth and a decent defensive presence on the fourth line. It’s also worth noting that Lemieux was one of the better players at drawing penalties last season.

An Eye On Expansion

Using Evolving-Wild’s contract projector, Lemieux is most likely going to get a two year deal at $1.3 million. That gives him a 50% raise on his current salary, while still being affordable for the likely 4LW role he will have.

The Rangers will be signing a few players to two year deals to account for expansion. It seems like Brendan Lemieux will be the first contract to go down that expansion road.