An offer sheet is a rare occurrence in the NHL, but surprisingly not all that rare for the NY Rangers. The Rangers have signed a player via an offer sheet a whopping four times in their history.

The Rangers also effectively killed the offer sheet as a viable offseason tool with that Sakic fiasco. Prior to signing Sakic, there were 27 offer sheets in 11 years. After that, just 10 in 23 years. This season presents a rare opportunity, as an unexpected flat salary cap has put an extra squeeze on teams. Smart General Managers can take advantage.

A team can, in theory, really hamstring someone by signing a young, promising player to a $6.3 million contract. There are a few prime targets that hit that sweet spot of young, supremely talented, and subject to an offer sheet. There’s risk in this, but for these players, it might be worth the risk.

Tampa Bay is a big target of mine. They have no cap space, are in a window to win, and have minimal options available to them. With just $5 million and both Sergachev and Anthony Cirelli as key RFAs, they have tough decisions to make. 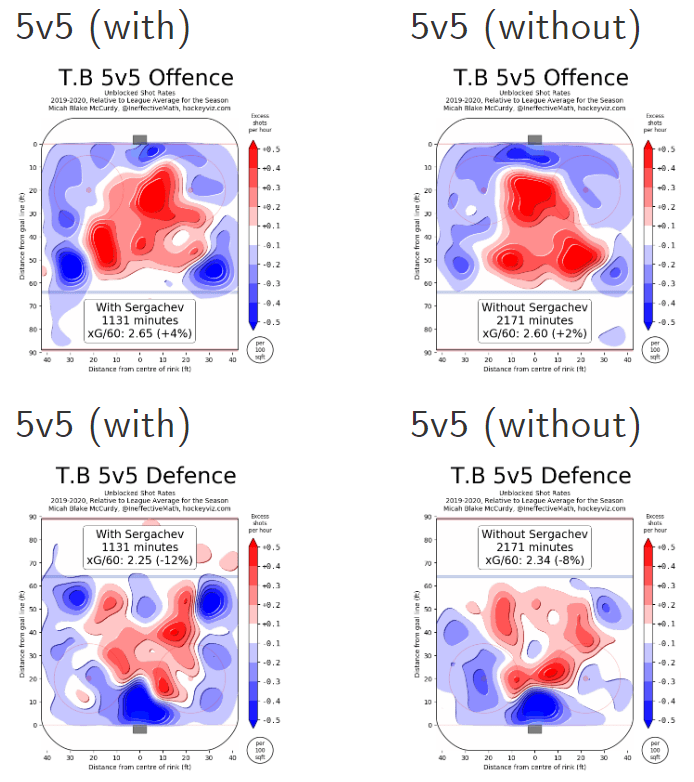 Sergachev is a 22 year old LD with top-four potential. Sergachev is a 30-40 point defenseman through three years in the NHL, and should continue with that pace for the foreseeable future. He’s also a solid two-way guy that can really bolster the left side of the blue line.

For the Rangers, they really only have Ryan Lindgren on the left side. K’Andre Miller has shown a ton of promise, but he shouldn’t be rushed. Sergachev gives them that top-four defenseman, for next season and beyond.

Would five years at $6.3 million get it done? That’s $1 million over the Evolving-Wild projection of five years at $5.4 million a year. Going more than five years does get tricky with compensation, as mentioned above. If the Rangers want to go the max seven years while staying in that $6.3 million sweet spot range, then it’s a $4.5 million cap hit over those 7 years.

The Rangers do have a solid amount of defense prospects, so Sergachev may be seen as a luxury. Plus Tampa is pretty thin on defense, so they might match without an egregious overpayment.

Sensing a theme yet? Cirelli is another potential target for a NY Rangers offer sheet who fills a huge hole. The Rangers have Mika Zibanejad and Filip Chytil down the middle, with question marks around Ryan Strome and Brett Howden. The Rangers are extremely thin up the middle, which makes Cirelli a prime target.

Cirelli had himself a breakout year this season, putting up 16-28-44 in 68 games. The 23 year old center is due a pretty big raise. Evolving Wild has him projected at six years and $5.8 million. Cirelli again probably falls into that five year, $6.3 million mentioned for Sergachev. 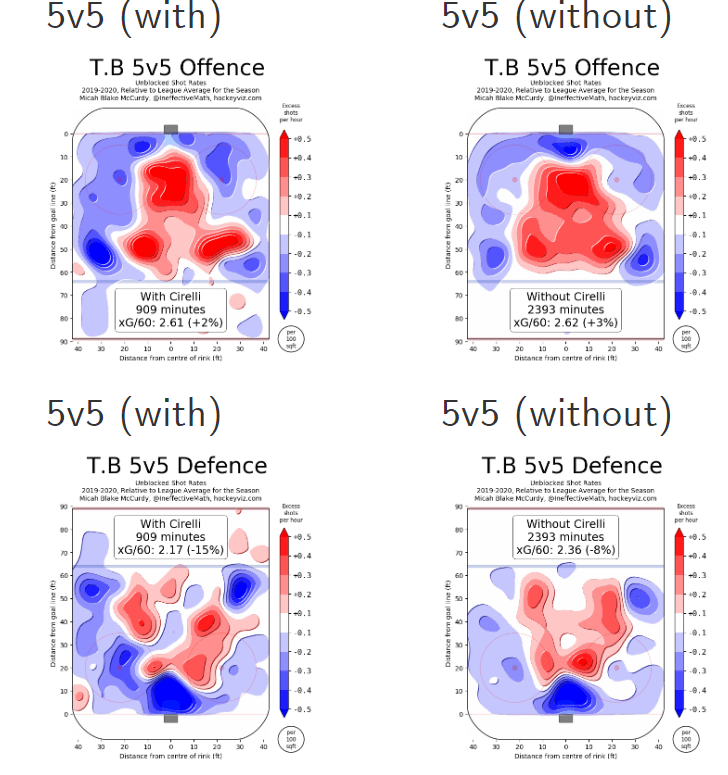 Cirelli is a little riskier than Sergachev, in the sense that he didn’t move the needle that much offensively. He put up solid numbers and certainly has a ton of skill, so there’s certainly cause for optimism. He’s also solid defensively, which makes him far less of a liability with more upside than some of the other options out there.

Barzal’s name has been floated around Twitter, and it’s a great pipe dream. The Isles are in cap hell, and unless they dump Johnny Boychuk on Ottawa –he’s in a Brendan Smith scenario– then they may not be able to afford either he or Pulock.

Barzal is projected for $9 million a year as a true 1C. The Rangers can’t afford that, and the Islanders won’t let him go unless it’s for over the $10.5 million annually threshold for four 1st round picks. And even then they might not.

Pulock’s name hasn’t been floated that much, but he’s projected to get $6.8 million on his next deal. That’s again a lot for a guy who would be a luxury on RD with Jacob Trouba and Adam Fox. If the Rangers are going to try to land Pulock, they may as well just re-sign Tony DeAngelo.

The idea of poaching from the Islanders should make everyone giddy, but I don’t think this year is a good fit. Either way, the NY Rangers using an offer sheet this summer to upgrade the roster is certainly an option.