Tony DeAngelo entered this season with a bit of a chip on his shoulder. The Rangers played hardball with him and only gave him a one-year bridge deal. He answered that with a career year where he led the team in defensive scoring. That performance will certainly earn him a lucrative new contract.

DeAngelo put up 15-38-53 in 68 games, which put him fourth on the team in scoring. He also forced his way onto the top powerplay unit, moving Jacob Trouba down to PP2. DeAngelo beat back any doubters of his on-ice performance with this season, at least for now. Of course the question is going to be whether or not he can repeat it. 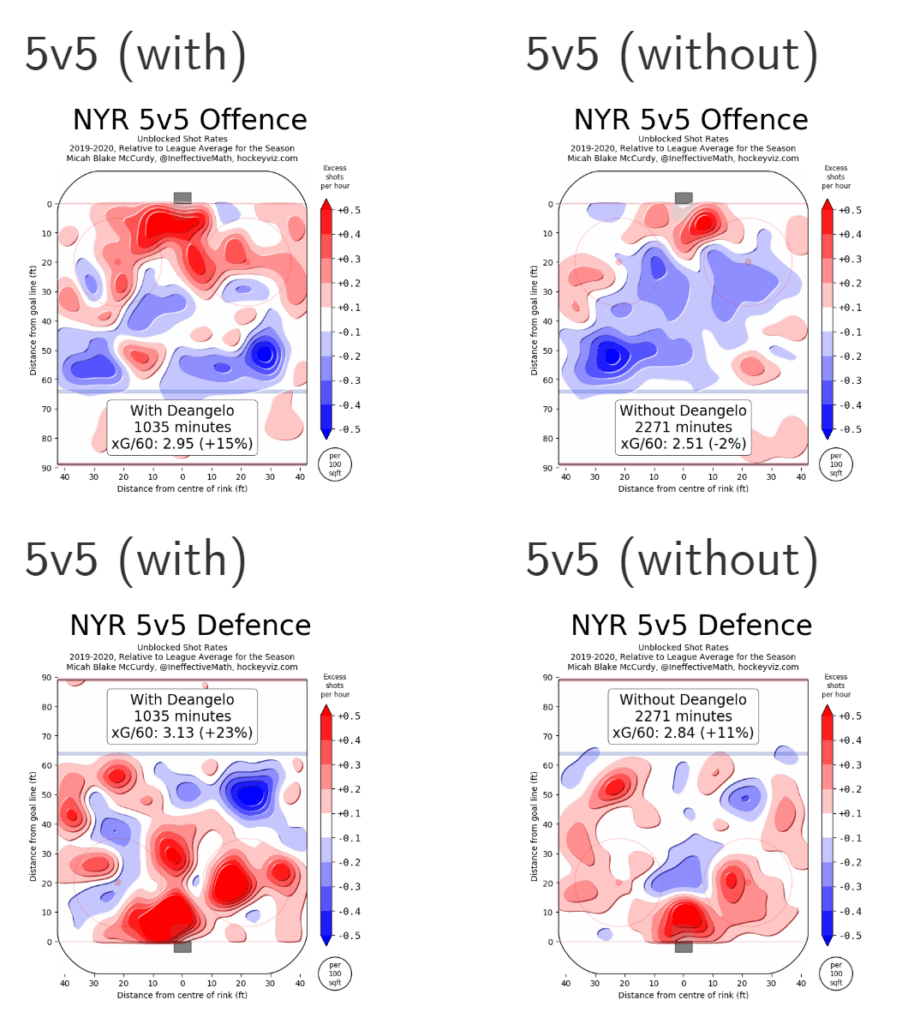 Of course play without the puck is going to be a discussion point, and DeAngelo excelled offensively. He simply drives offense as one of the top transition defensemen in the game. The interesting thing here is that the Rangers generated more offense from in front of the net with DeAngelo on the ice. This likely means DeAngelo excelled at getting pucks on net for rebounds.

Defensively though, that’s another story. DeAngelo could use some work here. He’s one of the best at defending zone entries, again playing into his strengths as a transition defenseman. But coverage in the defensive zone isn’t his strong suit. The offense outweighs the defensive faults though. It does make you wonder how those defensive numbers would look if he wasn’t dragging Marc Staal around the ice. 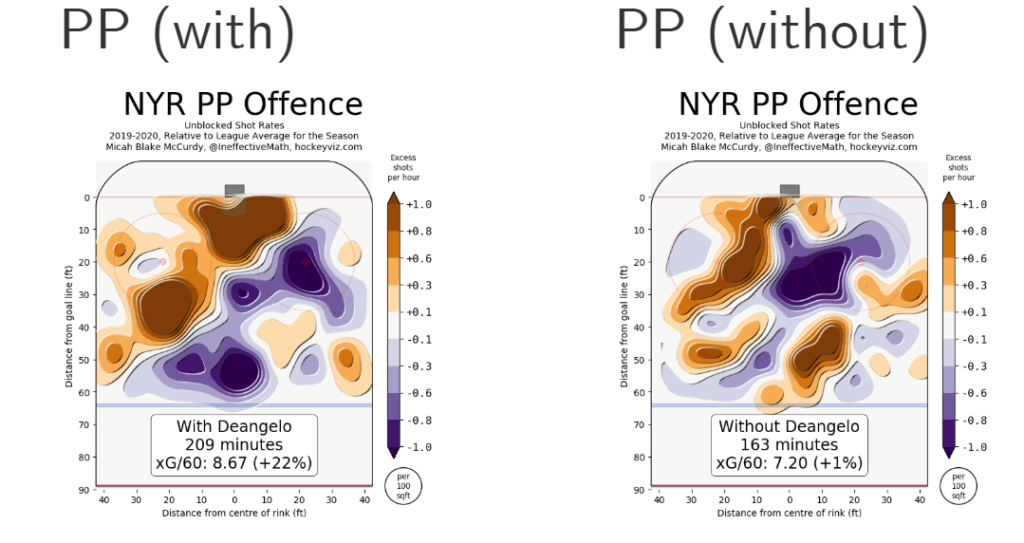 The powerplay also excelled with DeAngelo on the ice, but that shouldn’t be a surprise. He did put up 3-16-19 with the man advantage and was on PP1. The focus here isn’t the difference in powerplay unit effectiveness, it’s how that first unit performed. They were one of the best in the league.

There’s not much else to evaluate with Tony DeAngelo this season. His performance was great. He has a specific role on this team, and while you hope his defensive play gets better, as long as the offense is there it’s easily overlooked.