Is hockey worth it? 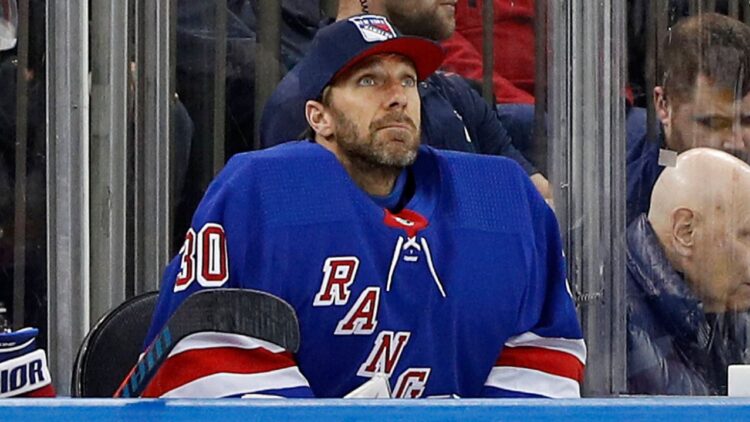 Yesterday, NHL Commissioner Gary Bettman unveiled the league’s plan to return
to play in an expanded playoff format signed off on by the league owners and the
NHLPA. While this might seem like something we all want, and maybe “need” in some strange
sense of the word, I felt compelled to step out of my self-imposed exile from hockey blogging
(and I’m not sure this post won’t reemphasize that I should return to my Fortress of Solitude) to
say this: it’s just not worth it.

I don’t know how else to put this, how to describe the massive self-inflicted wound our country
has experienced, because the idea of 100,000 people dead in such a short period of time is quite
literally incomprehensible to me. I’m not sure I know what 100,000 grave sites look like, or how
I’d be able to fit them all into view without climbing a mountain or flying in an airplane. I’m not
sure what 100,000 funerals feels like, or 100,000 shattered families’ futures whose lives will go
on without their loved ones might be like. All I can say is that it is too far too large a number, an
unnecessarily large number –South Korea and the United States reported their first cases on the
same day, and that country, roughly 20% of whose population lives in the sprawling Metropolis
of Seoul, has experienced around 300 deaths– and a number I wish painfully would simply stop
where it is. One more death is one too many, and one more death due to something so trivial as
hockey is an obscenity.

I say this all from my lonely desk at home, missing hockey more than anything. I miss the roar of
the crowd, the absolute rush of seeing my favorite players streak down the ice and dance their
way in for a stunner of a goal. I miss everything about it, the smell even of the Garden, the pre-
game rituals, having something to talk about with my friends, something scheduled every other
night to keep me occupied and structure my days – quite literally everything.

More than anything though I miss the people. My dad and I have been sitting in the same section
up in the Blue Seats my entire life (he’s been sitting in that same section since well before I was
born), and the kindness and warmth of the community up there is what brightens my days the
most. The great friends who sit in front of me, the guys at the top of the aisle who yell “WAIT
FOR THE WHISTLE,” the banter back and forth on a big night against a mainstay rival
opponent.

All of this, the absence of it, has left a crater in my heart that an ocean couldn’t fill. I
lay in bed every night depressed and anxious, fixating on the unending tragedy we’re currently
situated in. I can’t even anticipate what my life might be like after this is all over, finishing law
school and attempting to build some semblance of a “real” adult life. Most days I don’t leave the
house, the only people I see in person are my parents, and I only occasionally speak to my
closest friends, because we’re all experiencing the same crippling moment. I need hockey, so
badly, that it hurts.

I don’t though, really. What I need is my health and safety. What I need is for the people I love
the most to make it through this unscathed, whether that means becoming afflicted with this
horrible plague themselves, or experiencing the devastating loss of having a loved one ripped
from their lives. Those people, the ones I think of when I just can’t sleep, the ones whose voices
and mannerisms and visages who I miss the most, include the people in who sit up in the Blue
Seats, the people on this website, my friends on social media, and everyone who packs the
Garden and the bars and their couches, all devoted to the same thing. I don’t want anyone to go
on losing anyone else, but when I think about what gives my life meaning,

I think most about hockey. I want it to come back, I really do. But I want it to come back whole, without a single person missing. I know, just as a matter of statistics, that we have already lost too many to this horrible disease, and that when I return to my section somebody, likely more than just one somebody, won’t be there ever again. So as we sit stuck in our houses, coping in our own ways
with different levels of stress, tragedy, hopelessness, or whatever we may be going through, I
think it’s important to ask ourselves too if a player’s life, or a coach’s life, or anyone’s life is
worth throwing away as surely will come to pass if hockey returns. I know my answer.