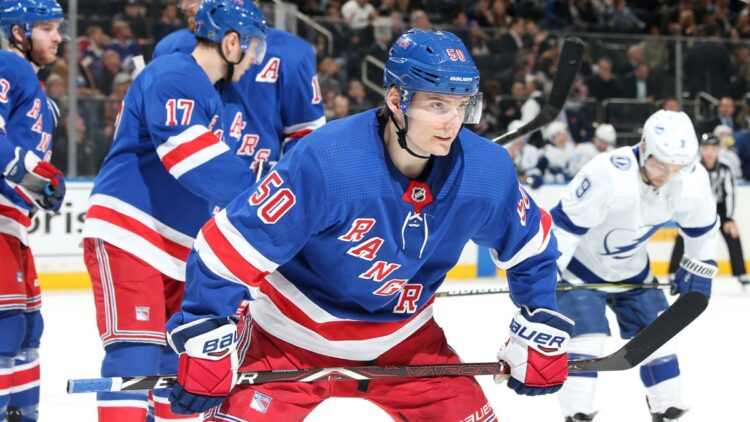 A few quick tidbits on the NY Rangers to keep your hockey content going today. First up is Chris Kreider, who on a Zoom call yesterday noted that his foot is good to go for if/when the season resumes. Naturally that is good for the Rangers, as a fully healthy team makes them dangerous offensively in a potential playoff push. It does beg the question though: Was he actually healthy when he was skating in early March? I doubt it.

Also Lias Andersson gave an interview in Sweden, opening up about his time with the Rangers. He was going through some rough patches, with no confidence at all. He developed some bad sleeping habits, playing video games all night waiting for friends in Sweden to wake up to talk to them. He has no f-ing idea what is next, but he’s practicing and playing hockey.

With Andersson, that bit of information isn’t surprising, but it does paint a clearer picture of what went on with the Rangers and their 7th overall pick in 2017. It’s always been clear there is fault on both sides, and this cements it. The Rangers clearly have investment in Andersson, after all they took him 7th overall. Whether or not the relationship can be mended appears to be on Andersson, who requested the trade.