The Rangers have a cap crunch, but it’s not as bad as you may think 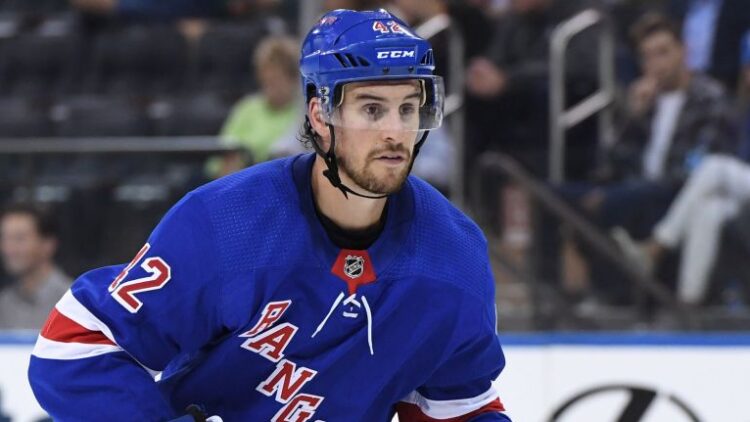 The big question is how they are going to manage UFAs Chris Kreider and Jesper Fast, and RFAs Tony DeAngelo and Ryan Strome. Alex Georgiev is getting omitted from the conversation for now. If the Rangers wanted to keep everyone, then it would be a big cap crunch. But the reality of the situation is that they not only won’t keep everyone, they likely don’t want to keep everyone.

For the sake of the post, let’s assume the following cap hits, knowing full well these are not necessarily accurate (theme of this post – it’s impossible to talk specifics so let’s work with broad strokes):

That’s $85 million and 18 players. Over the cap and under the roster threshold. Naturally a problem. But let’s look at this logically for a second. One of these players is Brendan Smith, who will carry a $4.35 million cap hit for only $3.35 million in actual salary. That goes to $2.35 million after his bonus is paid out on July 1. The Ottawa Senators should be all over this, especially considering their entire roster is turning over. They’ve made trades like this before. Smith’s NTC makes things tricky, but I’m still banking on this happening. So let’s eliminate his salary. That puts the Rangers at 17 players and $4 million or so to work with.

Add Vitali Kravtsov, and it’s 18 players and about $3 million to work with. Three minimum salary players gets the Rangers to a roster of 21 and right around the cap. That seems to work – and this assumes they want to keep everyone. That’s certainly unrealistic. The reality of the situation is that at least one of the free agent skaters isn’t going to be back, and that Alex Georgiev will likely be traded.

The risk here, by keeping everyone, is that there is very little room for bonus overages and injury coverage. The Rangers are going to want some kind of relief, and that will come from one of the free agents. For the sake of the post, let’s say they keep three of these key free agents and shed about $4 million total in either letting players walk or trades that bring back a roster player. Again, it’s not an exact science and I’m not going to go into trade scenarios, let’s just stick to salary. Add in another minimum salary player (Yegor Rykov? Libor Hajek?), and the cap situation is much better.

The cap situation is certainly one to keep an eye on for the Rangers – they can’t keep everyone. But it’s not a huge crunch where the Rangers will be left with very little flexibility. It’s as simple as finding a suitor for Smith (hello Ottawa) and then finding the right trade for one of the free agents. Not a huge cause for concern. At least not yet.