The rise of Ryan Lindgren 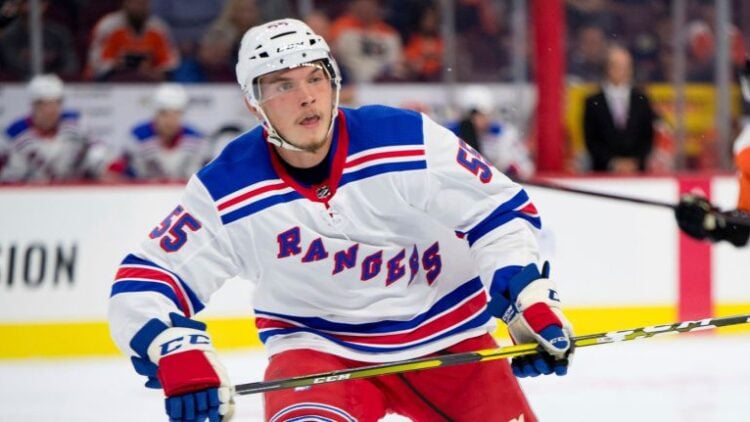 Ryan Lindgren was one of the prizes of the Rick Nash trade for the Rangers. The hard hitting defenseman was seen as a potential rock on the left side, one that may not provide much offense but will be a dependable guy in the defensive zone. While there were some natural concerns because of his lack of offense, he still earned a call up this season. 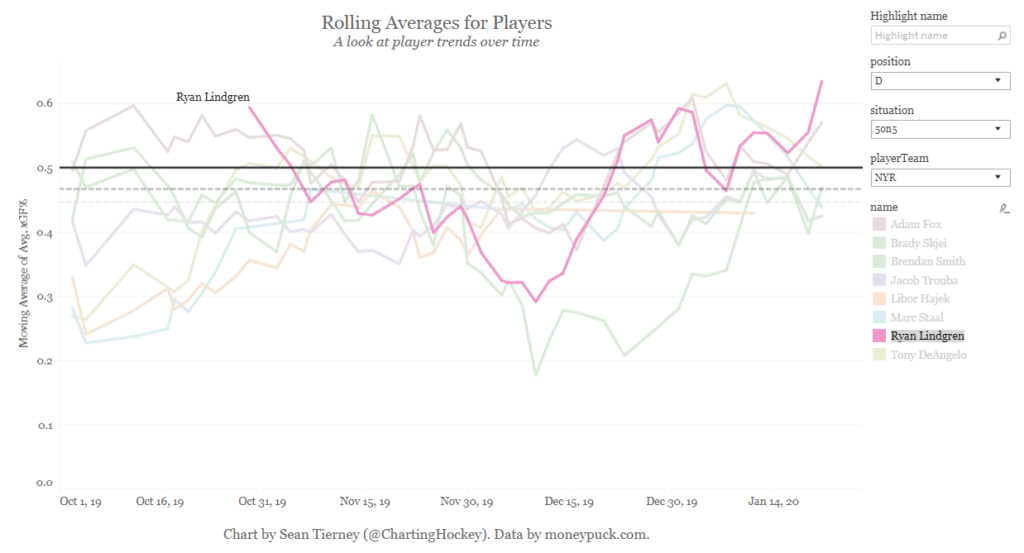 Lindgren started off very slow, which again was to be expected. He cratered on 12/10 before seeing a significant rise in performance. This checks out, as the entire team started performing significantly better around that date as well. What sets Lindgren apart is not only his meteoric rise, but the fact that he is currently the rolling xGF% leader on the blue line.

The question is certainly going to be how much of this is due to Adam Fox and how much is on Lindgren’s individual performance. It’s a natural question, since Fox is very good and one of the best puck movers on the team. Fox is the yin to Lindgren’s yang, but is this an equal split? 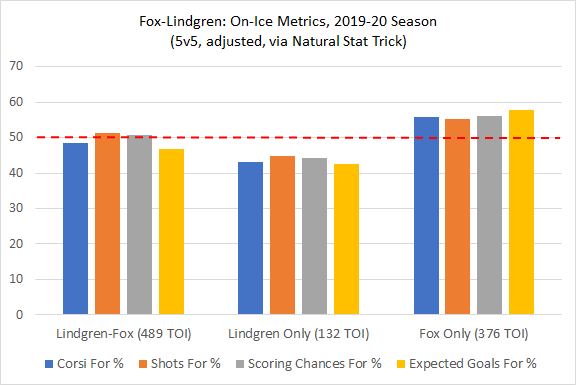 For full season numbers, the Lindgren-Fox combo has very good numbers comparatively to the rest of the team — remember that this team still has poor season long numbers because of how bad they were in October and November. Lindgren without Fox is a slight down tick –expected since he’s not an offensive driver on his own– and Fox without Lindgren for the full season does have a significant jump, but it’s not overly big compared to Lindgren-Fox together. 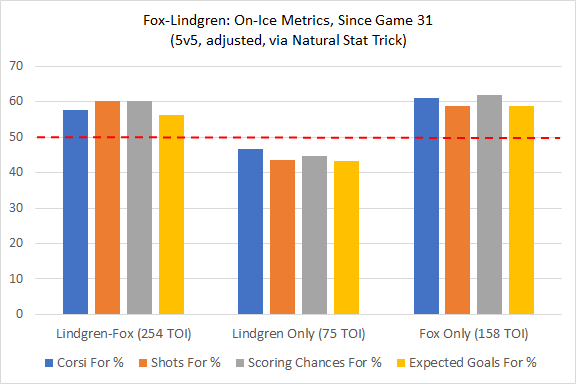 Meanwhile over the last 31 games, since they’ve improved in December, the numbers across the board are significantly better. The pairing together is solid, and while Lindgren is always going to have better numbers with Fox, he is more than holding his own without him. It is worth noting that most of Fox’s recent shifts without Lindgren are with Tony DeAngelo, hence the swing on “Fox only.” But again, is it that much better than Lindgren-Fox?

Sometimes you can’t explain it, and pairings just work together. Lindgren/Fox is one of those pairings. They’d probably survive without each other, and while we know Fox is a potential star in the making, Lindgren is no slouch. He went from “forgotten” prospect to legitimate top-four defenseman within two months. The sky may not be the limit, but the Rangers don’t necessarily need him to play that role. His rise as a complementary piece in the top-four is just as important.