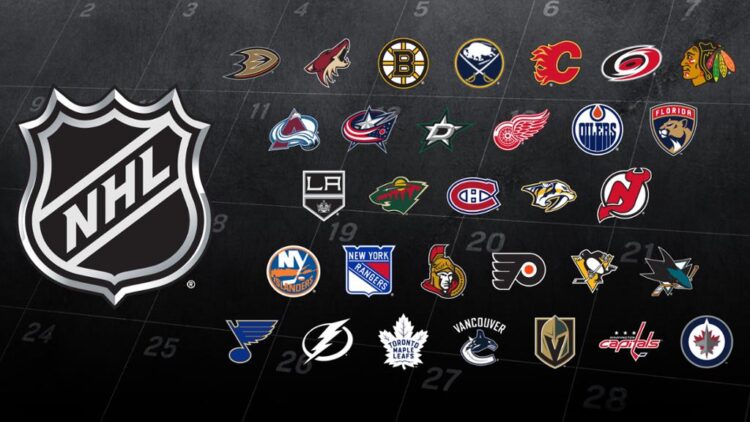 With 50 or so games in the 2019-2020 NHL season in the books, it has become fairly clear which teams in the league are real meaningful contenders and which teams are left wanting.  That is, of course, unless you look at the standings.  An absolutely muddled mess, with the top 6 teams in each division separated by an average of a little over 14 points.

There are many possible reasons for this; a salary cap designed specifically to put money back in owners’ pockets, while attempting to sell “mediocrity” as “parity”; generally poor asset management across the entire NHL managerial spectrum; the “any given night” nature of the sport.  All possibilities, but we all know better.  It’s the “Loser Point”.

Back when the NHL had ties, just like in soccer, the even combatants would share the points; one for each team.  Since North Americans hate ties for some bizarre reason, the shootout was introduced as both a marketing plot to tempt non-hockey fans into interest and to simultaneously address the seemingly maddening frustration of seeing two evenly matched teams end a game, *gasp*, with the same amount of goals on the board.  But a new problem was born…

Instead of seeing the losing side leave the building with nothing, the NHL, in all its infinite wisdom decided to carry forward the logic that if you made it through regulation tied, you were entitled to that point, as if that were the result of the game.  The problem was, that wasn’t the result of the game, and an extra point was awarded to the team winning in overtime or the shootout*.   Now, there are an asymmetrical number of points awarded for each game; sometimes two points are awarded, sometimes three.

*There is more backstory regarding the decision to change the OT rules prior to the shootout, but it’s more stupid discussion of the same stupid logic, so I’m omitting for the sake of brevity/lack of more unnecessary stupidity.

There have been lengthy debates over this concept through the years, with two prevailing schools of thought tending to rise to the top of potential changes:

The second method would fix the point system, meaning a fixed number of points allocated for each game, but the first is a more meaningful allocation of victory over your opponent, with nothing awarded for losing.

Either way, it’s an improvement over the current system, which draws no distinction between a regulation win and an OT/SO win, with the exception of tie breaker priority.   This is particularly egregious, considering the 3v3 overtime/shootout framework is barely hockey at this point.  If you believe that making it through regulation without losing entitles you to something, the second point system is for you.

I’m not here to advocate for one system over the other.  I could be convinced fairly easily that either system is an improvement.  However, since it is the loser point, in particular, that has drawn my ire, and Becky’s, as well, I’m here to look at the results of how the implementation of the “No Loser Point” systems would impact the standings, especially for the Rangers.

Quick disclaimer: this is obviously an imperfect science, considering that if these frameworks had been implemented prior to this season, changes in strategies and preparation surely would have been different than in an environment where none of this matters.

First, let’s take a look at the baseline. Here is your current Metropolitan Division*:

As you can see, the Rangers occupy the expected second-to-last spot in the standings, but only a mere 10 points from the 3rd place Islanders.  Let’s see how that looks without the loser point, shall we:

As you can see, the total number of points for each team jumps, as they are being allocated 3 points for each regulation victory, but since eliminating the loser point, creates almost no additional separation between the teams in the division.

What it does do, however, is re-contextualize how those points are achieved, rewarding teams less reliant on the loser point for buoying their overall point totals.  The Hurricanes being the biggest beneficiary of this change, jumping from 6th place, all the way to 3rd, since they have more regulation victories than all but the top 2 teams (and ironically, the Rangers) and have only 3 OT/SO losses.

The Flyers, on the other hand, reliant on their 6 loser points and 9 OT/SO wins to smoke and mirror their way to a respectable-ish 5th place, have their true mediocrity exposed and are banished back to the basement where their performance belongs.

The other interesting thing here is the Penguins, who rely on 10 OT/SO wins to maintain their hold on the 2nd spot in the division.  While they maintain their position in the new framework, with the same point spread, no less, they seem much more vulnerable to the actually performing Hurricanes, who, when they take their lumps, tend to do it in regulation.

Looking back at the “parity” metric of point spreads between 1-6 in the division, in the current system, there are 14 points separating 1-6, where in our new “no loser point” system, the spread is 21 points.

As for our Rangers, they are still fairly terrible, but their point performance is mostly true, given that only 7 of their games so far have affected the data.  They are more within shouting distance of the division playoff spots and if some of the process improvements over the past few weeks hold, possibly given more credence to making a push, given all the loser point noise in the Metro.

So, what about the Wild Card picture? Here is the current system:

Currently, both the Blue Jackets and the Flyers, who were pushed down in our hypothetical example lead the charge for the two conference wild card spots, with the Hurricanes still involved and the Rangers clinging to a precarious position.  How about our new system?

Here, the Hurricanes are rightly in the division picture, with the Islanders and Blue Jackets fighting it out with the field.  The Rangers, however, are now only 3 points back of a Wild Card spot, with only two teams to jump, instead of four.

The Rangers are clearly in a more favorable position under this improved framework, which now works well in two ways: 1. It’s no longer wrong and stupid, and 2. It helps the Rangers.

All joking aside, as you can clearly see, this new methodology clearly better illustrates the current talent levels of the teams and leads to far less performance noise on a game-by-game basis.

So, does the same logic in the Metro hold for the rest of the league? In short, yes. Yes, it does. The average point spread across all divisions from spots 1-6 goes from 14.75 to 21.25.   You have a similar situation to the Hurricanes with the Golden Knights jumping ahead of the Flames, who have 5 loser points and 9 OT/SO wins buoying their point totals.

For the most part, the overall standings do not change a whole lot, which is kind of the point.  The current system is illogical in the margins but is still measuring the same type of performance.  This new framework aims to more accurately measure team talent and performance, which not only should shake loose more pretenders to sell off assets at the deadline, but to also provide more meaningful analysis of organizational performance so fanbases don’t have to sit through the “squint and we’re contenders” logic of many mediocre teams mortgaging the future for some illusory chance at contention.

Reward teams for their ability to win in regulation, discourage holding on at the end of the third period looking to salvage a point, and downplay the importance of a skills competition focused method for deciding actual NHL games.  Best of all, it doesn’t require any structural changes to the league itself, just a more accurate tracking method to reward teams for what they have actually accomplished.