Thoughts on the Lias Andersson interviews 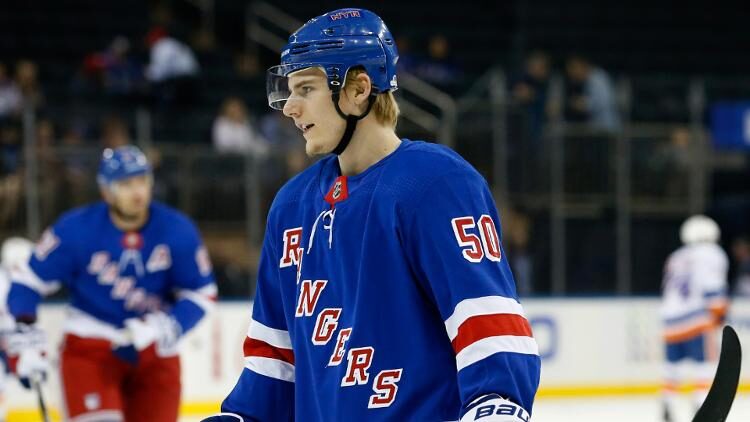 Lias Andersson has made news lately. Following his request for a trade and subsequent suspension (standard protocol), he headed home to Sweden. Lias did an interview over the weekend, and there has been other news slowly leaking out. We shied away from covering it until everything was out, now that we think it is, there are some thoughts.

1. First things first – what was actually said? Andersson is nursing a lower body injury (both feet – can’t get them into skates), so he’s not training. He also mentioned some mental health issues, and it was more important for him to get home to get his mind right. Andersson also pointed out that there were “many incidents that disturbed him” that he can’t go into detail about yet. When asked specifically about bullying, he said “it’s been tough.” Swedish hockey reporter Johan Rylander noted this was the first time he’s seen Andersson hesitant in his answers.

2. With the interview pieces out of the way, let’s jump to the biggest item, and that’s the bullying. If there is a bullying issue in the organization, then that needs to be cut out and dealt with immediately. It doesn’t matter where the issue is – just get rid of it. There is no place in the game for that anymore. This not the 70s, this is not an old school “tough love” mentality. If this is an ongoing issue, then Andersson likely isn’t the first kid to be impacted and won’t be the last. There is no place for this. Period.

Disclaimer: Everything beyond points #1 and #2 is my take on the interview, and my educated guesses on things going on. This is not fact. Just my take on it. Take it with a grain of salt and not as gospel.

3. I think the mental health concerns, his hesitance to answer questions directly, and the trade request are all connected. Something is amiss here, and while you can certainly point to Andersson’s performance in the AHL as a justifiable reason that he wasn’t in the NHL, if your mind isn’t there then your game isn’t there. Every player reacts differently to different types of coaching, and the best coaches are the ones that change their style and approach for each player, knowing how to get through to each one. Communication is key.

5. Now Andersson is not without fault – in the interview linked above he said he thought he had won the 2C role behind Mika Zibanejad. Based on preseason performance, he was the second best center in the preseason, but unfortunately that’s not how things work. Ryan Strome was clearly the 2C in everyone’s minds and they were right. Andersson, though, does have legitimate beef that he wasn’t the 3C to start the season. He earned that role over Brett Howden, who was an unmitigated disaster as a center and is, not surprisingly, no longer a center. We don’t know if Andersson would have succeeded in the 3C role because he was never given a chance. His expectations of being 2C were a little absurd, but he earned the 3C role and was arguably better than Howden and did far more –at least defensively– with far less.

6. David Quinn had the audacity to blame “social media and blogs” for Andersson’s inflated projections of himself. This is again a communication issue. We as bloggers and the beat writers as journalists simply ask questions and provide our opinions. If a player is reading this, then it is up to the coaching staff to sit and communicate with him about what he needs to do. Again that communication thing. Blaming bloggers and Twitter for your inability to temper expectations and change your approach with Andersson –that clearly wasn’t working– is not on us.

7. Let’s put #6 in a real world perspective. You’re a manager, and one of your employees has come to you asking for a promotion. Clearly this employee thinks they have earned it just by asking. They likely presented a case for it as well. If your response is “you didn’t earn it yet,” and don’t provide any examples, then that employee will become disgruntled and leave. Now if you were to reply with “your work is certainly not overlooked, however here is what you still need to work on for the next level,” and then list out those qualifications, the employee may not like it, but at least it is constructive feedback that provides a clear and concise goal. This is a very big difference and what makes the difference between a good manager and a poor manager.

8. Now if the coach is unable to communicate in such a manner, it is up to the leadership in the locker room. This is something that isn’t being talked about because we have no insight into this. Lack of communication between coach and player can be managed by the leaders – something we saw with Mark Messier managing whatever Mike Keenan said. Now if there is bullying, something that appears to be the case if you’re reading between the lines, and the leadership did nothing about it, then that is also a major problem. Either they didn’t know about it, which is bad, or they knew and did nothing, which is worse.

9. This is almost 1,000 words to say this: The Rangers, from John Davidson down to David Quinn down to the players in the locker room down to Lias Andersson himself, botched this. It is a total whiff by everyone in the organization. It is a whiff they need to learn from, especially as more big prospects come down to Hartford and the pros.