Community Poll: Back to the playoffs? 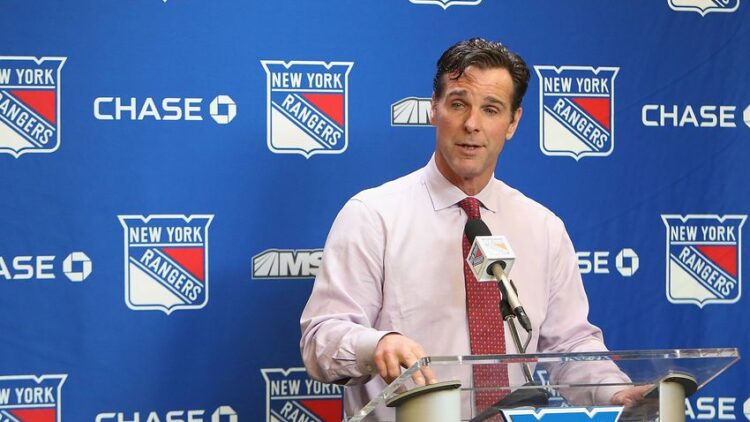 Welcome to Monday, BSB faithful.  I am going to take a quick break from pissing everyone off this week and canvas the community about some future decisions.  So, coming off a 2-1-1 west coast swing, the Rangers currently sit three points out of the second wild card spot, tied with the Toronto Maple Leafs and one point ahead of the Tampa Bay Lightning and Florida Panthers, respectively.  After the Kings game the other night, coach David Quinn was quoted as saying,

We’re in a position to make the playoffs, that’s what we’re focused on.”

This raises a question of organizational direction and the next steps in the rebuild.  With the trade deadline looming (well, it’s not looming yet, but you get the idea), the Rangers’ strategy with their UFA’s and later-stage RFA’s will be getting a lot of attention.

Sure, the Rangers are within shouting distance of a playoff spot, but all of their underlying performance numbers are horrendous and they are getting some fairly unsustainable production from several different sources.

The team has two notable pending UFA’s in Chris Kreider and Jesper Fast, but also notable arbitration-eligible RFA’s in Ryan Strome, Tony DeAngelo and Brendan Lemieux.  It is possible they could obtain a sizable return for those guys, should they decide to sell this deadline, but it seems possible that the organization would hold onto them, or even possibly add to that group in hopes of getting back to the postseason.

While I understand there is cultural and philosophical benefits of getting back to the playoffs to shed the perception that it is acceptable for the team to lose or that expectations aren’t that high, but I don’t believe the status of the roster is anywhere near where it needs to be to reflect that goal in organizational decision making.

However, I’m sure you could have guessed that my position would be to sell everything not bolted down, but I am more interested in what you all think.  Take a moment to vote in the poll below and try not to kill each other in the comments section.   Happy week, everyone!