The fight for 13F 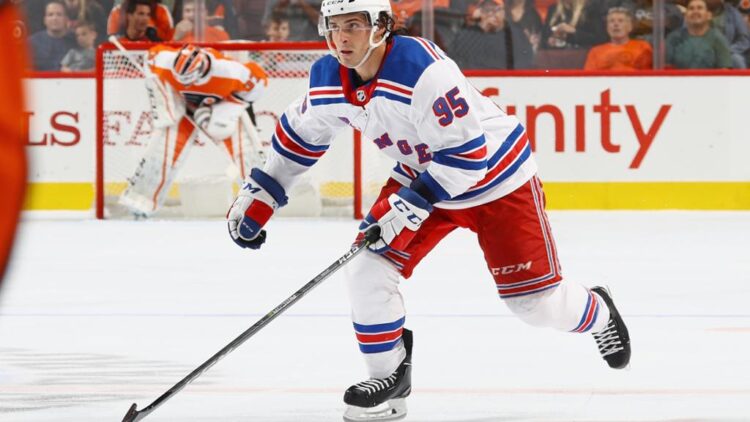 One of the battles that isn’t necessarily spoken about a lot is the battle for depth forward. The Rangers will likely carry 13 forwards when the season begins in earnest, not counting those first two weeks in October when they play twice. Using some common sense assumptions –none of Lias Andersson, Brett Howden, Kaapo Kakko, Vitali Kravtsov, or Filip Chytil will be the 13F– we can narrow down the competition to really two players: Boo Nieves and Greg McKegg, with a dark horse being Vinni Lettieri.

Nieves is likely the front runner here. The former 2nd round pick has the longest history with the club and has also shown steady improvement over the years. He’s not going to wow you, he’s not going to be a bonafide and reliable 4C, but he’s someone who can fill a gap in the lineup in a pinch. The 25 year old, 26 in January, is what he is at this point. His career xGF% isn’t great, but that could be a product of the poor quality teams he’s been with. He’s not the best option, but for a rebuilding team he’s probably the front runner.

McKegg, signed likely as insurance in case Nieves, or others, can’t cut it, is your prototypical AAAA player. He’s been splitting time between the NHL and AHL for his entire career, topping out at 41 games with the Canes last season. His xGF splits are better than Nieves’, but again likely because Carolina has been solid in these categories for years (they finally added high end skill, which is what got them over the hump). I haven’t watched much of McKegg. xGF splits aside, he looks to be a Nieves clone, in the sense that they won’t wow you and won’t provide much offense. Just a warm body at a replacement level skill.

Lettieri, who turns 25 in February, is the interesting case here, since he is the opposite of McKegg and Nieves. Lettieri actually has significantly better offensive xGF splits than Nieves without really losing much defensively. (they both aren’t all that great). For Nieves to make the club out of camp, he’s going to have to highlight that he can score, where we know the other two can’t. It’s also going to be what David Quinn prefers. Nieves has the “reputation” of being better defensively, although he really isn’t.

McKegg seems to be the most balanced of the three here, and there’s clearly a reason why the Rangers targeted him for depth. Neither Nieves nor Lettieri can be considered kids or prospects anymore, so it’s not about growth. It’s about who is the right fit for the role and who plays the best in camp. While the focus likely isn’t going to be on these three, they will see NHL time at some point, so this is an important battle nonetheless.