The future is bright 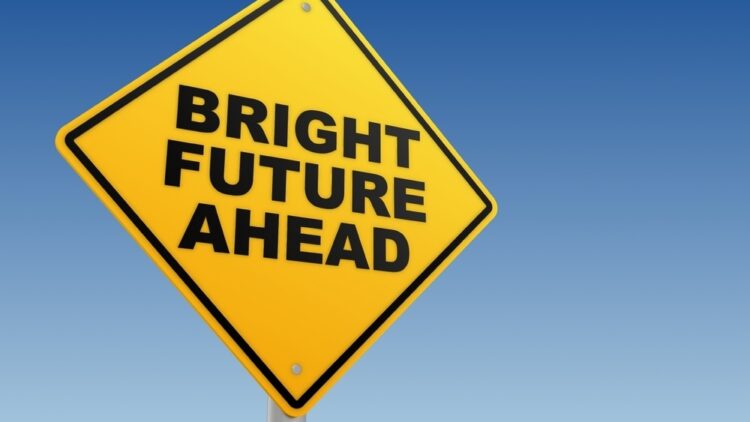 The Rangers just drafted a near-complete-at-18 prospect, on top of several other low-key steals across every key spot on the depth chart, and have a brain trust unlike most others captaining the ship. Even as recent as the last few months, the Rangers’s collective fan base, across all demographics and ideological persuasions, there was a heavy fog of anxiety in the air. What if everything isn’t what it seems? What none of it actually comes together just how it needs to? What if we’re really just teetering on the brink? Well we’re not, as it happens, at least not in the way it might have seemed in the not-so-distant past.

Let’s start with Kaapo Kakko. After literal decades of not drafting a truly game-breaking prospect (at least not a skater, because Hank was arguably the steal of the last decade, more or less, having gone past 200), we’ve got our man. Pencil him in for the Calder conversation next season, and maybe even a certain points through the season the favorite, in addition to just a plain-and-simple excellent season. He’ll be in the top six, playing alongside some combination of Mika Zibanjed, Vitali Kravtsov, Artemi Panarin, Pavel Buchnevich, and potentially Chris Kreider. Not such bad a bad group. They’ll be getting outlet passes from, within the next two years, a group consisting of Jacob Trouba, Libor Hajek, Brady Skjei, Tony DeAngelo, and possibly down the road K’Andre Miller, Nils Lundkvist, and Yegor Rykov (don’t doubt that the front office knows they need to fix the blueline at this point, and they will). Plug and play with some cheap bottom-six free agents, turn them into Dom Moore or Michael Grabner and ride the wave. Seems even better when you factor in those three guys sharing duties between the goalposts.

Leading this whole expedition are three, and maybe four, excellent hockey minds, each bringing their own broad skill sets to the fancy hallway up at the top of Penn Plaza. Jeff Gorton, he of the rapidly-accelerating, dynastic Bruins rebuild (people who doubted his role in that endeavor are stunningly silent right now), has proven himself capable as a relatively unseasoned GM of staring down a point-per-game UFA who did everything he could to inflate his asking price.

The rumors flew around in at a whirlwind pace that had most fans struggling to keep up (i found myself refreshing Twitter far more than I should have at work) and he allegedly turned down an 8-year, $14m deal with Columbus at one point. The Islanders became front-runners and then suddenly, with few leaks, the Rangers sealed the deal. Of course it helps when your backup is John Davidson, a widely respected and broadly likable figure with a special place in our hearts already, and Glen Sather himself. Say what you will about the latter elder statesman (I recall the days of “Fire Sather” and it was not a good time), he’s a legend in hockey for better or for worse, and it helps when he’s got your back in any negotiation scenario. If you’re a GM on the other end of the phone with those three on speaker, the combined acumen and leverage they already carry is going to have you giving up, for example, a 25-year-old top-pairing defenseman who’s ready to sign a 7-year, for two college free agent signings who built their (depending on your perspective, deserved or undeserved) high profiles on the Garden ice.

Speaking of the Garden ice, who’s running this show anyways? A fresh face? A guy who motivated a talented team through a losing, fire-sale season, with high morale and standout individual performances? Someone who teaches players how to give 110% in whatever way they do best? Ah yes, David Quinn. A breath of fresh air who teaches hard-hitting-yet-possession-based hockey, knowing that physicality goes hand in hand with skill, and that talent and work ethic aren’t mutually exclusive. A self-aware thinking man’s coach who also resonates well across the board with fans who just want, one way or another, for the team to play like they care. That’s a winning coach right there, and we should be happy to have him, detractors be damned. He’s going to be here a long time, and that approval rating is only going to go up.

None of this is to say anything is a given. There are no guarantees in this league, no certainty involved in a record breaking team with three 40-goal scorers, a perennial Norris contender, and an already established, young net-minder getting swept in the first round. We forget easily in the afterglow of the draft lottery and ultimate induction of Kaapo Kakko into the Rangers family, but at the turn of the last new year, St Louis was well in the Hughes/Kakko zone, alongside everybody’s favorite LA Kings. This doesn’t mean things will necessarily click immediately, but look for the Rangers to be in the mix for the very long term, and likely sooner than later. We’re not teetering on the brink of anything right now except a dynasty. Whether or not we get there is a different story, and something I’m certainly not qualified to speak on, but this overnight paradigm shift is something special, and we haven’t even gotten started.