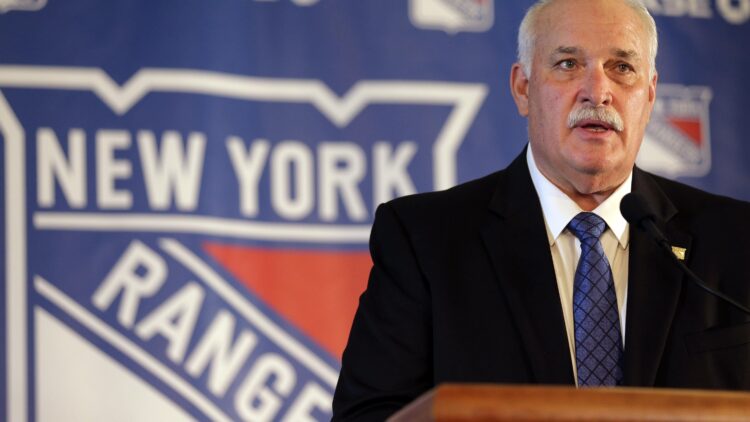 Earlier this week, the stars finally aligned for a reunion of John Davidson and the New York Rangers. It was the rare front-office hire that was universally praised by pretty much everyone. JD’s introductory press conference on Wednesday was nothing short of a love fest; it’s what JD and the Rangers both deserved.

However, moments like this are appropriately short-lived. Davidson is officially on James Dolan’s payroll as the highest ranking member of Hockey Operations at the New York Rangers. JD himself acknowledged that hard work lies ahead, and that his experience in both St. Louis and Columbus means he’s well prepared for the task at hand with the Rangers.

But what exactly lies ahead? Building a hockey club into a perennial Stanley Cup contender is not a straightforward task. Davidson’s role as President is overarching, comprised of much more than just making the final call on personnel decisions. The Rangers are an organization with almost limitless resources – valued at $1.6 billion – that generated $253 million of revenue during a down year in 2017-18 (that data from Forbes is the most recent available). Davidson’s job, in a nutshell, is to invest those resources (as James Dolan allows, of course) back into the team appropriately. It goes well beyond just how the $83 million allotted for players is spent, and this is also an area where the Rangers should have a significant advantage over their smaller market competition.

1. Get to know the current organization, and ask some difficult questions.

JD’s first month or two will be spent getting to know the current front office staff. There are lots of names on this list, but Davidson has called himself “hands-on” and a “people person,” meaning he’ll likely spend significant time with all of the key players. While I wouldn’t expect him to go full Office Space (“What would you say you do here?”), Davidson will likely probe for weaknesses, redundancies and inefficiencies across departments. Glen Sather spent 19 years as President and, for better or worse, built the Rangers organization in his image. Davidson will start to look for ways to put his stamp on it.

One area that has been called out already by JD himself (unprompted, in an interview with Michael Kay on Wednesday) is data and analytics. The Rangers’ Metro Division rivals are currently stacked with some of the most talented people in the field, and it’s pretty clear that the coaches and front office staff have under-utilized data in their player evaluation process over the last few years. There is currently one person in the entire organization that oversees analytics. His name is Jim Sullivan, and his actual title is “Director, Player Care & Development/Analytics and Hockey Technology”… whatever that means. Expect JD to make some significant changes or additions in this area.

2. Prepare for the draft

Successful drafts are the result of a coordinated effort between all of the key decision makers at a franchise. Scouts, coaches, advisors and management must figure out how to maximize their most valuable assets. The Rangers have nine total picks in this June’s draft, and another nine next year. The easy part of course is the second overall selection: Jack Hughes or Kaapo Kakko, whoever is left. But beyond that, the Rangers have a plethora of options on the table, including potential trades.

While Davidson will likely let Jeff Gorton and the current scouts take the wheel this June, this is a great opportunity for JD to begin setting the tone for how he wants to operate moving forward. It’ll be our first real glimpse into JD’s style and how it might differ from Glen Sather’s.

3. Establish a vision for the franchise

A successful organization, whether in business, politics or pro sports, usually coalesces around a clear and definable vision for the future. When Glen Sather took over as President and General Manager in 2000, he implemented his vision immediately, flawed though it was. Sather aimed to turn the Rangers into the hockey version of the Yankees, dominating the sport through the power of the purse (remember, there was no salary cap at the time). Unfortunately, Sather’s signings almost universally flopped, and the Rangers continued on a downward spiral that lasted almost a decade.

Ironically, Sather was saved by the implementation of the salary cap after the 2004-05 lockout, and through some combination of prescience and dumb luck, built a team that was well-suited for the “new NHL” when play resumed in October of 2005. Yes there was Jagr, Straka, Nyladner and Lundqvist, but Sather also hired Benoit Allaire in July of 2004. At the time, no one batted an eye, but those under-the-radar moves are often the most important.

Davidson made it clear that “patience” will still be part of the plan moving forward, which is probably the best clue we have as to what his overall approach to the Rangers will be. There has been wide speculation that with plenty of cap space and the second overall pick in their pocket that the Rangers will look to accelerate this rebuild. With Davidson at the helm, that may not be the case.