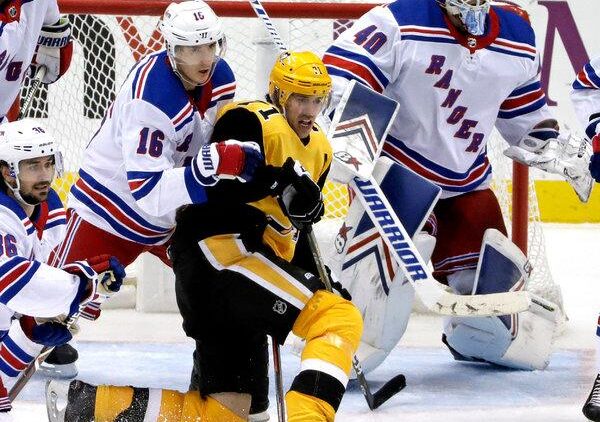 Ryan Spooner to Edmonton for Ryan Strome, even with salary retained, was one of Jeff Gorton’s best trades of the season. The Rangers sent Spooner, who was less than a spare part, to the Oilers for a 25 year old former top-five pick who needed a change of scenery. At the very worst, it was a wash for both teams. But this wasn’t the very worst. This was a trade that worked out in spades.

For all his struggles in Edmonton, Strome really clicked offensively in New York. His line of 18-15-33 in 63 games with the Blueshirts (1-1-2 in 18 with Edmonton) helped him set a career high in goals and left him one shy of 20 for the season. The issue is determining whether or not Strome’s production was smoke and mirrors – I had an entire post on this that was wiped away in the hacking, but he was shooting 22.5% with the Rangers, which isn’t sustainable – since he doesn’t have the underlying numbers to support that he can continue this next year.

Let’s move to shot heatmaps to further hammer this point home. First let’s see how the Rangers do offensively with Strome on the ice: 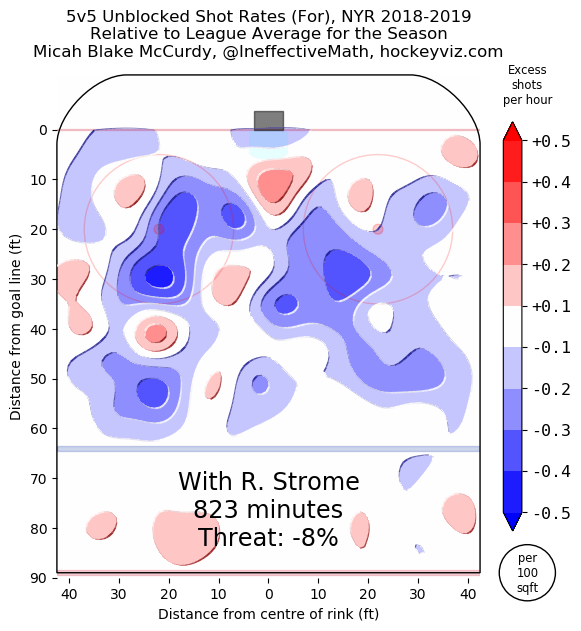 Clearly not that good. Clearly the -8% threat level is something to take note of, but all that blue is just bad. And driving the point home, let’s look at it when he’s not on the ice: 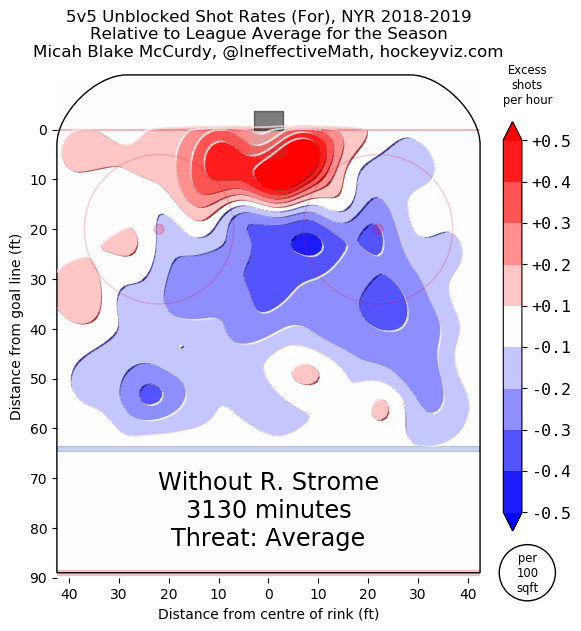 While not exactly great, the threat level gains 8% back to average and there is more red in front of the net. Since Strome has been used primarily as a center lately, that’s his area. Not a good look.

Defensively the entire team was a relative tire fire, but Strome didn’t exactly do much to limit the damage against weak competition. Here’s how the Rangers did with Strome: 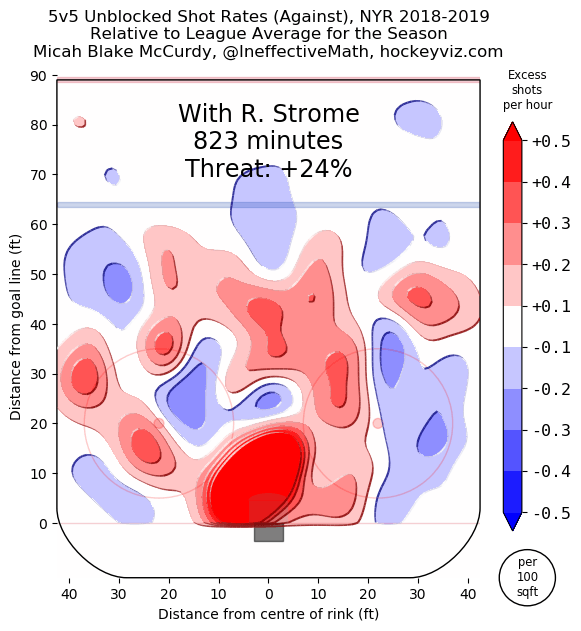 The threat level of 24% above average is downright awful and there is so much red in the home plate area. It’s really bad. And the Rangers are better when he’s not on the ice. 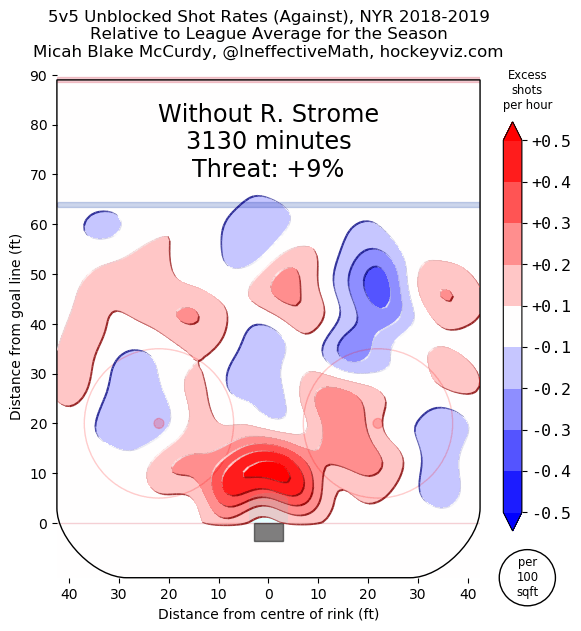 And as expected, the Rangers do much better defensively when Strome isn’t on the ice.

What we have here is a potential smoke and mirrors case with Strome. His 22.5% shooting rate is likely not able to be reproduced, because aside from the fact that it is double his career SH% of 10%, no one in the league shoots at 20% on a regular basis. Even Alex Ovechkin only scores at a 12.6% clip. The greatest goal scorer of our generation, 12.6% shooting rate for his career and never a year that is close to 22.5%. To think he can continue this for a prolonged period of time is dangerous thinking and will lead to disappointment.

If Strome shot at his career average, he would have finished this season with a line of 9-13-22 during his stint with the Rangers and there would be no doubt that the Rangers, while still finding something useful for Spooner, should not be looking to keep Strome beyond this year. His underlying numbers do not bode well even on a bad team. But still, he almost scored 20 goals, and when evaluating for a full season’s worth of work, you can’t ignore it.