Kakko is a game changer, but not a savior – Work still needs to be done 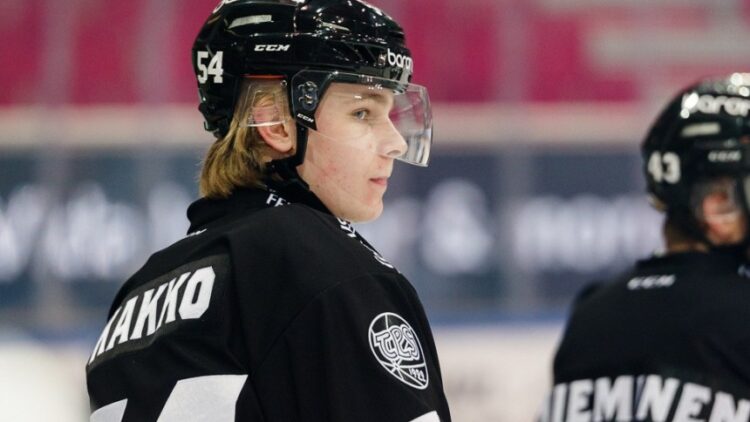 Stop me if you’ve heard this before. The Rangers are picking 2nd overall in this year’s draft, and are likely going to be selecting Kaapo Kakko out of Finland. Kakko is the real deal. He’s an elite level talent that is a franchise changing player. He single-handedly changes the course of the rebuild, especially when you consider the complementary pieces around him. However he is not a Connor McDavid. He is not a Sidney Crosby. He is not an Alex Ovechkin. He is not a generational talent. He cannot make the Rangers a Stanley Cup contender on his own.

As it stands today, the Rangers have a top six consisting of Kappo (or Jack Hughes, if the Devils have the guts to pass on him), Mika Zibanejad, Chris Kreider, Pavel Buchnevich, Filip Chytil, and possibly Vitali Kravtsov. That’s good. That’s young. That is supremely talented. But it’s not enough. That’s two rookies and a second year player on the top-six. It might be great, but it’s no guarantee to turn things around. The Rangers need another forward that can be a sure fire top-six guy. This way if one of Kappo, Kravtsov, or Chytil falter, then can be given sheltered third line minutes. That is step one in free agency, and that’s why the Rangers are expected to go big on Artemi Panarin.

The elephant in the room, though, is the blue line. Lindy Ruff has to go, we’ve covered this. That is step two in this rebuild. Ruff’s tenure with the Rangers has produced nothing but failure after failure. And it’s not a unique situation to the Rangers, as he’s never had good defensive teams wherever he’s gone. That should be an easy one, although David Quinn is on the record saying he expects his coaches to return.

Step three is figuring out what to do with the actual players. Brendan Smith is basically a winger now. Marc Staal has been dead weight for a while. Neal Pionk is not good. There are rumors around Kevin Shattenkirk’s future in New York. Perhaps the Rangers move on from Shattenkirk. Perhaps the Rangers finally bite the bullet and buy out Staal. That still leaves Smith, if he’s on the blue line still, and Pionk getting big minutes. The Blueshirts need bodies. The easy answer here is Erik Karlsson, but can the Rangers afford both him and Panarin? It’s doable, but it gets tricky. Even then, the blue line is a major question mark of Karlsson, Skjei, Hajek, DeAngelo, Pionk, and Smith? Yegor Rykov? It’s a step in the right direction, and Karlsson instantly makes the blue line better. Is that enough with Henrik Lundqvist still posting above average GSAA numbers? Can Lundqvist continue that pace at 38 years old?

The rebuild is probably over and the Rangers are probably going to try to compete next year. That’s how much Kappo changes things for the Rangers. But that doesn’t mean they can sit back, let Kappo run wild, and expect things to magically turn around. Kappo doesn’t turn this team from a 26 regulation/OT win team (dead last in the NHL) with 14 loser points (tied for first in the NHL) into a playoff team, leapfrogging at least four teams in the process. There is still work to be done here.