Let’s get the obvious out of the way: Brendan Smith is not worth his 4.35 million dollar cap hit. He also has never and will never grade out well in catch-all metrics such as WAR, GAR, or GameScore because he is not a point contributor at the NHL level. That being said, the Rangers contract situation when it comes to defensemen means Smith will either preside on the NHL roster or be buried in Hartford to the detriment of the cap. While the latter is an option, I believe Smith has shown this season he can be an effective third-pair option for the Rangers, especially with his play in the last five to ten games. 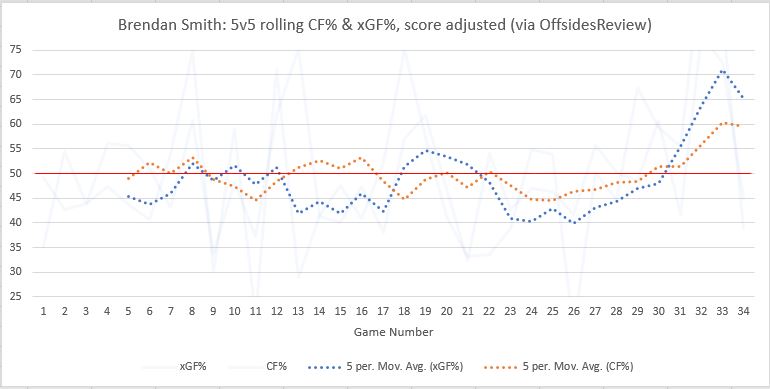 So far this year in his third-pair TOI role (with some higher figures lately) against mostly middle to bottom six TOI forwards, Smith leads the Rangers defensemen in shot share (Corsi For %) and shot share relative, both at 5v5. This is significant because as we’ve seen, the Rangers have generally struggled all year to win the shot battle. Smith hasn’t been as good when it comes to expected goals for and against, as he’s had trouble with limiting quality against when on the ice. That said, Corsi and Expected Goals have a r-squared value of just over 0.8, indicating a strong relationship between the two, which checks out logically when you think about it (more shots = more chances, and visa versa). 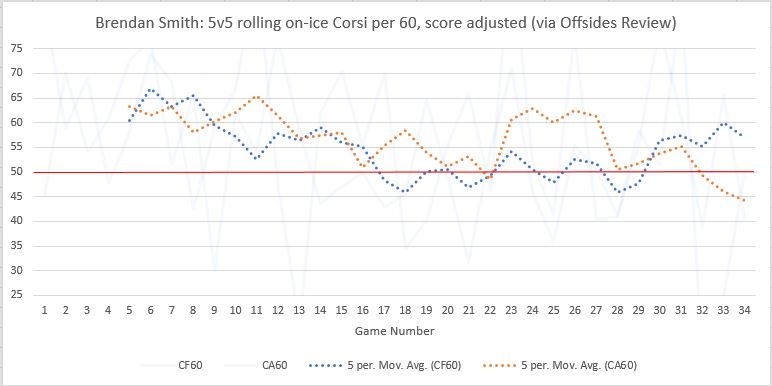 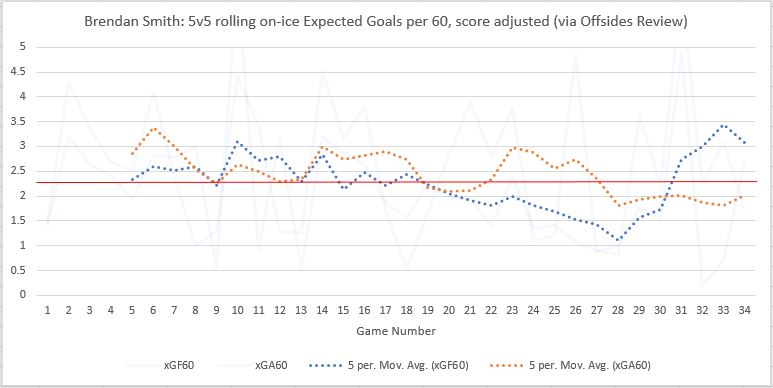 His effectiveness also seems to be universal regardless of partners. Smith has played some amount of time with every Rangers defenseman this year except for Lindgren, and every player (including Shattenkirk) ends up with a better shot share with him than without him. The team benefits when he has been on the ice in his role. 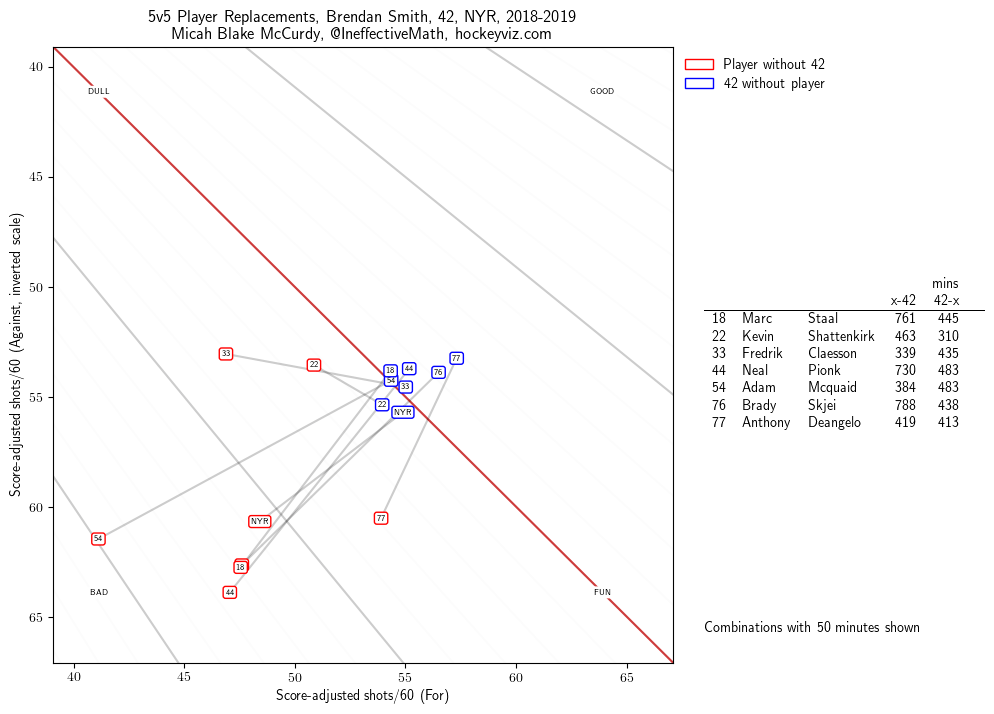 In the end, Smith is not going to be able to fix the problem of the Rangers defense lacking a true number one defenseman, as he is not that. As we glance forward to next year, the options for second or third pair left-handed defenseman come down to him, Skjei, Staal, and potentially Claesson. Skjei has certainly struggled, but is still 24 and has a body of work that is better than we’ve seen this season. Staal continues to evade the press box, which many have been longing for. Claesson has certainly showed some good play, but there is no guarantee the Rangers will keep him. Smith, barring a trade or complete buy-out, will likely be in training camp come the Fall of 2019. While I started out by saying he is not worth his contract, Smith certainly is at least providing value by stabilizing the shot share in his limited minutes this year – something that shouldn’t be ignored given the Rangers overall defensive struggles.