Exploring Colorado as a trade partner 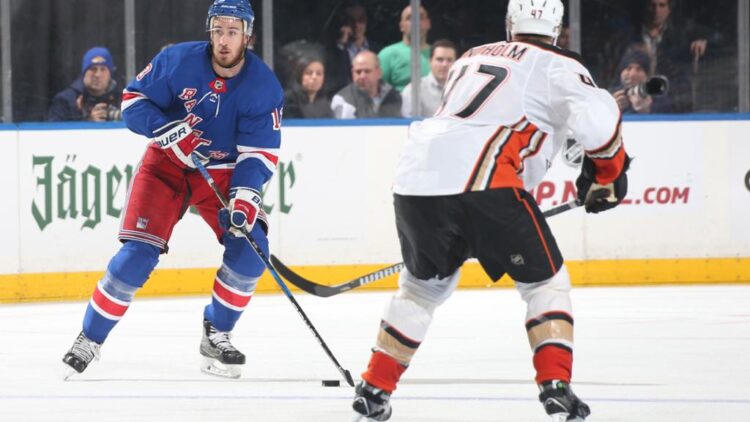 Rumors have been abound about the Rangers and the Avalanche, as the Rangers have been heavily scouting the Avs recently. Naturally, the thoughts went right to Kevin Hayes, and with good reason. He presents a need for the Avs as a top-six forward to round out their scoring depth beyond that ridiculous top line.

The Avs are an interesting team. Outside of that top line, which is carrying them to a playoff spot, the Avs really have no business being in the playoff hunt. Semyon Varlamov started hot, but has cooled recently. About two months ago, I called out the Avs as a team the Rangers should specifically target in trades, since they are a team that has played above their expected results. A team like this can be ripe for the taking.

Another thing to note is the Avs have Ottawa’s first rounder this year in addition to their own. That Ottawa first rounder isn’t going anywhere, so don’t bother. But that other one, which could be in the 16-20 range, is a valuable asset. Also not going anywhere in a rental is Cale Makar, but he should be the first ask from Jeff Gorton.

These teams are a clear match. Constructing a theoretical deal is very difficult, because there isn’t just one player we can pinpoint as the Avs target. Instead, we should be eyeing specific pieces outside of draft picks.

Martin Kaut (1st, 2018) and Conor Timmins (2nd, 2017) have been mentioned here before. Timmins would be my preference here, as he’s a puck mover with high hockey IQ. He’s something the Rangers lack in the system. He’s not flashy, he doesn’t have elite speed. He’s just solid all around. Kaut is your middle-six, all-around good hockey player. Think Lias Andersson. You can never have enough players/prospects like him.

There are other prospects in the system that the Rangers could land, as Kaut and Timmins will be hard to pry from Colorado outside of a Hayes or Kreider deal. For the sake of this post, let’s assume anything acquired from Ottawa in the Duchene deal (Kamenev, Bowers) isn’t on the table. It’s not the best assumption, but there’s logic in thinking a team won’t trade a prospect they just acquired, unless it’s of the Tony DeAngelo mold.

With that, we are left with Nikolai Kovalenko (6th, 2018), a playmaking forward with great hockey IQ; Igor Shvyrev (5th, 2017), a raw and skilled forward that needs to put it together, meaning he could be high-risk, high-reward; Ty Lewis (UDFA), a small and nothing overly elite forward that just does everything else well; and Sampo Ranta (3rd, 2018), a pure athlete that is a project, but again a high-risk, high-reward player.

There’s a deal to be made between these two clubs. Assuming this is a pure rental deal, we should be expecting a decent-to-good prospect and a good draft pick. The better the player, the more the cost (naturally). It will be interesting to see how this all plays out.