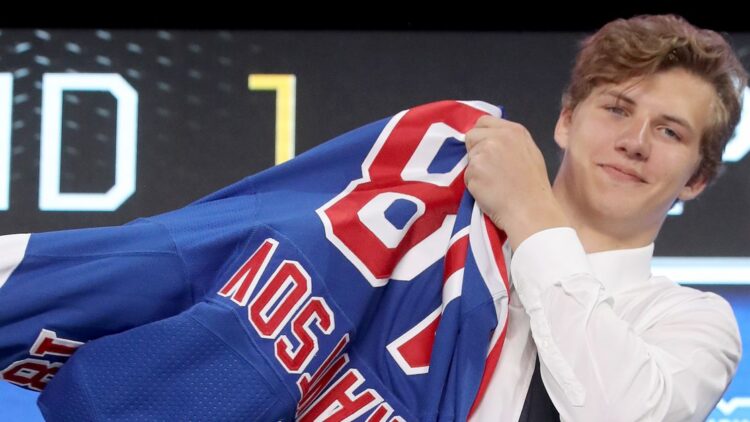 Corey Pronman has released his top-57 NHL prospects (subs req’d), and the Rangers have four prospects that made the list. The highest ranked prospect was Vitali Kravtsov –who was ranked higher than Oliver Wahlstrom, for the record– and the Igor Shestyorkin came in as the top goaltender.

K’Andre Miller was the other Ranger to make the list. Olof Lindbom made the top-20 goalie list, which I found to be interesting.

Worth noting that Lias Andersson did not make the list. That will spark some debate, but if you do simple math (57 skates, 31 NHL teams), then unless a team has a ridiculous system, only 1-2 prospects per team makes the cut (assumes a few things, but my point here is that a third prospect from a team wasn’t likely). If Kravtsov and Miller are ranked ahead of Andersson’s peak ability, which they should be, then it makes sense he’s not on the list. That does not mean he is a bust.