On the Rangers and how (not) to rebuild a franchise 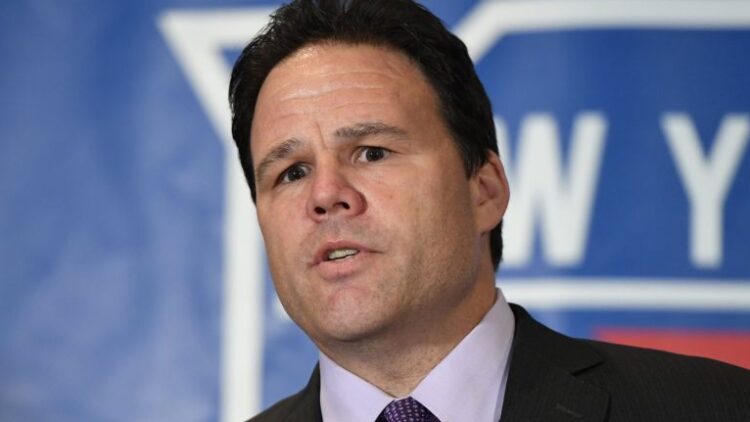 Sports are about evolution. The most successful teams in every sport are generally the ones who remain ahead of the curve. The champions are usually on the cutting edge, the contenders keep up, and the bad teams fall behind, often languishing near the bottom of the standings for years, or even decades.

By most measures, 2018 was the worst calendar year for the Rangers since the 2004-05 season was wiped out by a lockout. Exactly 51 weeks ago, the Rangers lost in embarrassing fashion at home to the rival Islanders 7-2.  Even more than the White Flag Letter that followed about a month later, I recall hoping that this game would be a turning point.

I hoped that this game would be the moment several years of questionable draft picks, roster choices, talent evaluation, lineup decisions, and coaching hires finally came home to roost. That after such a drubbing, the Rangers would wake up and realize that they were doing it wrong, across the board. Realize that they valued the wrong traits in players (particularly defensemen), that they relied too heavily on goaltending, and that they didn’t have the requisite team speed nor elite skill required to even make the playoffs, let alone win a Stanley Cup. It was clear that day last January that the modern NHL had passed by the Rangers. What’s most worrying one year later is that they’ve shown no signs yet of catching up.

The Rangers have spent the first 41 games of this ill-fated season lying to themselves and their fans. They have consistently espoused (through the always-reliable MSG Network mouthpieces) falsehoods about “player development” and a “youth movement” and then iced mainly veteran-heavy lineups. They have opted to keep the leash of accountability much shorter on young players as opposed to older ones. So far, David Quinn – who by all accounts seems like a thoughtful and intelligent guy – has fallen victim to the same wrongheaded player evaluation pitfalls as his predecessor, particularly as it pertains to defensemen. (Have the Rangers ever considered on-ice shot share or expected goals-for percentage in their evaluation? Doubtful.)

These dubious decisions are not just limited to the coaching. The Rangers traded draft picks – yes, actual draft picks – for 32-year-old Adam McQuaid! In a “rebuild”! They signed Ryan Spooner to a 2-year, $8 million contract (before dealing him to Edmonton for Ryan Strome) even though they have an organizational logjam at center. They’ve refused to give Tony DeAngelo and Lias Andersson (the centerpieces of the Derek Stepan trade, remember) a real chance at NHL roles. Also, Cody McLeod was brought back, as was Lindy Ruff to oversee the defense. As Billy Joel once sung: what else do I have to say?!

There are several defensible reasons that the Rangers may have decided to go about their business in this way. Player development isn’t linear, so “just give a bunch of teenagers all the ice time” isn’t a prudent strategy. And even though it never resulted in the ultimate prize, the Rangers had built a winning culture that lasted over a decade. They clearly wanted to do their best to honor that culture, while giving the next generation of players a stable situation in which to grow. At this point however, it’s fair to say that these ideas were fatally flawed and are leading to diminishing returns. The Rangers are losing badly nearly every night, and young players are neither getting valuable minutes nor are they learning much from the veteran core that’s been built to shepherd them along.  That winning culture has completely vanished and it’s clear that the losing, as well as the looming February 25 trade deadline, is taking its toll on everyone.

The time has come for the Rangers to drop the act and ditch this half-hearted rebuild. The emphasis must shift to young players, and veterans need to be relegated to lesser roles. Marc Staal leading this team in minutes every night is useless (if he plays third-pair minutes, I can live with it). Brendan Smith playing over Freddie Claesson (or at all, really) is indefensible. Mats Zuccarello just admitted to Larry Brooks that his heart isn’t in it anymore, so the Rangers need to trade him as soon as possible. Henrik Lundqvist should play about 50% less frequently so the Rangers can figure out what they have in Alexandar Georgiev. Ryan Lindgren, Libor Hajek and John Gilmour should all get looks at the NHL level sooner rather than later. Lias Andersson needs to be brought back up and given the same opportunity in the final 41 games that Brett Howden was given in the first 41.

Across the hall at the MSG Training Center, the New York Knicks are going through a similar process. While it’s not a perfect comparison, the way the Knicks are going about their rebuild is much more preferable. Veteran players have been given lesser roles (even though they’ve grumbled about it publicly), and coach David Fizdale has preached a progressive style of basketball that will translate to wins if and when the team acquires more bona fide talent. It would behoove coach Quinn to knock on Fizdale’s door and pick his brain.

The Rangers have largely wasted the last 12 months by hemming and hawing their way through this rebuild. The time has come to fully commit to it, modernize their approach, and really begin the hard work of rebooting this franchise. The longer they wait, the more likely it is that this difficult period will last longer than just a few seasons.