And now we wait on Kevin Hayes 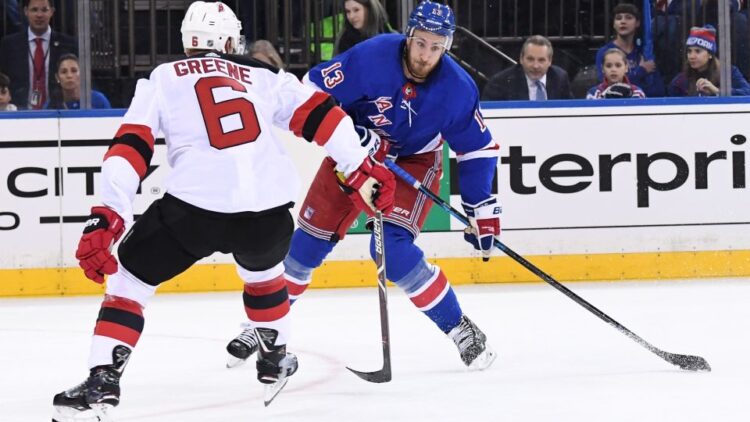 Now that the year has turned to 2019, all eyes are going to be on the Rangers and what they do with Kevin Hayes. When Hayes signed his one-year deal this summer, it was “known” he would be traded at the deadline. However with the year turning to 2019, he is now eligible to be re-signed. Remember what the Rangers did with Mats Zuccarello? Same concept.

Hayes is having a career year and is cementing himself as a top line center. With a line of 10-23-33 in 38 games, Hayes is tied for the team lead in assists and second in points. He has shown tremendous vision and playmaking ability, in addition to showcasing his three-zone game.

Re-signing Hayes would be a prudent move for the Rangers, especially if he comes at a discount (likely not). Hayes won’t turn 27 until May, which is the golden age for UFAs. On the open market, he could get six or seven years at excess of $6.5 million a year.

Keeping Hayes doesn’t automatically mean trading Mika Zibanejad, as the Rangers have enough cap and roster space to keep both. There’s no rule that says you can only have one player capable of being a 1C.

If the Rangers choose to trade Hayes, the haul will be relatively significant. It will likely be at least a first round pick and a good prospect. My guess is there would be an additional conditional pick attached, based on whether or not Hayes re-signs with that team. That’s a lot for a rental, but he’s a top-six forward, and that market has been set and re-set many times at that price.

There’s always the chance of a trade and re-sign, but let’s call that unlikely at best.

My guess is the Rangers will do something quickly with Hayes, whether it be re-signing or trading. There is nothing concrete here, just my educated guess that both player and team will want a resolution rather quickly. All eyes will be on the Rangers while this is going on. Hayes could be the first domino to fall for the trade deadline.