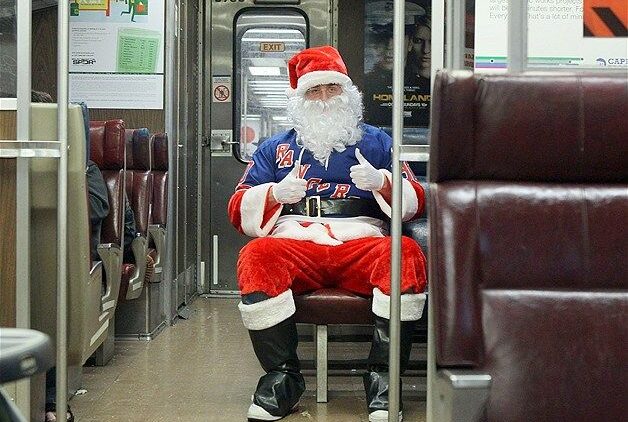 First off, to all who are celebrating today: Merry Christmas! On behalf of the entire BSB staff, I hope you all enjoy a great day with family and friends.

Now, speaking of Christmas, let’s get to the best part: THE PRESENTS! Well, they’re not actual presents, but Dave, Pat, Becky and I decided to share our Rangers “wish lists” as the franchise looks ahead to the second half of the season and beyond.  After 35 games, the Rangers have mostly lived up to their low expectations so far.  There have been some fun wins and stretches of decent play, but the team is mostly getting outshot, out-chanced and outscored on a nightly basis, even by some less-than-stellar opponents.  With the Rangers in the midst of a rebuild none of this is really surprising, but as the calendar turns to 2019, business will pick up for Jeff Gorton and the front office.

With that, here’s what our staff is wishing for this holiday season…

He’s been the best, most consistent Ranger all season and looks like a player the team can build around.  Centers of that caliber are hard to come by, and even though the Rangers have lots of prospects who play the position, Hayes is a sure-bet while you just never know how the guys like Chytil (who’s excelled on the wing) and Andersson might pan out.  At only 26, a five or six year contract at market value makes perfect sense.

Folks, it’s a rebuild.  The Rangers might be calling it a remodel, a renovation, a retool…whatever, it’s a rebuild.  The path forward for the Blueshirts is to acquire as much top talent as possible and hope that one or more of those picks turns into a bona fide elite player.  The teams that win the Cup all have elite talent.  So, my Christmas wish list is as follows: a top-3 draft pick, two more first round picks from trades, and two more solid prospects from Santa Gorton.  The deadline will give the Rangers ample opportunity to acquire these and more assets, and they need to capitalize.  Also, I’d like a giant slingshot for players I deem should be fired into the sun.

Rob – A ray of hope on the blue line.

It’s well-documented at this point that the Rangers’ defense is – and I’ll be nice here since it’s Christmas – not great!  Neal Pionk has some offensive upside and Freddie Claesson may have staying power, but the team still struggles mightily to keep opponents away from Henrik Lundqvist’s net, despite a change in system implemented by a defense-first coach.  Yes Lindy Ruff is still around, but it’s plain to see that the Rangers simply don’t have enough talent on the back end, regardless of coaching.  Perhaps a call-up from Hartford might do the trick, though the early returns on Ryan Lindgren and Libor Hajek are slightly concerning.  I may be hoping for a minor miracle here, but I would love to see something from the Rangers before the year ends that makes me believe the defense is going to improve.

Pat – I’d love it if everybody could just accept the cognitive dissonance that exists when you need your rebuilding team to lose more so you can land Jack Hughes, but also win because you like to have fun.

We can all walk and chew gum here, so let’s do that. It’s fine. We can harbor two mindsets at once and it’s not a big deal, no reason to bicker about it (this is more a Twitter critique). Also, if we could stop re-litigating the Lias Andersson pick over and over that’s great too. Broadly, let’s just try to relax and have fun this season – we knew it was going to be weird.

So there you have ’em: the BSB staff’s Christmas wish lists.  What’s on your list this year?  Give us a shout in the comments and let us know.