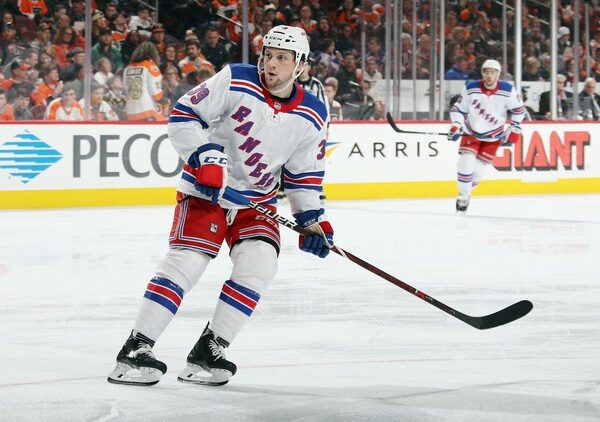 The Rangers have recalled forward Matt Beleskey from the Hartford Wolf Pack, and returned forward Tim Gettinger to the AHL. In his four game stint with the Rangers, Gettinger was primarily on the fourth line and was held off the score sheet.

Beleskey, acquired in the Rick Nash trade, has a line of 3-6-9 in 14 games with the Pack this year. He will likely play on the wing on the fourth line while the Rangers heal up.

This was likely a matter of seeing what Gettinger had, and then ensuring he got more playing time in the AHL. There is no use in having a prospect toil on the fourth line during prime development year.