Mika Zibanejad and the case of being a true 1C 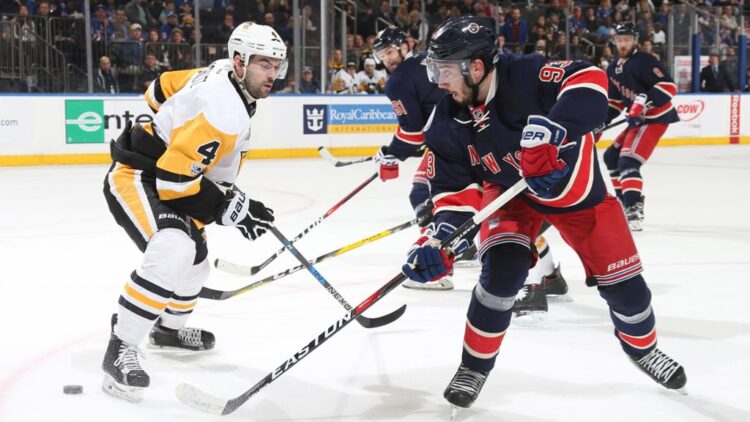 From the kids to the leaders to Chris Kreider to the pending trades, there were many areas of interest for the Rangers this year. One of those areas that hasn’t been discussed much yet is whether or not Mika Zibanejad can hold the position of a true 1C. Through 14 games, Zibanejad has answered that call.

Zibanejad’s underlying numbers are ok, but nothing to write home about:

From a raw possession standpoint, Zibanejad is under 50% possession and xGF% is underwhelming. Given his scoring rates thus far, you hope that those numbers will get better. He had solid possession stats over the past few years, so this looks like a systems adjustment to me. I’d expect that to get better, but I’m an eternal optimist. 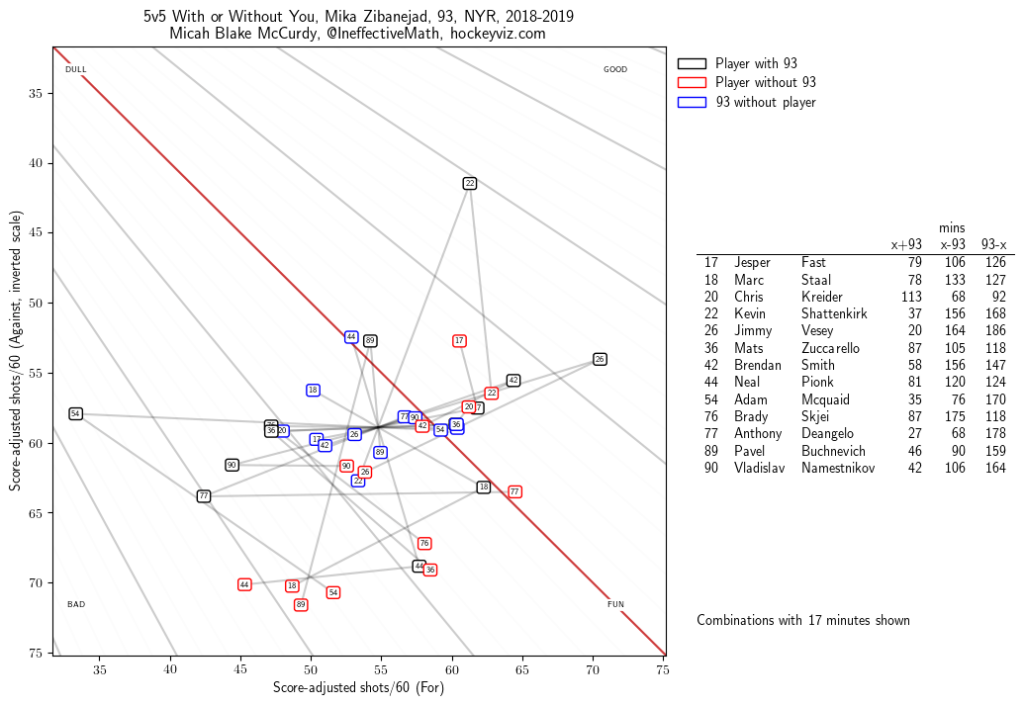 When we look at how Zibanejad impacts his teammates, it isn’t as concrete as Chris Kreider’s impact. Zibanejad certainly has positive impacts on some teammates, but there are a handful that are worse when on the ice with him. One thing we do know is that Zibanejad is on the ice for significantly more shot attempts, both for and against. Hence he’s more in the “fun” side of things. However I’d like to see these impacts get more towards the “good” side of things.

From a raw statistics standpoint, ZIbanejad has shown that he can , at least in the short term, be a viable 1C for the Rangers. He’s scoring nearly a point per game in the early going, which is certainly more than you can ask of anyone on this team. Ideally his underlyings get better, and there’s reason to believe they will, but so far he’s shown he can at least handle the load.