Stop me if you’ve heard this before. Alex Ovechkin scores goals. He scored twice, both from his usual spot, as the Caps beat the Rangers in overtime last night. It’s not just Ovechkin, obviously, as the Caps are a very good team. The Rangers played another competitive game –they haven’t really had one where they weren’t at least competitive– but came up short.

Special teams were a bit of a train wreck in this one. The Rangers had some issues on the powerplay before the Kreider goal and had issues stopping the Caps’ powerplay. That will take some time to figure out as well. But that is life in a rebuild.

Some positives before we get into the goals: 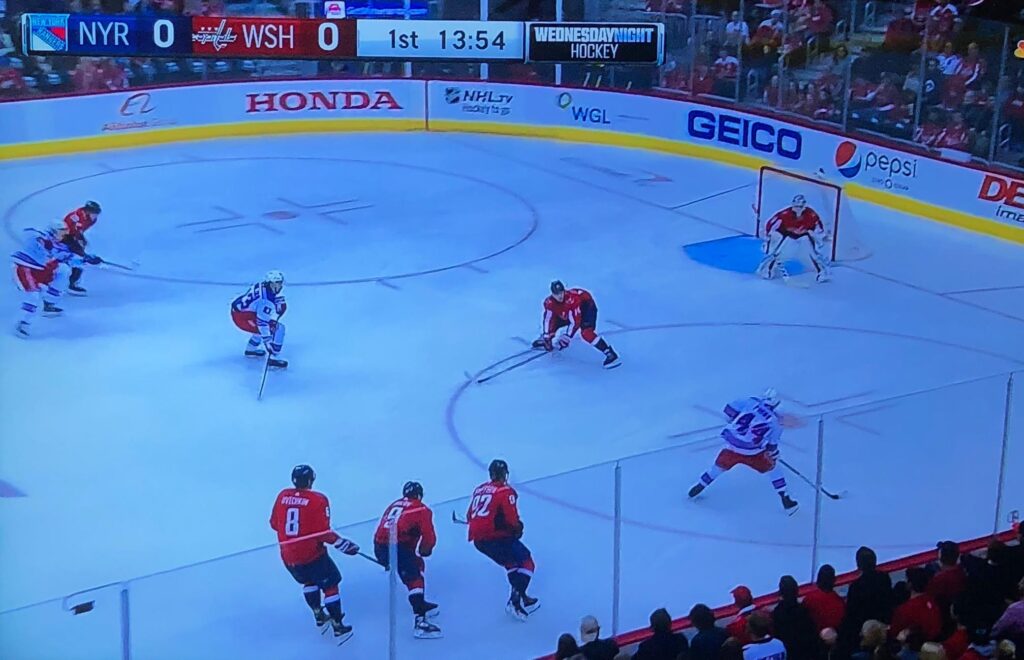 Neal Pionk did a great job here of recognizing there was open ice through the neutral zone, and he skated through it with tons of speed. Vinni Lettieri did a good job setting a pick on Dmitry Orlov to give Pionk the ability to gain the zone. After that, it was a numbers game. It’s a 3-on-2, and Holtby was forced to make a great save on Chris Kreider once Pionk got the pass through. Mika Zibanejad had a wide open net with the rebound.

Friendly reminder to those around the League that @JohnCarlson74 can RIP the biscuit. 🚀 #WNH pic.twitter.com/PQtaqiCKbt

After hearing Doc ask if folks were hungry, John Carlson got one by Hank off a faceoff. Hank was screened by Brady Skjei in front on that. When a goalie can’t see the shot, he will drop to butterfly and try to take up as much room as possible, hoping the puck hits him. This time it didn’t.

The amount of skill it takes for Alex Ovechkin to not only get this shot off, but get it off hard and on net is just unreal. Maybe five people in the league can do that, and maybe 10% of those shots are actually on net. The shot threw Hank off, which is why he was so delayed in his reaction. 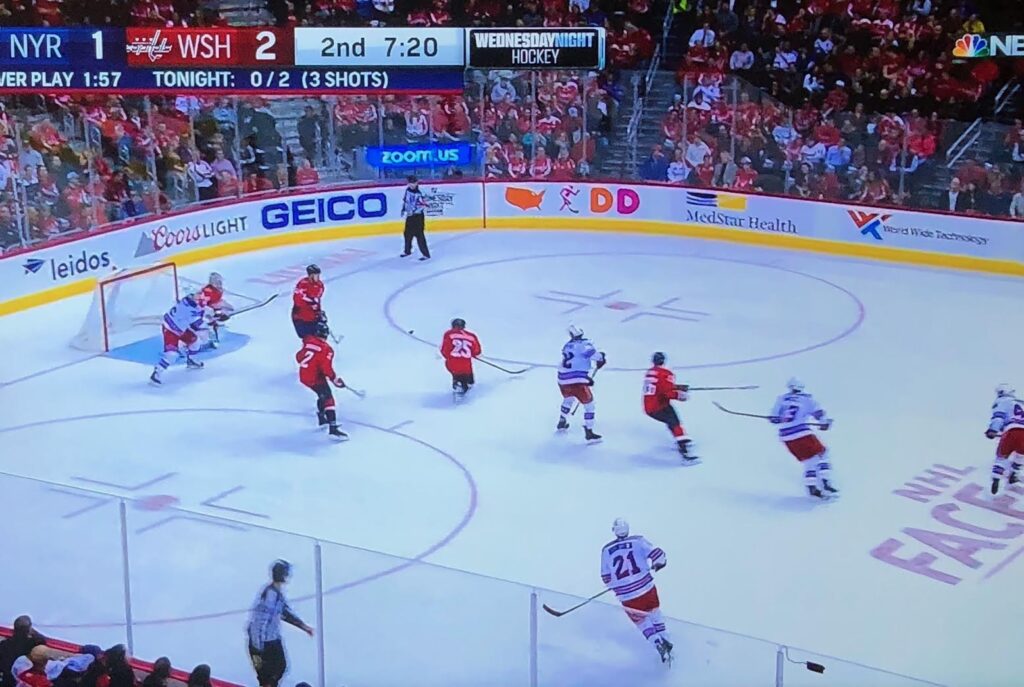 Might want to cover that Jimmy Vesey guy in front. 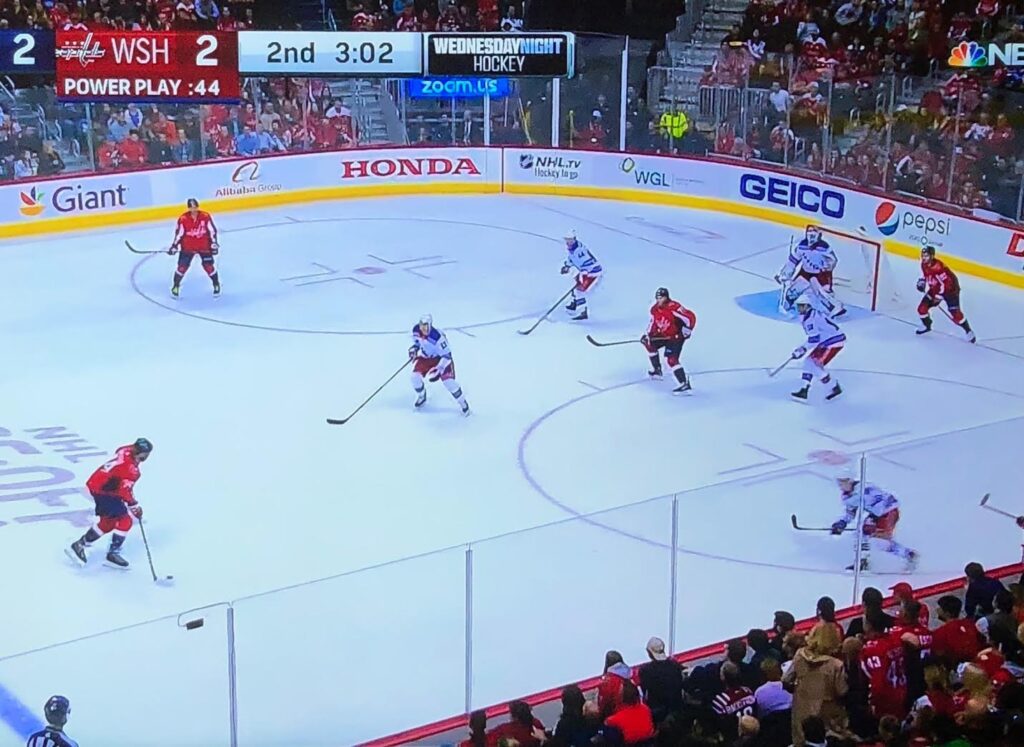 The Ovi spot is incredibly difficult to defend, and it’s not as easy as “shadow him.” It’s deadly because the Caps move the puck so quickly from boards to point to Ovi, and Ovi’s shot is deadly. The PK can’t adjust in time and the goalie can’t move over and get set for the shot. The PP unit for Washington has great puck movers that are also legitimate shot threats. So many factors go into this other than just the “Ovi spot.” 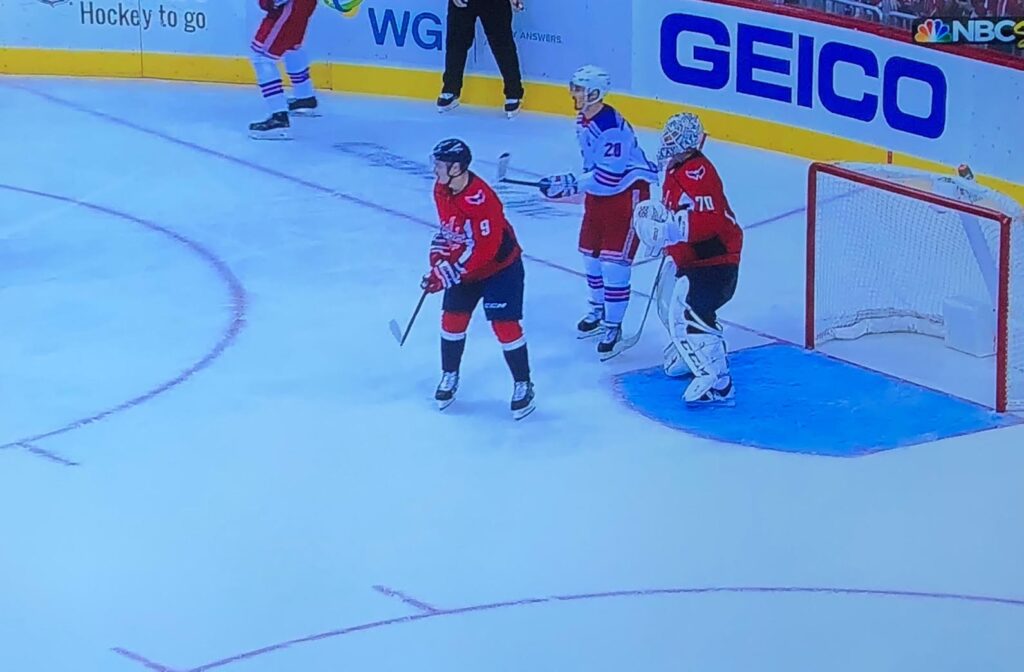 Looks like the Caps have a problem looking behind them. Chris Kreider was alone for the deflection on this one while Orlov didn’t even notice.

Pionk lost Matt Niskanen behind him after a long shift, who had time to bury the rebound. It’s 3-on-3 hockey, everyone loses everyone, which is why there is always a ton of action and chances. That’s the nature of it.

I have an awful migraine so I’m wrapping this up quickly. Sorry for the lack of a close out folks.