Quinn’s defensive zone system a combination of stability and aggression 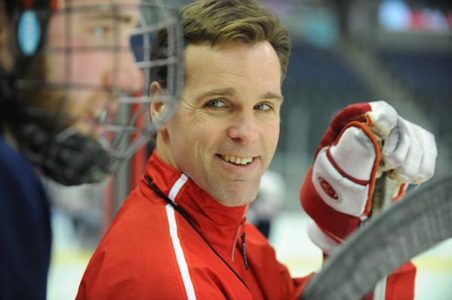 As I did with the forechecking systems, let’s do a quick refresher on the common defensive zone styles we see in the NHL. 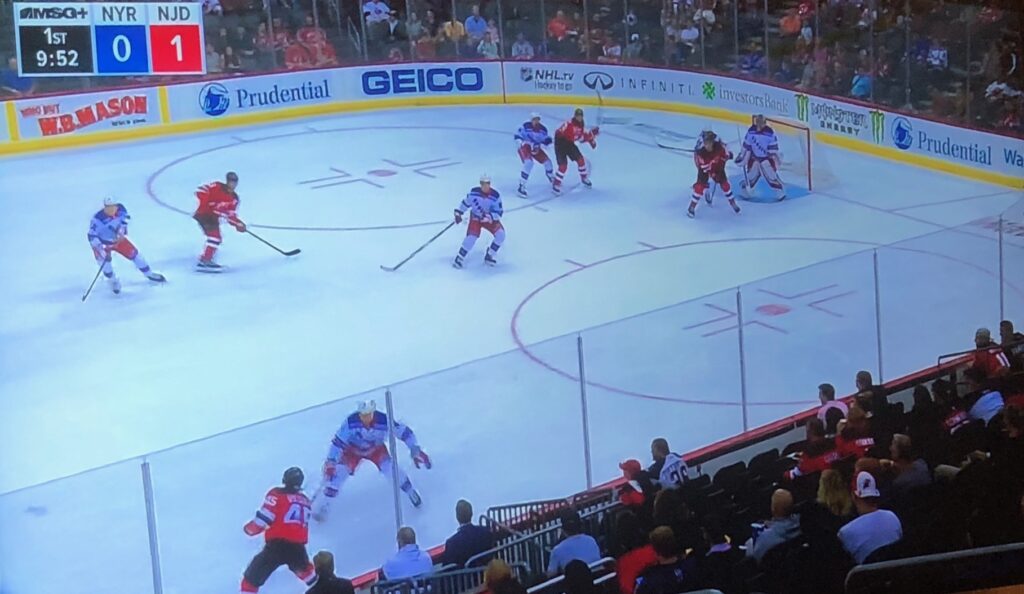 Quinn uses none of the above, or at least not directly. In the early going, it looks like Quinn is playing a 2-1-2 with more stable and fundamental defensive positioning. A 2-1-2 is exactly how you picture it, the forwards pressure the points, the defense cover the slot, and the center roams covering the high slot. When there’s sustained pressure, the above is basically what you should expect to see.

Starting with the defense positioning, it’s pretty straight forward. When the puck is low, the strong side defenseman (D1)  will go to the boards or behind the net to force the issue. D2 in this scenario covers the slot, and doesn’t really stray. If the puck crosses to the other side of the ice, D1 and D2 swap, with D1 coming to the slot and D2 going to pressure the play.

The biggest change here is that you won’t see the defensemen chase to the top of the circle –or worse, beyond– in this system. It is designed to keep them low and limit the number of high danger opportunities against. It won’t result in a ton of odd man rushes and turnovers, but it’s more conservative. It should take some of the strain away from the goalies.

Another change from the AV system is the play of the forwards. Usually we would see F1 and F2 hovering by the boards in the overload, with F3 (usually the weak side winger) covering the high slot. Now we see F1 (center) in the high slot, again covering high danger chances. The wingers pressure the points regularly, instead of pressuring the strong side and leaving the weak side as an outlet.

The center (F1) is also seeing a change in usage. From what we were used to, the center would be hanging along the boards looking for a turnover and transition the play. Now the center is covering the high slot and protecting high risk areas.

In the end, the Rangers will see a completely revamped defensive zone system. In the AV times, the Rangers would give up a ton of high quality chances, but the DZ style would lead to more rush chances. The defense would generate offense at the expense of actual coverage.

Under Quinn, we will see a significant decrease in quality chances against and blown coverages. The system is simple enough that players will know where they need to be. It should cut down on the amount of times we scream “WTF” at the TV as well. On the flip side, we won’t see that many rush chances and goals off turnovers. It will be less exciting, but more stable.