What to do with Mats Zuccarello 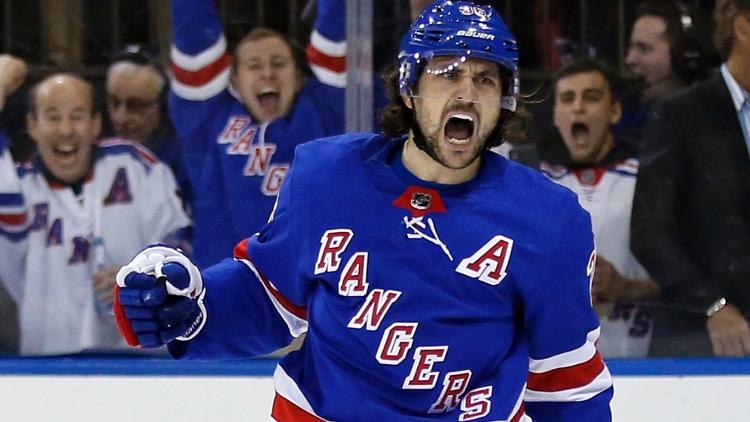 The Rangers are in Year Two of the rebuild, because let’s be real, last year was the first year whether we want to acknowledge it or not. Jeff Gorton and company are expected to sell off more assets throughout the season and at the trade deadline to collect as many young assets and draft picks as possible.

While we expect players like Kevin Hayes and Adam McQuaid to be sold off to the highest bidder, the one one pending UFA that has the cloudiest of futures is Mats Zuccarello. He is a pending UFA, will be 32 by next offseason, and can bring back a haul in a trade. He’s also one of the only players who can bring back that aforementioned haul.

There are really only two options: Trade Zuccarello or keep Zuccarello.

The Case for Trading Zuccarello

This is pretty cut and dry. Zuccarello is a first line player that controls the play on the ice. He may be small, but he’s incredibly skilled and tough. He once famously punched Zdeno Chara’s shins furiously during an intense battle in front of the net.

All kidding aside, Zuccarello is a player that can change the playoff road for a lot of teams. He is capable of playing anywhere in the top-nine and have an impact. He also has a unique ability to make other players on his line better. He’s not a coaster, he’s a driver.

All this makes Zucc the most valuable asset on the Rangers that they might be willing to trade. The Rick Nash price is probably what the Rangers will be looking for – a first, a solid prospect, and then some fillers.

The sweetener is that Zucc’s $4.5 million contract is easily absorbed by most NHL teams at the deadline. The Rangers needed to take on Matt Beleskey’s salary (50% of it) in the Nash deal. That isn’t needed for a theoretical Zucc trade.

Plus, there’s always the “hey we are going to trade you and then re-sign you this offseason” maneuver.

The Case for Keeping Zuccarello

There are few players in the league willing to take a hometown discount, and Zuccarello did that not once, but twice. He trusted the Rangers when they bridged him with a one-year deal in 2014, knowing they had cap issues. He then took a sweetheart deal for $4.5 million six months later. Not many players are willing to leave millions on the table. Zuccarello did.

A player like that, who values team over money, can be the right person to help lead a rebuild. Zuccarello had to grind his way to an NHL role, his skill level wasn’t enough. That’s the kind of leadership you want in the locker room for kids like Filip Chytil, Lias Andersson, and any other kid brought in.

Plus, you can’t have a roster of just kids. Good veteran role players are needed to round out the lineup. Just look at Edmonton, who has a habit of surrounding elite talent with bums. If the kids in New York have close to elite talent, they will need viable options in the lineup to surround them and bring out the best in them. Zuccarello is certainly one of those players.

I’m firmly in camp “trade and re-sign Zucc.” However that may not be a viable possibility. I’m still on the fence with what to do with Zuccarello. It’s not an easy call. To be fair, I don’t think there is a wrong answer here.