What do the Rangers have in Matt Beleskey? 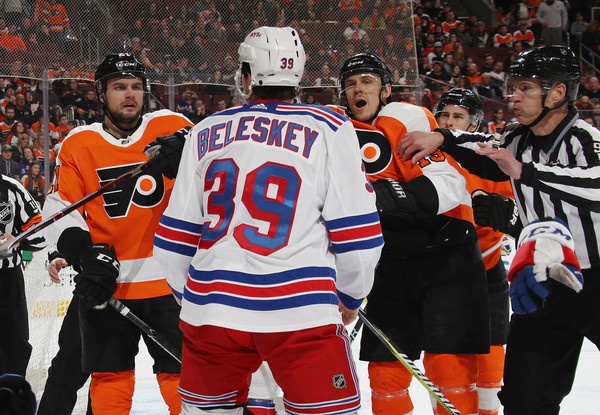 When the Rangers made the big Rick Nash trade, the prize bounty was the first round pick, Ryan Lindgren, and Ryan Spooner. The name Matt Beleskey caught some attention, but mostly because it appeared to be a salary dump by the Bruins to fit Nash’s salary. Beleskey was finishing up the third year of his five year, $3.8 million cap hit deal, but was doing so in Providence in the AHL.

Beleskey was signed to that deal by the Bruins –one that most thought was a bad deal at the time– after his “monster” 2014-2015 season with Anaheim. Beleskey put up 22 goals and 10 assists that year, and was viewed as a breakout player. After a decent but not worth the salary year in 2015-2016, Beleskey was eventually a healthy scratch and then demoted to the AHL.

Beleskey, at least for the moment, appears to be penciled into a roster spot next year. The Rangers don’t have cap space issues, and he’s definitely better than Cody McLeod and Peter Holland. It’s a matter of beating out guys like Boo Nieves and Vinni Lettieri. Worst case scenario, he’s an injury replacement. But the question is what the Rangers are getting in Beleskey, whose contract seems to have marred his actual production. 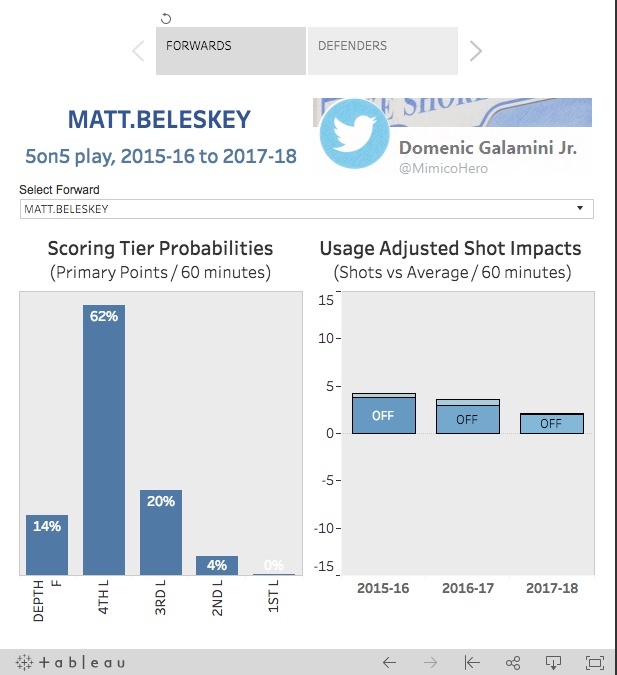 Based off his primary scoring stats, Beleskey best slides into a fourth line role. Alain Vigneault liked to pin his fourth line in the defensive zone, but that’s not how all coaches do things. Looking at the right half of this, it appears that Beleskey’s contributions are almost entirely offensive, so pinning him in the defensive zone is not a good use of his skills. 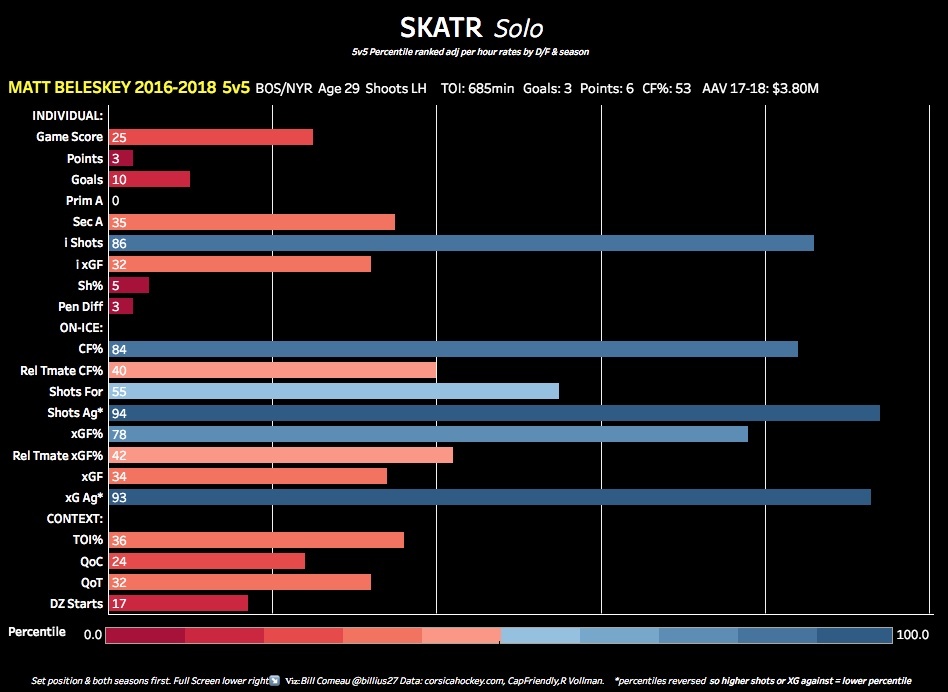 This is a lot more in depth look into Beleskey’s performance on the ice. He’s a shooter, and when he gets hot, he puts up seasons like he did in Anaheim. He’s in the 86th percentile in shots, and 84th percentile in shot generation. So when he’s in the offensive zone, he’s likely to put the puck on net and often. His xGF% is pretty high as well.

But it’s defensively we have issues. His shots against performance is among the worst in the league (that’s reversed in the graph above, so the higher the percentile the worse he is). The same goes for his xGA. Defensively he’s a tire fire, but it looks like he more than makes up for it offensively.

Both graphs tell the same story of Beleskey: He is a pure offensive player who, in the right situation, could probably produce. A fourth line role that isn’t a shutdown role is best suited for him.

At $3.8 million, Beleskey wasn’t worth it to Boston. But at $1.9 million, putting him in the right situation might actually boost his trade value for more assets. A Beleskey that plays well is an asset for the Rangers. Putting him in a position to succeed will drive his success.