Tale of the Tape: David Quinn’s BU, Part I 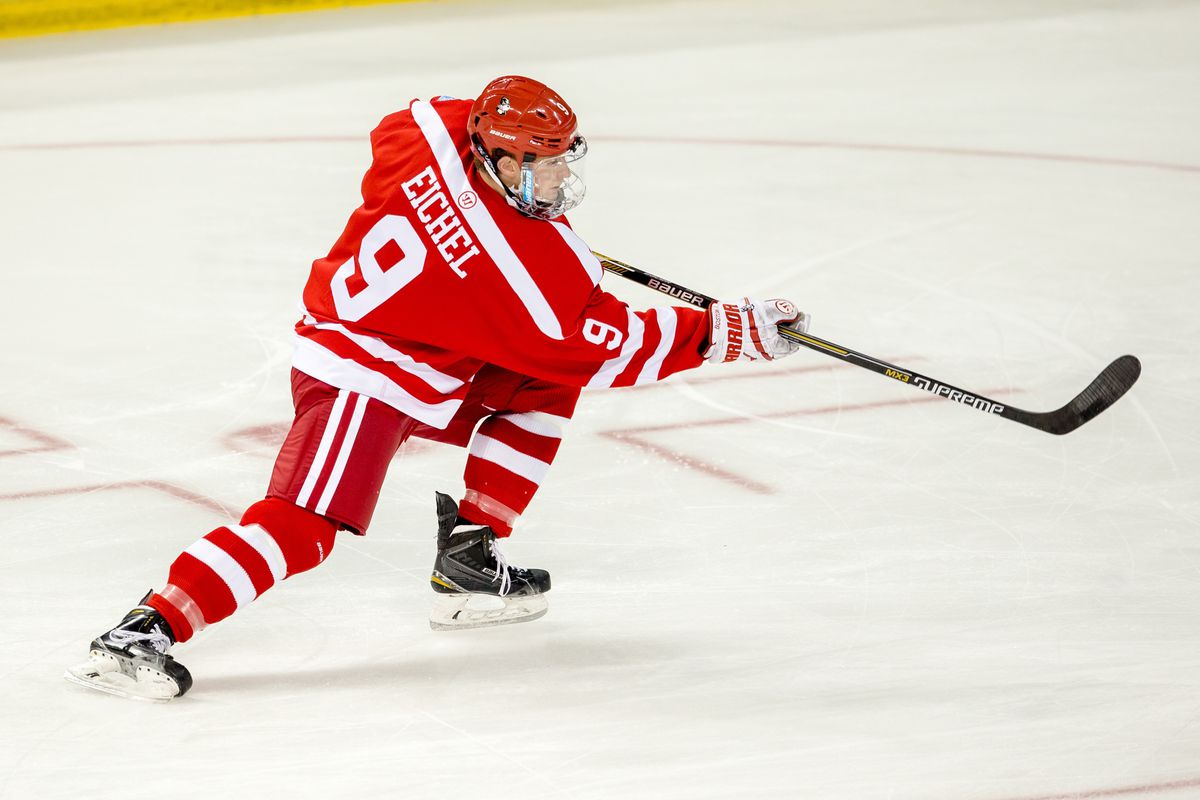 Not our guy, unfortunately

The Rangers have a new head coach as you may have heard, and with that comes a new style of play. The latter part of the equation there raises some questions about the style of play he intends to implement and the way he hopes to use his personnel, all of which can be alluded to in press conferences but have to be seen to be believed.

As such, a little bit of video analysis is called for, and although this is just a short clip and the analysis here will be pretty cursory (I’m unfortunately writing this on a bit of a short schedule, for no fault but my own, so apologies) I hope to go more in depth in the future. Without further ado, here’s a clip of BU playing Denver from 2017. It’s worth noting in this clip that BU ends up losing, which is not totally unexpected given that Denver was ranked first overall and BU only sixth, however, BU hangs in there and creates some nice plays worth picking apart.

The first two plays shown here are defensive breakdowns on the part of BU, allowing Denver to score. On the first goal we see two BU defensemen doubling up on the far winger, leaving only one man to cover two Denver skaters as they crash the net. The Denver player carrying the puck is able to work it in front from behind the goal line just on the post, and then the two guys crashing the net put it in the goal. Not such great defending, and the less experienced Rangers d-men might have this problem, but I think a guy like Kevin Shattenkirk or Brady Skjei, who are pretty solid skaters and also sound positionally, would hopefully be able to shut this kind of thing down. Things get tricky when another team is crashing the net of course, but it’s also important to remember who we have between the goal posts.

Next up is a powerplay goal on the part of Denver, which is going to be difficult in any situation and may be less indicative here both as far as David Quinn at BU goes (he likely had an assistant coach handling special teams) and as far as David Quinn in New York goes (he’ll likely also have an assistant coach handling special teams). Still, we see that unfortunately, the BU PK is stacked in an “I” formation from the goalie up, leaving both wingers wide open for opportunities, as well as the point man with plenty of space to dish. They eventually chase to the near winger, but it’s too late, and he rips a pretty nice shot from the top of the circle to score. Worth pointing out here is that although the man in the slot is covered pretty well by the collapsing BU defenders on either side, cutting off both the pass to the middle and the cross-ice dish to the opposite winger, the guy on the near side knows he has plenty of ripe opportunity and a screened goalie to boot. Not a great look for the BU PK, but it happens.

The first BU goal shown here is pretty brief, and we don’t really get too much idea of how they moved the puck up the ice through the defensive and neutral zones, but there is one thing that I love to see here: The cross-ice pass. It’s all made possible by playing what Quinn has referred to repeatedly in his press conferences: in-your-face hockey. The man in the corners pressures well on the Denver puck retriever, freeing it up to go to the opposite end. The puck is quickly scooped by BU in the opposite corner, and then passed quickly and accurately across the slot to an open man who wrists it quickly into the back of the net.

This kind of play keeps the goalie moving, as Steve Valiquette often points out, and is effective in the way it makes the defense scramble. With the kind of personnel Quinn will have to work with on the presumptive top line of Chris Kreider, Mika Zibanejad, and Pavel Buchnevich, we’ll hopefullu be seeing a lot of this. It was apparent to some extent last year, but a quick thing to point out is how low it takes place, making the angles difficult for the goalie and being set up by the high-pressure hockey Quinn has emphasized in the press. A nice one for sure.

Another one that I think we’ll be seeing a decent amount of, especially with the Rangers personnel available for use on the powerplay. We have the BU point-man working the puck right to the front of the net with a slick pass (Kevin Shattenkirk … hello) and then two guys in front of the net ready for a little give and go. The first BU attacker is already planted at the post and plays the body well positionally to box out his defender and collect the pass, with the second forward and eventual goal-scorer originating in the slot and just drifting down towards to puck-retriever for a quick dish and nice finish.

As mentioned earlier, this all takes place pretty in close, which seemed to be the idea from the start – a potentially welcome change from the Rangers pass-pass-pass (and pass … and pass …) PP of yore. A caveat is that again, Quinn most likely had his special teams coach on this one, so it’ll be interesting to see how this winds up implemented, but certainly at least there’s a philosophical shift that’s top-down here.

Some nice puck retrieval and cycling here gets BU the goal yet again, with a dump from one half-board area to the opposite being quickly retrieved by overlapping attackers, and then skated around behind the net. The two players looking to scoop up the puck communicate well and the one who actually gets possession following the dump play again sends it away behind the net, with the overlapping man heading off to get it immediately. He then skates it around smoothly and gets to the outside of the Denver man trying to cut off the pass to the point, where Dante Fabbro shifts ever so slightly from the top of the circle where he receives the pass to the high slot and lets it fly for the eventual goal.

Just a solid play all around, and pretty excellent work getting around a Denver defense that played it much too cautiously and seemed to be just a step behind the whole way. If Quinn deploys his lines correctly and instill both the value of forechecking hard and pouncing on the puck while still making skill plays this could become a staple for the Rangers, something we didn’t really see under Alain Vigneault. It’s also pretty cool in that Quinn’s team will be developing, and guys like Andersson, Chytil, and K’Andre Miller will fit in well here as far as making smart positional plays, working hard for pucks, and getting open the right ways. I’m looking forward to this kind of thing in particular.

Finally, we have DU getting the game-winning goal on basically just a walk-in down low. I wouldn’t make much of this aside from the fact that here it’s BU that plays it tentatively. In the NHL defenders are much more aggressive and skilled at shutting down these kinds of plays, so don’t be too concerned. Still, you’d like to see the guy tied up on the boards by the Denver attacker not get so stuck there that he can’t make it to the puck carrier by virtue of the fact that there’s a DU guy between the two of them, and then the BU guy who drops to his knees doesn’t do a great job on Troy Terry as he gets the goal.

The goalie’s angle is a bit off here as well, which shouldn’t be too notable given that we have the best goalie in hockey (at least I think) in net. I don’t mean to be overly critical here either, because again this is a very “college hockey” kind of goal and these guys are just acting instinctually, which is totally understandable. The trick for an NHL coach is rewiring the players’ instincts in often counterintuitive ways in order to make smarter decisions, which might be difficult for Quinn given that this is his first job as a head coach in the pros. Still, if he has good assistants and he transcends his instincts it should be fine.

So there we have it, some brief, cursory textual analysis as it were. I hope you all enjoyed, and again, I hope to be able to produced deeper stuff in the future for you all. Feel free to post in the comments what you’d like to see more of as far as what video clips I review or how exactly you’d like to see me pick it all apart. Happy Monday, folks!