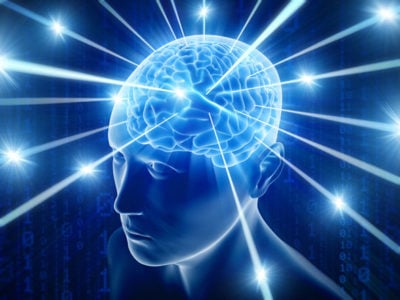 I’d like to start today’s post off with an assumption that everyone is familiar with the modern idiom “paralysis by analysis.”  If you’re not, here’s a quick definition courtesy of everyone’s best friends over at Wikipedia:

“Analysis paralysis or paralysis by analysis is the state of over-analyzing (or over-thinking) a situation so that a decision or action is never taken, in effect paralyzing the outcome.”

This clever term came to mind yesterday as I took a break from my Fourth of July activities to check Twitter (never a good idea on a summer holiday, but I couldn’t help myself).  I came across this from Ranger fan Patrick Cunningham:

I’m more than fine with the rangers not being good next season — but the way so many of you are lusting after all of the worst contracts in the league is positively insane.

To put it succinctly, I couldn’t agree with Patrick more.

Obviously we’re still in the throes of the NHL’s offseason madness.  The ink is barely dry on John Tavares’ new contract, there are still a handful of pretty good free agents available, and Pierre Dorion is still locked away in a lab cooking up an Erik Karlsson trade that may set a new standard for stupidity in the NHL.  As Doc Emrick would say, “What chaos!”

Amidst all of this fun, the Rangers are looking for the proper avenues to continue their rebuild.  They are in prime position to do just about anything considering their salary cap flexibility, relatively deep asset list and the low stakes surrounding this offseason.  This atmosphere has led to a ton of really interesting and valuable discussion in and among the Ranger community online, in traditional media spaces, and surely wherever hockey fans gather in person during the offseason.

One of the great things about being a fan in 2018 is the wealth of information that is always at your fingertips, for free. Want to convert Vitali Kravtsov’s pro stats into NHL equivalencies and compare those to Oliver Wahlstrom’s?  You can (and Pat did an amazing job on that here)!  Wondering which Rangers salaries will still be on the books three seasons from now?  CapFriendly is free and really useful!

To bring it back to the original point, there has been lots of speculation about the Rangers’ opportunity to use their available salary cap space as an asset.  By offering to take a bloated contract off of another team’s hands, the Rangers could use that as leverage to acquire prospects and/or draft picks.  And so we end up here, discussing a seemingly endless list of players, including but not limited to: Ryan Callahan, Bobby Ryan, David Backes, Andrew MacDonald, Matt Martin (before he was traded), Troy Brouwer, Brent Seabrook, Milan Lucic, and Brandon Dubinsky.  But a word to the wise: just because you can do it doesn’t mean it’s a good idea,

In a vacuum, acquiring any of these players in the right deal could be useful.  But what it seems is getting totally lost in this discussion is the fact that the Rangers are trying to build an actual, functioning hockey team.  Yes, it’s possible (even probable!) that they are going to be bad this season, and perhaps even the season after that.  At the risk of telling people how to be fans, I will offer the gentle reminder that professional athletes don’t tank, and the Rangers’ front office staff doesn’t approach its job like an NHL GM simulator.  Yes, it’s fun to delve into hypotheticals, but at some point the discussion strays from reasonable into Galaxy Brain territory.

So far, the Rangers have been patient in their approach to this offseason, and it seems as though Jeff Gorton is playing by his rules only.  He’s checked in on lots of free agents that we know about (and some that we don’t!), but when the asking price got too steep, he moved on.  He’s done his due diligence on the trade market, but is not going to sacrifice prospects or draft picks, seemingly even for Erik Karlsson.

Still, there are 82 games to play, starting in three months.  The Rangers will put 18 skaters and two goalies on the ice and they’ll try to beat the Nashville Predators.  Maybe one of those names listed above will be among them.  But if not, it doesn’t mean the Rangers got it wrong.