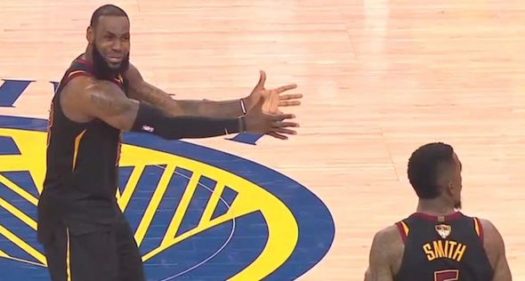 I’m about to lead this post with the understatement of the century: Twitter can be an interesting place.  I use the word interesting deliberately, because the platform can be, on a literal tweet-by-tweet basis, equal parts hilarious and infuriating.  As an avid sports fan, sometime blogger and someone who’s employed by an independent sports media business, being on the platform is essential, if not addictive.

One of the best aspects of Twitter is how it actually forms communities of like-minded people and provides them a platform to discuss their interests. During massive events – such as the Stanley Cup and NBA Finals – that discussion often turns to quips, quips transform into memes, and much hilarity ensues.

All of that is fine and good, but it’s usually not long before things turn sour and combative.  Over the last few days, hockey Twitter in particular has gone from a place that should be celebrating its sport’s  to one that has become sanctimonious and joyless.  It all begs a very simple question: why can’t hockey fans just enjoy hockey?

Last Monday, the Stanley Cup Final between Vegas and Washington opened with a bang.  Game 1 was a 6-4 barnburner, featuring four lead changes, tons of scoring chances and generally frantic play.  It was an incredible advertisement for what hockey can be, and it set the stage for what should be a memorable series.

And yet, all anyone could seemingly talk about was the pregame show.

The Golden Knights have decided to embrace the kitsch and absurdity of the city they’re based in as their brand.  Everything is big, loud, and completely over-the-top, and the pregame show is pretty much the perfect distillation of that into a 10 minute spectacle performed on ice.  And you know what?  There’s nothing wrong with that.

But many denizens of hockey twitter would have you believe that this pregame show is an affront to the game and everything it stands for.  Just search “Vegas Pregame Show” on Twitter and see for yourself.

Difference between hockey and basketball. Teammate makes biggest mistake of his life. Hockey – 20 guys pat him on the back and say shake it off bud we got u and also stick up for him to media. Basketball – 10 guys leave him alone on an island to fend for himself

Prust is of course referring to JR Smith’s epic gaffe in Game 1 of the NBA Finals.  The tweet above is laughable and extremely problematic for a whole host of reasons. It may very well be the Please Like My Sport Tweet to end them all.  Prust is also commenting on a sports culture that he knows literally nothing about, based on one moment in one game, when he has no idea how JR Smith’s coaches and teammates actually dealt with this situation.

The idea that hockey is superior to basketball because of some unwritten “Bro Code” steeped in honor and selflessness is of course completely absurd.  It’s an idea rooted in some weird inferiority complex that is clearly felt not only by hockey fans, but also players.  It also assumes that hockey players don’t ever engage in the type of demonstrable anger towards their teammates that LeBron James did with JR Smith.  If you’ve ever seen Henrik Lundqvist (rightfully) scold one of his defensemen for being out of position, you’ll know that isn’t the case.

The reason young people of all backgrounds enjoy the NBA more than hockey on the whole is because it institutionally embraces individuality, personality and entertainment, while hockey and its fans take deliberate steps to minimize all of those things in pursuit of some unknown distinction as Most Hono(u)rable sports league.  In the process, it does continual damage to its own ability to grow and reach new (read: young, diverse) fans.

All of this is to say, hockey fans are really good at one thing: taking the fun out of the sport.  So my message to all of you guys is, let’s just enjoy the Stanley Cup Final and try to celebrate it for what it is: the zany end to another season of our favorite sport.