Real value versus perceived value: The cast of Jimmy Vesey 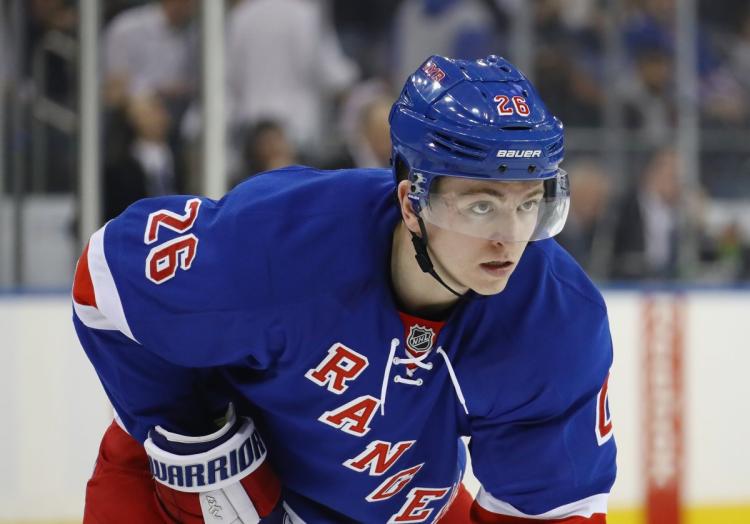 Jimmy Vesey is an interesting player for the Rangers. A highly sought after college free agent, the former third round pick chose to come to New York after refusing to sign with Nashville. Vesey broke out in his junior year in Harvard, and used that leverage to select his destination.

I mention this only because that hype plays into how he is perceived across the league, especially by fans. That hype, coupled with a pair of seasons where he put up over 15 goals, has only fueled the discussion. Is Jimmy Vesey worth it? Or is he going to become overvalued?

Let’s start with the basics: Vesey has been used by Alain Vigneault in most situations, playing up and down the lineup and at all strengths. He has managed to put up 16 and 17 goal seasons, with most of his production coming at even strength. On the surface, that is pretty good.

The popular argument against Vesey is that while his goal counts are solid for a bottom-six player, there isn’t much else there. It isn’t difficult to come to this conclusion either. 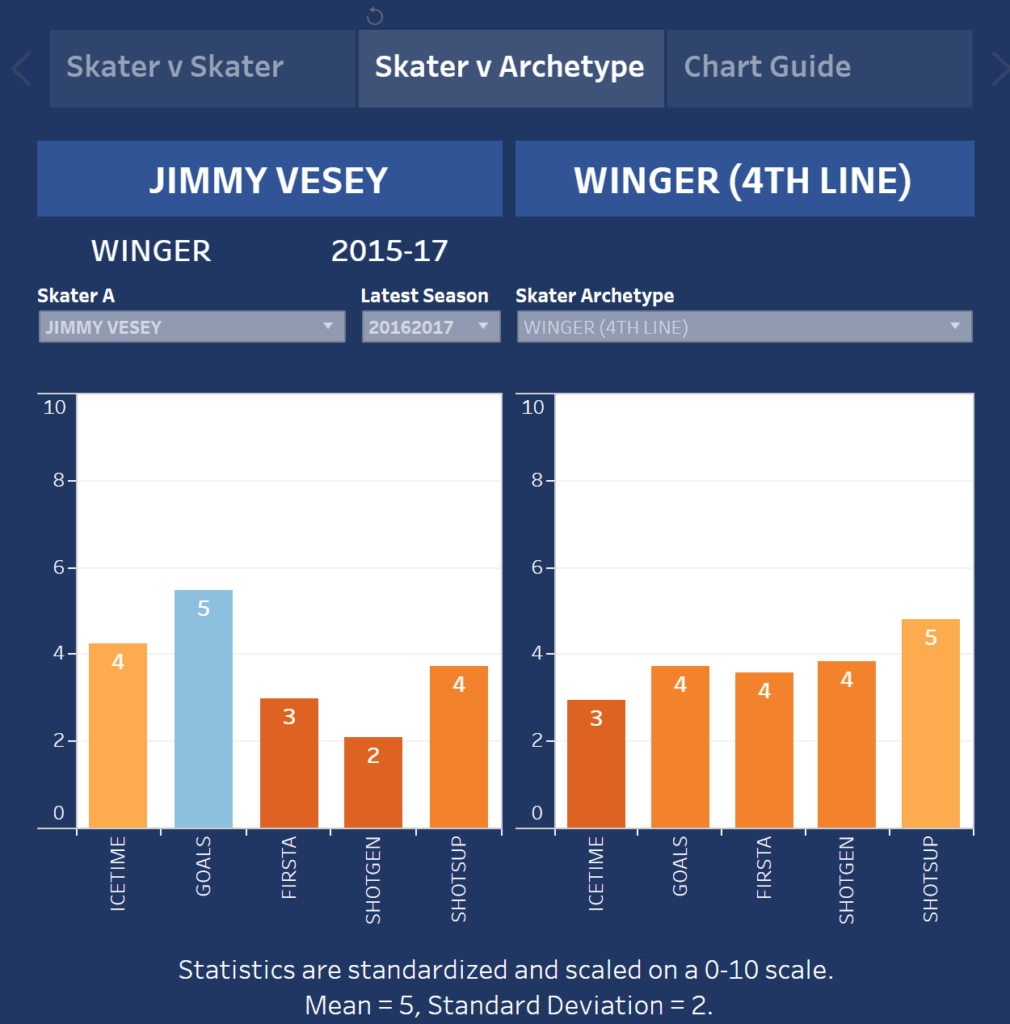 Vesey’s possession numbers are downright atrocious. He isn’t playing sheltered minutes either, so it’s easy to see why this viewpoint can be had. However, and I’m going against the grain here, I am actually willing to give all Rangers from the past two seasons a pass on their possession numbers. I am 100% on board with the “it’s the system” train.

That said, his numbers do scare me a little bit. I’m willing to wait and see on Vesey to see if he can figure it out with a better coach, but that isn’t the point of this discussion. Given what Vesey is –a bottom-six player who scores 15-20 goals a year– he might be a case of higher perceived value than actual value.

Let’s take a step back for a second. When the Rangers signed Michael Grabner to a deal worth $1.6 million a year, it was deemed a fair deal for a guy who would put up 15-20 goals and be a shot of speed in the lineup the team sorely needed. Vesey puts up similar numbers to Grabner, at least before the latter broke out for all the goals. Yet it seems like fans are willing to pay more to keep Vesey around.

And therein lies the crux of the discussion. Vesey’s perceived value around the league may actually be higher than his actual value. All signs are pointing to Vesey getting a raise on his $925,000 salary from his ELC. The wrong deal for Jimmy Vesey could be one of those facepalm deals down the road.

So let’s circle back to perceived versus actual value. Vesey’s actual value is a bottom-six player. However it seems like he is on pace to be paid as a middle-six forward. That might be something the Blueshirts want to exploit in this rebuild. If his contract value is that high, then surely his trade value should be higher than his actual value as well.

I’m not going to sit here and attempt to guess what Vesey or a package with Vesey will fetch (it won’t get you Dahlin or the top-three, so don’t bother), but it’s something worth exploring. If he’s not a core player, there’s nothing to lose.