Mailbag: Moving up at the draft; Where would Chytil be drafted? 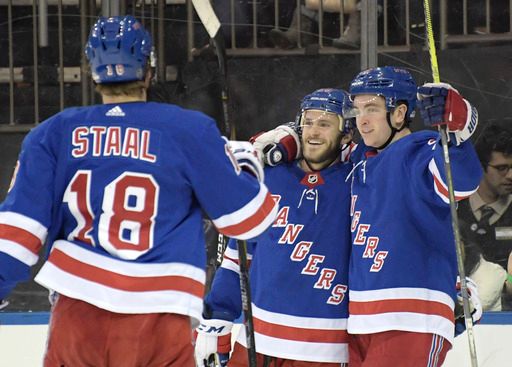 Felix asks: After watching him play for a year, where do you think Chytil would be ranked among all prospects if he had waited to be drafted this year as opposed to last year when he barely made the age cutoff?

This is a tough one. For those who don’t know, Chytil made the age cutoff for last year’s draft by roughly ten days. He was a first round talent despite being just 17 years old, and it shows in the way he plays. He’s 18 now, and doesn’t turn 19 until September, so the kid is still finding his own. Yet despite that, he still has the potential to be an elite talent.

It’s virtually impossible to say where Chytil would have gone because we don’t have the benefit of seeing him play against kids his age. He was 18 years old playing in the AHL against men. We can only really compare him against players like Rasmus Dahlin, who was also playing against men. The rest of the projected top-five in this year’s draft all played in lesser leagues (QMJHL, OHL, NCAA, and Allsvenskan).

Given that Chytil put up 31 points in 45 games in the AHL, which again is a league of men, not kids, I would put Chytil as a top-five pick this year. But he made the cutoff for last year, so he went at 21st overall. That’s a big thing to note for the Blueshirts. They got a potential top-five talent at #21 because he made the cutoff. Bodes well.

Anthony asks: If the Rangers were to shop around a package of one if the 2018 1st rounders + Spooner or Vesey and try and tie half of Staal/Smith contracts, what kind of return do you think they could get? Is it enough to pry something of value out of Carolina (Hanafin?), maybe Calgary (Brodie?)

This is another difficult question to ask because I simply don’t know how much teams value Staal or Smith at 50% of their contracts. So let’s stick with what we do know. It’s safe to assume that the Rangers aren’t going to trade their first pick, which could be a top-ten.

We also know that no combination of a first rounder in the 20s and Spooner or Vesey would get Hanafin or Brodie on its own, let alone with a contract tied to it. That is overvaluing Spooner and Vesey. Realistically speaking, if you’re looking to tie a contract into a deal, then it’s going to be with a prospect, not a 24 year old winger (Vesey) or 26 year old center (Spooner). At least that’s the way I see anything like that happening.

If I’ve learned one thing though, it’s that I have no idea how to value players in trades. Glen Sather always surprised me with his deals. Jeff Gorton has done the same so far, both good and bad. I wouldn’t count on any favorable deals that involve a salary dump though.

Food for thought: Why do a salary dump trade when the Blueshirts have cap space, and it isn’t an immediate need?