Who Are the New Prospects? Some Info about the Deadline Aquisitions 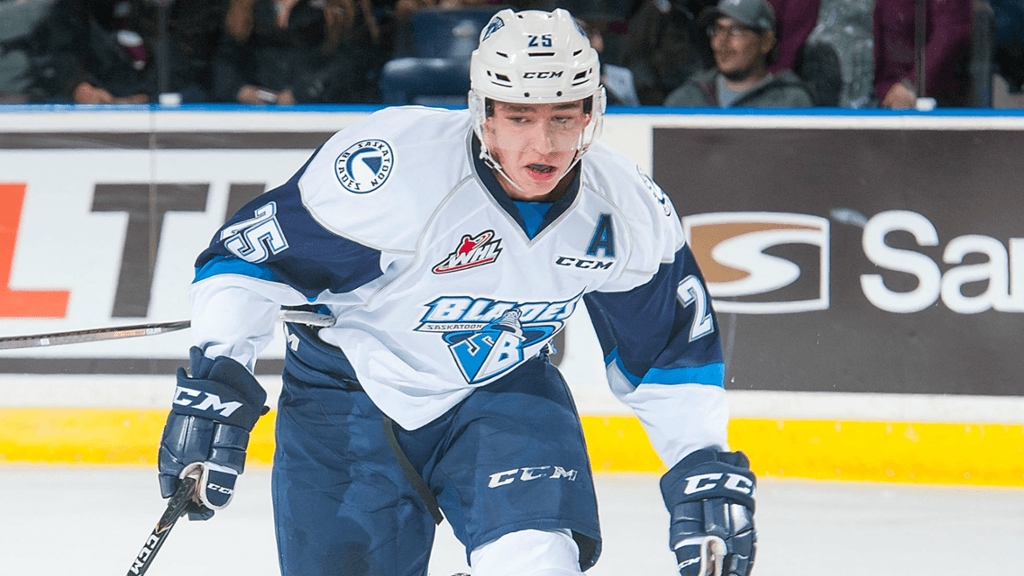 First off, I would like to show my appreciation for the Rangers management realizing that a rebuild might be the best option in order to compete in future years. The Rangers began to trade off some fan favorites and target young players to try to jump start said rebuild. It is understandable that people may be upset that after the sell offs. since we didn’t get an absolute ‘A’ level prospect, but at the same time –in something like Ryan McDonagh’s case– would you move someone like Mikhail Sergachev for 1.25 years of McDonagh if the sides were flipped?

Most of the value the Rangers acquired is in the draft picks. Given the now deep center prospect depth, getting picks in a draft dominated by wingers and defensemen is pretty nice timing to help build hopefully a future contender. Based on who the Rangers have acquired, I envision a team being built that will come at you in waves. Filip Chytil looks like he can be a first liner, Lias Andersson looks like he will be a quality NHLer too. The Rangers as of now don’t have a franchise prospect (hopefully a draft lottery win can change that), but the pieces that we have recently acquired are the pieces that can potentially develop into key players that help separate contenders from pretenders. Quality depth is just as important as elite skill.

There are a lot of story lines that surround the prospect received from the shocking trade with the New Jersey Devils. Let me first say that I am really happy the Devils traded Rykov away in this deadline, and I am even happier that he is now a Ranger. Rykov is a quality puck moving defenseman prospect playing for SKA in the KHL. At 21 years old, he is playing 3rd pair minutes on a team that can likely defeat some current NHL teams.

A problem regarding Rykov never really involved his skill but more that there was fear he may not come over. I think the Rangers have less to worry with this as we have always seemed to get guys to come over to the States. There are a couple of Russians currently on the roster, Nickolai Bobrov –the NYR director of European scouting– was a former employee of SKA, and Igor Shestyorkin is his current teammate with both contracts expiring at the same time. It can be much easier for both to come over to America if they are coming with a friend.

I’ve seen a few people compare Rykov to Dmitry Orlov and I think that is pretty fair, but overall he really is just a tank on the ice. He has both the talent and the physical stature to be a defenseman that is necessary to build a championship team. He plays with his heart on his sleeve while being absolutely adept at moving the pucks from the defensive zone. Overall, I would consider him NHL ready right now. Don’t be surprised if he will be on the Rangers’ roster during the 2019-2020 season and quickly loved among most Rangers fans. He definitely checks all the boxes in the kind of defensemen people love to have.

Warrior. That is commonly the word that is used to describe Lindgren. I haven’t had much chance to watch the NCAA this season but I have a few friends who watch the University of Minnesota who have rave reviews about this prospect. Unlike our other acquisitions, Lindgren is likely more of a bottom pair guy should he make the NHL, but a key feature in a championship team is having no weak links. Should Lindgren make the NHL on our 3rd pair I am sure he would be considered one of the underrated pieces.

Lindgren is seen more of as a defensive defenseman but that shouldn’t necessarily be associated with being an anchor. He is a nice skater and uses that to close people off fast. He also absolutely loves to hit and looks for the open ice check when given the opportunity. He blocks shots and even at his young age is seen as an emotional leader on and off the ice, being an assistant captain as a sophomore is a ringing endorsement of how he is perceived by coaches and teammates.

Offensively, he certainly leaves more to be desired but at the same time, while I am a big believer in hoping for those super high producers, the NCAA especially in regards to defensemen certainly have more than what meets the eye. After all, even Brady Skjei had 10 points as a sophomore at the University of Minnesota, Josh Manson –one of the prime defensive defensemen in the NHL– didn’t even hit 10 points until his last year in the NCAA. I do think he should be able to jump more into the rush because for a stocky defenseman he is a pretty good skater.

Lindgren is another example of the type of prospects the Rangers added to the system, a good skater who can think the game really well but also has those intangible qualities that coaches seem to love when building a team. Lindgren can be a nice project for the coaching staff, but unlike the other prospects that they traded for, I think it is fair to think of Lindgren as more of a long term project. He will likely finish another year of college and at least a year of the AHL as well.

I don’t know about you but I really loved that Hajek was able to get some airtime when the Rangers played the Calgary Flames. Hajek, in similar fashion to Rykov, is another big bodied, puck moving defenseman that is key when building a team in this version of the NHL. As Larry Brooks and a few other beat writers documented, Hajek is an interesting prospect because of his production at the world juniors and the ringing endorsement from respected coach John Paddock, stating that he may be NHL ready by next season.

What everyone can expect from Hajek is a brilliant two way defenseman who uses his skating to absolutely smother players both large and small against the boards and also jump in on the rush. He is one of those defensemen that goes quietly unnoticed all game until they either shut down a huge play against or become the extra man on a rush that causes a chance. His offense is prevalent as he is one of the better producers among his WHL defensemen peers when you factor in ice time. He really is just a super smart defenseman that will be able to be a big piece for the Rangers.

One of the things that can be intriguing to fans is that even though he is a left handed shot, he has been able to play on the right side and from viewings, looks extremely comfortable there as well. This fits a big need, as there is a lack of defensemen who can likely take these heavy usages against some super talented offensive players, especially on the right side. I think that Hajek can be one of hopefully a couple of possible answers to this problem, getting a defenseman who we can trust to be both a great shutdown guy but also produce points for us is huge for the rebuild.

When you include Brett Howden to a prospect pool that already has Chytil and Andersson, it becomes difficult to find teams with better center prospect depth. Howden is a two way playmaker who seems to have many tools and tends to be a jack of all trades. Similar to Andersson’s wonderful defensive play, Howden is no slouch defensively and has been able to take many key matchups for his team. While Andersson has a great shot that makes him a really strong prospect, Howden makes his money with quick accurate passes in tight and being a strong net front presence.

I don’t think I have to talk about how it seems that the Rangers never have anyone in front to clean up rebounds or cause issues for the opposing goalie, but Howden would be an answer to that problem. A few people see him more of a 3rd liner, but I would have to disagree. His production has grown every year, he tends to rise up in the big tournaments such as the World Juniors, and it will be interesting to see how he will do in this year’s WHL playoffs.

Many other avid prospect watchers have mentioned that Howden doesn’t have breakaway speed that can separate him from the opposition. This can end up being a problem, but it is also in my opinion one of those things that can be coached and improved more easily than what Howden naturally has, which is the ability to read and exploit a play. We saw guys like Brian Boyle truly develop under the tutelage of Barbara Underhill, and I am willing to bet that if it really needs to be done, the Rangers can improve Howden’s skating, but as of now I don’t envision it to be a massive issue.

Similar to the other prospects, Howden too is in a leadership role and has been even at a young age. He is a two year captain and was an alternate at the time of his draft year. I think through brains alone, Howden can carve out a really nice role on the middle-six but I think if he ends up on the third line, you’d be hard pressed finding a better overall 3rd line center. Normally, you’d love a center that can be useful on both the power play and the penalty kill, Brett Howden is exactly that.